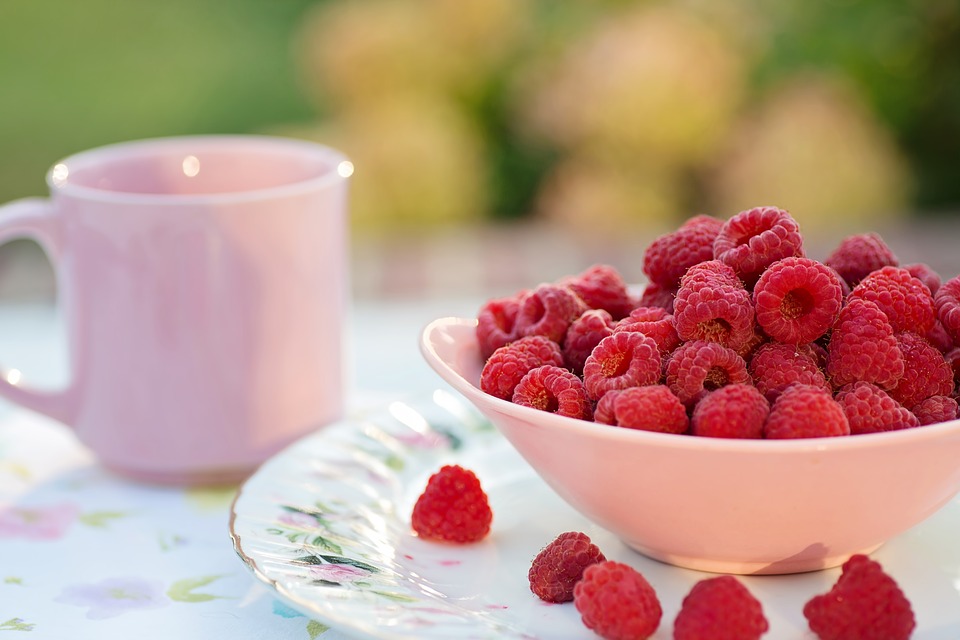 Raspberries are delicious, red-colored fruits with a wide range of impressive health benefits. The fruits can help lower the risk of heart-related problems, obesity, and cancer.

They are rich in nutrients and contain significant amounts of dietary fiber, manganese. Raspberries also possess vitamins and polyphenolic antioxidants like anthocyanin pigments which help to improve overall health. In addition, they are great sources of iron, folic acid, B vitamins, and copper.

Red raspberries possess the highest concentration of antioxidants amongst all fruits because it is rich in gallic acid, salicylic acid, ellagic acid, cyaniding, catechins, anthocyanins, kaempferol, quercetin, and pelargonidin.

Let’s take a look at some of the top health benefits of raspberries.

Raspberries contain phytochemicals that have proven to be beneficial to the immune system, particularly as it relates to immunotherapy. These chemicals help treat diseases by stimulating the immune response.

Studies have shown that this superfruit helps the body fight off infections that are caused by weak immunity. The presence of a water-soluble vitamin like vitamin C in raspberries might also help enhance immunity. They also contain beta-carotene that helps boost the immune system.

Apart from its fruits, raspberry leaves are also used for medicinal purposes. For so many years, the leaves were made into tea, which was used as digestive aids and treating conditions that affect the gastrointestinal tract.

Raspberries are also very rich in fiber because the internal structure of the fruit is made of several sections, each with its own seed surrounding a central core. This internal structure increases the fiber content of the fruit, which prevents food cravings and eases digestion without adding calories to a person’s diet.

However, it is better to check with a medical doctor before using raspberries to treat digestive problems. There have been reports of the fruit resulting in other digestive issues. 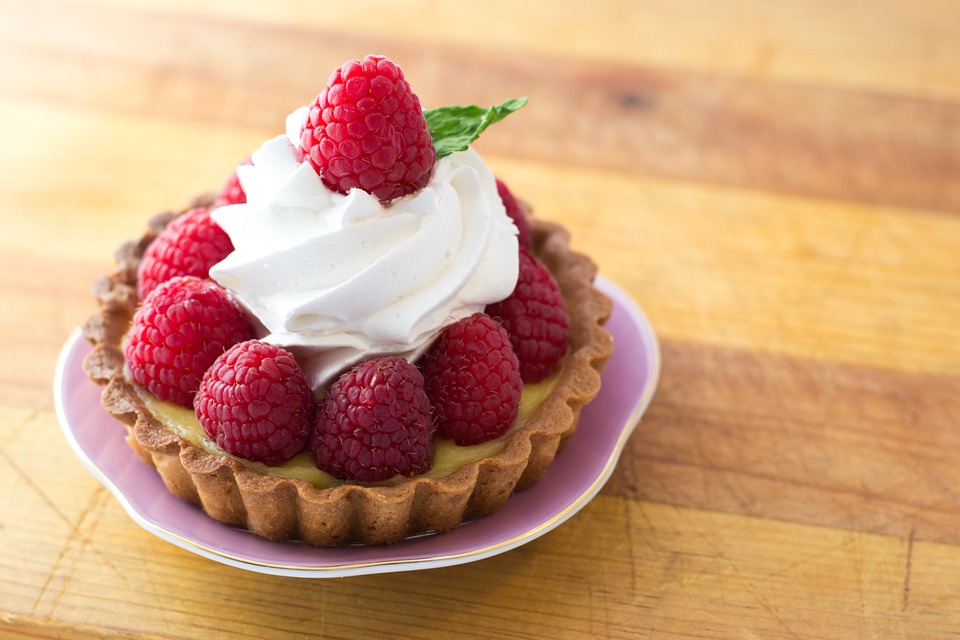 Raspberries are able to burn fat because of their manganese and fiber content. As we had already mentioned, fiber discourages you from binging on food and eases digestion. Manganese helps boost metabolism and helps burn fat fast as well.

Since raspberries are low in calories and are fat-free, they can be incorporated into your weight loss diet. Foods like raspberries are also low in glycemic index (GI) and so have little effect on blood sugar. This prevents blood sugar levels from going up.

Preliminary results from some studies have shown that the raspberry ketones present in raspberries can accelerate fat breakdown, which might eventually lead to weight loss. This is achieved by boosting lipid metabolism, which seems to be the main function of raspberry ketones. Raspberries also contain another compound known as resveratrol, which converts the bad fat in the body into good fat.

According to some research, raspberries are rich sources of ellagic acid, which can help prevent various cancers, including lung, skin, cervical, esophagus, bladder, and breast cancers. This is because ellagic acid functions as an antioxidant, thereby destroying cancer cells, and slowing down the reproduction of certain cancer cells.

Raspberries contain anti-carcinogenic properties due to the presence of anthocyanins, a naturally occurring compound that gives the colored pigment to vegetables and fruits. Anthocyanins are known to prevent inflammation, inhibit cell transformation, and encourage normal activity in cancer cells.

The polyphenols in raspberries can protect the cartilage and reduce the severity of arthritic conditions. When consumed on a regular basis, red raspberries can help treat inflammation and keep the joints healthy.

Raspberries leaves are beneficial for women, especially during pregnancy. They lower the chances of a woman’s membranes being ruptured during labor. Regular consumption of raspberries leaf tea can also help pregnant women avoid a Cesarean section and shorten labor. The fruit has no side effects for the mother or child.

Great for the Heart

With its rich fiber content, these berries help support heart health. As you already know, raspberries contain compounds called anthocyanins, a type of flavonoid that is great for the heart. These compounds can significantly reduce the risk of heart disease in postmenopausal women. They also reduce oxidative damage and inflammation linked to cardiovascular disease. In fact, the anthocyanins in raspberries have a range of other effects on blood vessels and platelets that maintain a healthy heart.

Regular intake of raspberries may lower blood pressure levels and reduce the risk of heart disease. For centuries, raspberries were also used to widen the arteries, thereby inducing the smooth flow of blood and preventing plaque build-up. The anthocyanins in raspberries also prevent blood clots from forming. 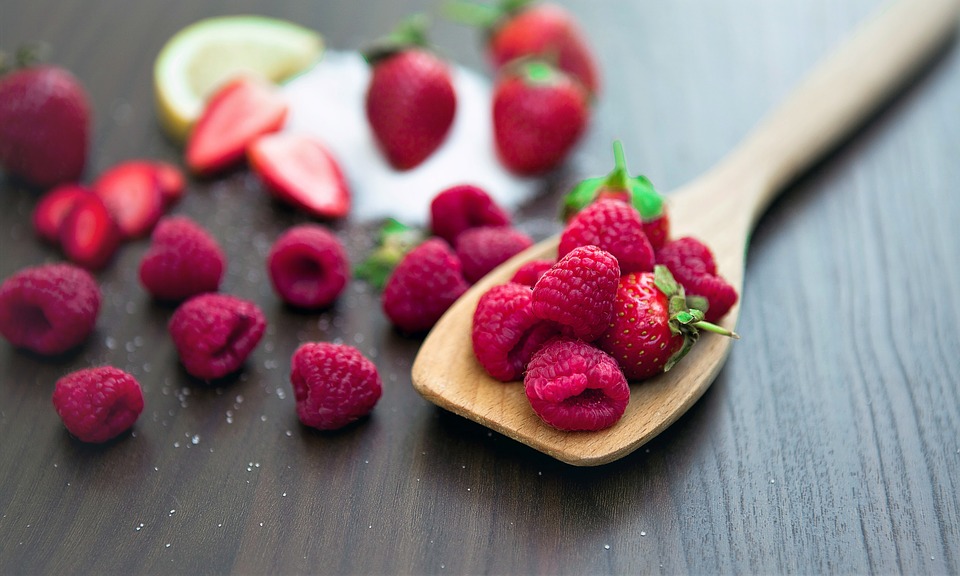 Raspberries, especially the black ones, possess anti-inflammatory effects, making them beneficial as ingredients in various pharmaceutical products. The anti-inflammatory properties of raspberries can be attributed to the presence of anthocyanins, as they protect the liquid part of the cells and combat inflammation.

Raspberries contain high levels of antioxidants, which might protect the sperm from oxidative damage. The magnesium and vitamin C in the fruit may also boost testosterone production and male fertility respectively. The antioxidants in raspberries are also believed to protect the embryo after conception, thereby lowering the risk of miscarriage.

Raspberries also contain proanthocyanidins that relax the blood vessels and encourage blood flow to the sensitive parts of the body to stimulate arousal.

Aids the Production of Blood Vessels

With raspberries being very rich in vitamin C, it boosts the growth and repair of the body tissues. Vitamin C is also needed to form collagen, a protein required for the production of blood vessels. This protein is vital for the formation of the skin, cartilages, and bones.

Raspberries help to improve insulin balance and regulate blood sugar levels in the body, thereby alleviating the conditions of those with type 2 diabetes.

Raspberries are usually incorporated into herbal antibacterial preparations for the treatment of skin conditions like eczema and rashes. 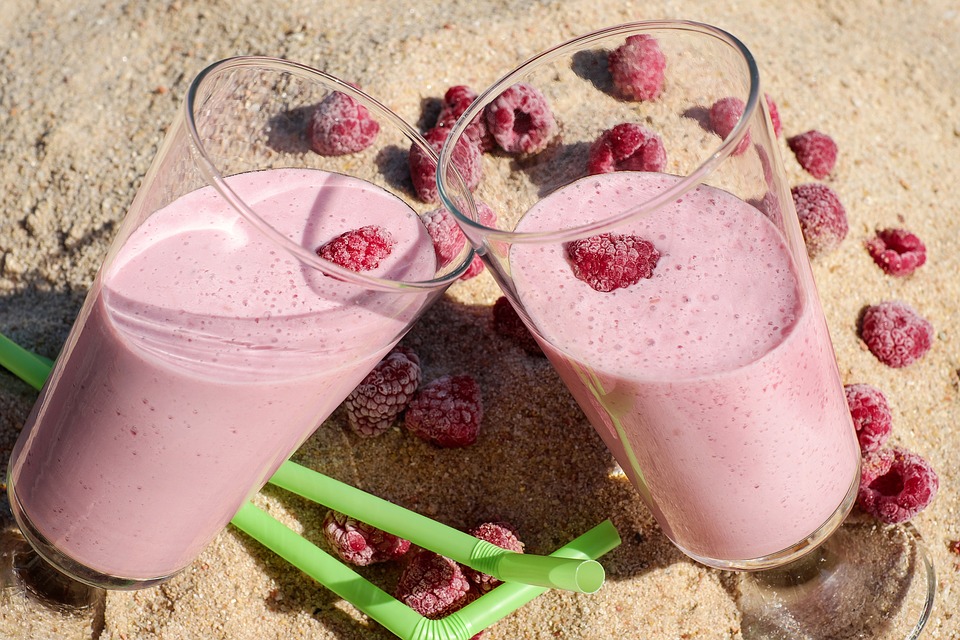 Raspberries are loaded with high amounts of antioxidants, making them great for the skin. They prevent the damaging effects of the sun and protect against skin cancer.

Due to their benefits to the skin, the ketones in raspberry fruit are used as ingredients in cosmetic products. Tiliroside, another compound in raspberry, has proven to be effective at preventing the production of melanin at the intracellular levels. Due to their antioxidant properties, the ellagitannins in raspberries also offer great protection against premature aging.

Raspberries are rich sources of folate. Folate boosts the formation of healthy red blood cells that transport oxygen to every cell in the body. This is helpful for hair follicles as they need enough blood flow and oxygen for growth.

The phytonutrients in raspberries have shown to be beneficial for boosting and maintaining memory function. They are known to fight against age-related cognitive decline.