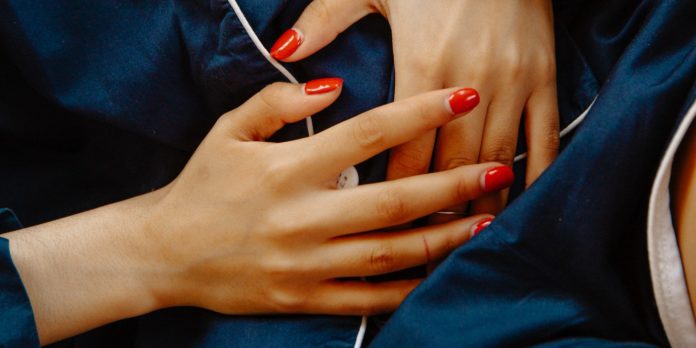 How To Treat Ulcer At Home

The first thing that comes to a layman’s mind whenever they hear an ulcer is the stomach, since the stomach, in most cases, is more associated with an ulcer. In contrast to this popular notion about ulcers, ulcers are injuries and sores and can occur on any part of the body.

Despite the various types of ulcers, stomach ulcer is still the most common and develops in the lining and walls of the stomach. According to research, stomach ulcer affects about 7% of the world’s population.

Various factors cause sores in the stomach. This could range from the disruption of the stomach environment balance, which is mostly caused by helicobacter pylori bacteria.

Most ulcer medications have grave headache and diarrhea side effects. This is why most people go out in search of natural remedies for their ulcers.

Natural and home ulcer remedies have proven to be effective since time immemorial, with reasonable testimonies from ulcer victims and medical practitioners.

Contained within this article are 9 scientifically backed and well-researched natural home remedies for ulcers. These remedies include;

Cabbage juice has been one of the most effective ulcer remedies long before ulcer antibiotics were discovered. Cabbage juice is a healthy natural juice filled with antioxidants and vitamin A. These properties are effective in combating all ulcer-causing bacterium, including H. pylori.

Cabbage juice, after some studies were carried out on it, was found to be effective in treating digestive issues that may affect the stomach.

Consuming cabbage juice every morning can help reduce the risks of stomach ulcers, and it can also relieve symptoms of stomach ulcers in people why already have an ulcer. In fact, it heals more effectively than certain ulcer medications.

A study was carried out on people who had an ulcer and were made to drink cabbage juice regularly. Studies found that about half of them showed improvement in their condition after 7 to 10 days of consuming cabbage juice, which is faster and more effective than conventional medication.

In addition, more people who were victims of unsuccessful ulcer conventional medications were placed on a cabbage juice routine, and in about one week, about 80% of them recorded positive changes in their symptoms.

Licorice is the dried root from a plant that is common in the Mediterranean region and Asia. It is a spice and also herbal remedy for certain illnesses, which include stomach ulcers. The licorice is gotten from the root of the glycyrrhiza glabra plant.

Studies confirm that licorice after close observation has ulcer-combatting and ulcer-preventing compounds.

It does this by stimulating the intestines and stomach to produce surplus mucus that protect the stomach walls and lining. This surplus mucus has the capacity to make the healing process faster and reduce the pains associated with an ulcer.

The growth of the major bacteria that causes ulcers is inhibited by licorice; this is why rigorous research is ongoing on how licorice can be converted into a supplement.

Despite all these health benefits, it is important to note that licorice interferes with other medications and can cause side effects like numbness and muscle pain through excess usage. This is why it is important to consult your medical health provider before taking adding licorice to your diet plan or before increasing the quantity in your diet.

Hones is one of the richest foods in the world. It can be both food and a snack. It can also be a topping on other snacks. Honey is delicious and also has numerous other health benefits. It is rich in antioxidants and helps beat down risks and improve certain health conditions like heart and eye diseases, certain cancers, and stroke.

Honey is also effective in the quick healing of wounds and sores; this is more reason why it can heal the ulcer. According to researchers, honey is capable of fighting and eliminating the H. pylori bacteria that causes ulcer. 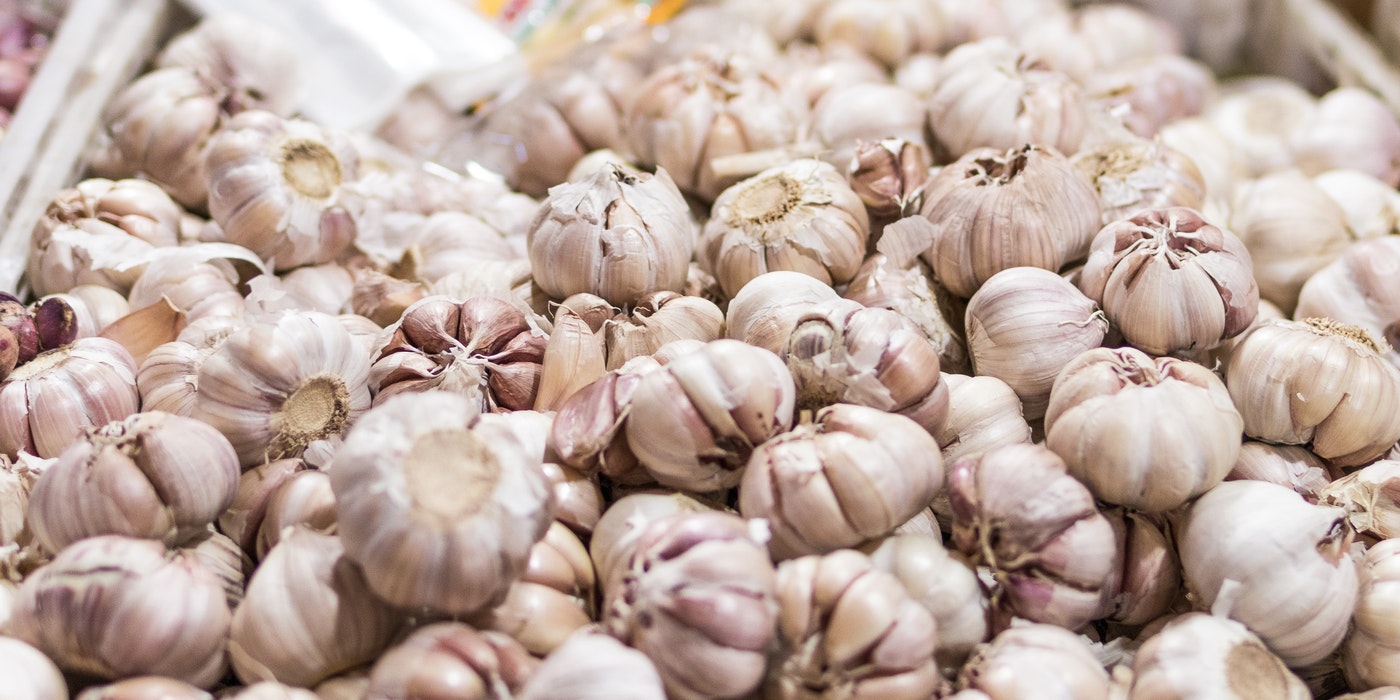 Garlic is not only a kitchen spice but also a herbal remedy for certain health conditions. It contains antioxidants, anti-inflammatory, and antibacterial properties.  Garlic juice or paste can speed up ulcer recovery and are perfect solutions for the prevention of ulcers. Its powerful compounds are also known to help inhibit the development of ulcer-causing bacteria.

Eating a couple of cloves of garlic per day can help reduce your chances of developing stomach sores.

Just like garlic, turmeric is also a kitchen spice as well as a herbal medication. It is mostly used in the preparation of Indian meals and is popular for its beautiful yellow color.

Turmeric has great medicinal properties like curcumin. This active turmeric ingredient has been found to improve the functions of the blood vessels and reduce the risks of a heart attack.

In addition, turmeric can calm the raging ache from the soreness of the stomach lining and walls in ulcer victims and also protect these body parts from irritants.

Mastic is gotten from the mastic tree. It is also commonly known as tears of Chios, gum of Yemen, or Arabic gum. The sap of the tree is the medicinal part of the tree.

Mastic has been a medicinal tree since ancient times and has been effective in the remedying of various illnesses and health conditions of the ancient people.

Ulcer victims who were treated with mastic showed up to 50% improvement in their condition. By the end of one week, the improvement rose to 70%.

It is antibacterial strong enough to eliminate the H. pylori, the ulcer-causing bacterium. Mastic is safe to use and is worth being tried out. It can now be easily found in stores and in supplement forms as well.

People hold the erroneous belief that eating peppery foods can cause an ulcer. This is, however, not possible. Most people also advise ulcer victims to stay away from pepper as it could worsen their conditions.

However, in contrast to this, recent studies showed that pepper has little or nothing to do with the causes or development of ulcers and can even assist in getting rid of them.

Are you wondering how chili pepper can help get rid of stomach sores? Well, this is possible through its capsaicin property, an active ingredient of pepper that helps reduce or lower the rate at which stomach acid is produced, as well as encourage the flow of blood to the lining of the stomach. When these two factors are dealt with, ulcer becomes history.  Capsaicin protects the stomach lining from developing sores and injuries.

Aloe Vera is a plant widely known for its usefulness, especially in the cosmetic world. It is also a very vital nutrient in the production of certain drugs and foods. Aloe Vera is popular for its skin benefits and antibacterial properties and has, over the years, been an effective treatment for stomach ulcers.

Studies found that Aloe Vera is capable of reducing the excess production of stomach acid that may cause sores on the stomach linings and walls.

Probiotics are living microorganisms that can treat various health issues. The profits of probiotics to human health are not limited to ulcer treatments alone but also to the improvement of your heart and gut health.

Foods to Avoid as an Ulcer Patient

Just as some foods help ulcers heal faster, some also worsen them. In order to reduce the symptoms of your ulcer, try to add the above listed natural remedies to your diet and reduce your intake of the following types of foods;

Coupled with these, break your meals into tiny bits and eat at a time, chewing each spoon of food properly before swallowing. Also, avoid smoking and stress, as this could be severe triggers for stomach ulcers.

In conclusion, ulcers are painful sores that are common in the stomach but can also develop in other parts of the body. Due to the serious side effects of ulcer medications, natural alternative and effective medications have been identified to treat the ulcers, even better than the medication, with little or no side effects.