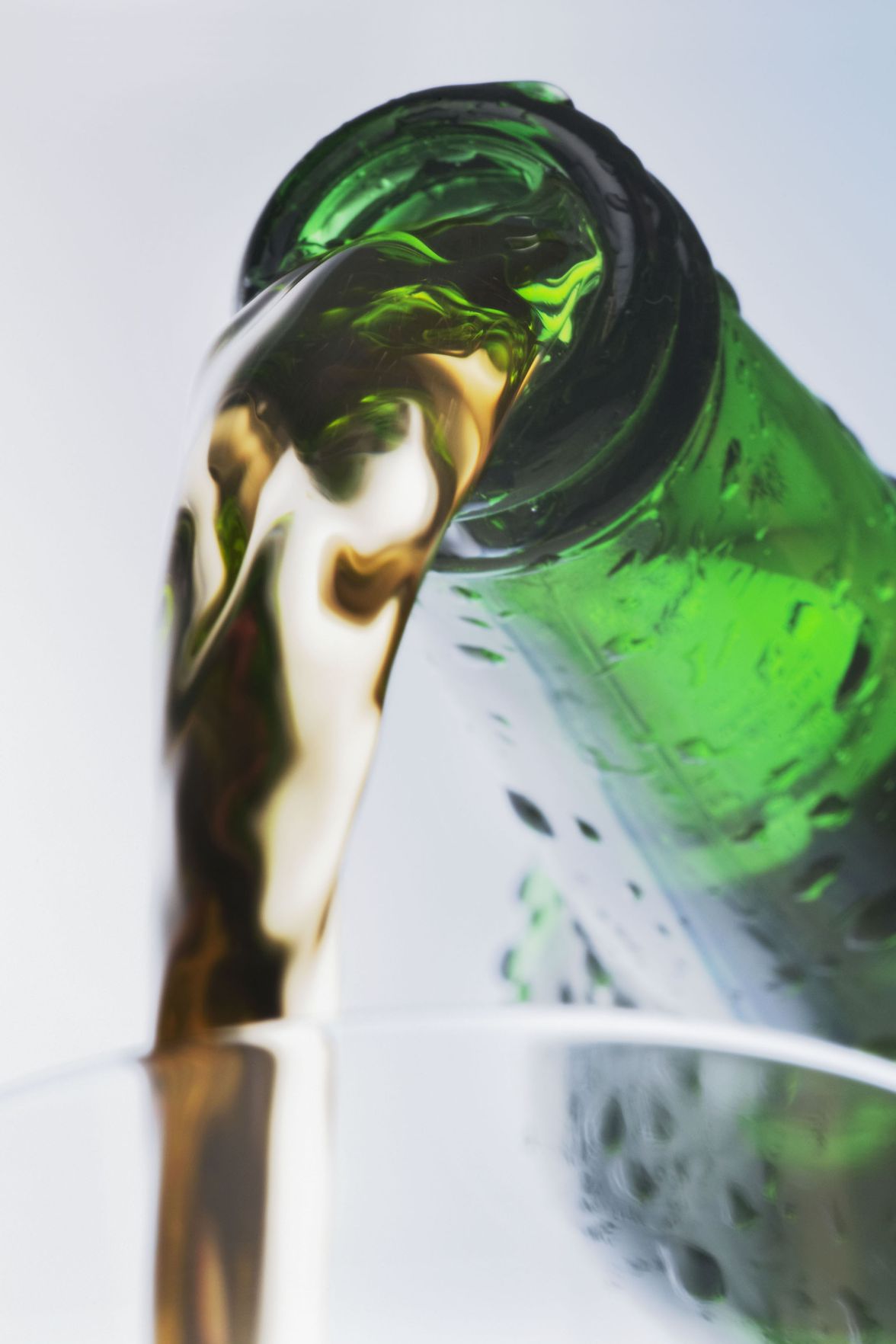 I watched a movie last year called Genius, and in that movie, Jude Law plays the renowned American novelist Thomas Wolfe. Throughout the movie, Law portrays the life of Wolfe candidly. In the movie, viewers are able through Law, to experience Thomas’s ability to write beautifully, but they also experience the dark side of his alcoholism and how it eventually lends a cold hand to his death. I think that alcohol and alcoholism is a subject that isn’t discussed as often as it should in the health world, and it is time to change that because there are so many disadvantages that are associated with alcohol that we do not hear about. It is more than going partying every weekend and getting a buzz out of it, don’t get me wrong, there is nothing wrong with having fun on a weekend and letting your hair down, but where people get into massive amounts of trouble with their health is when they get too comfortable with alcohol, a shot turns into two, three, and the rest is history; allow me to share the evils of alcohol with you. 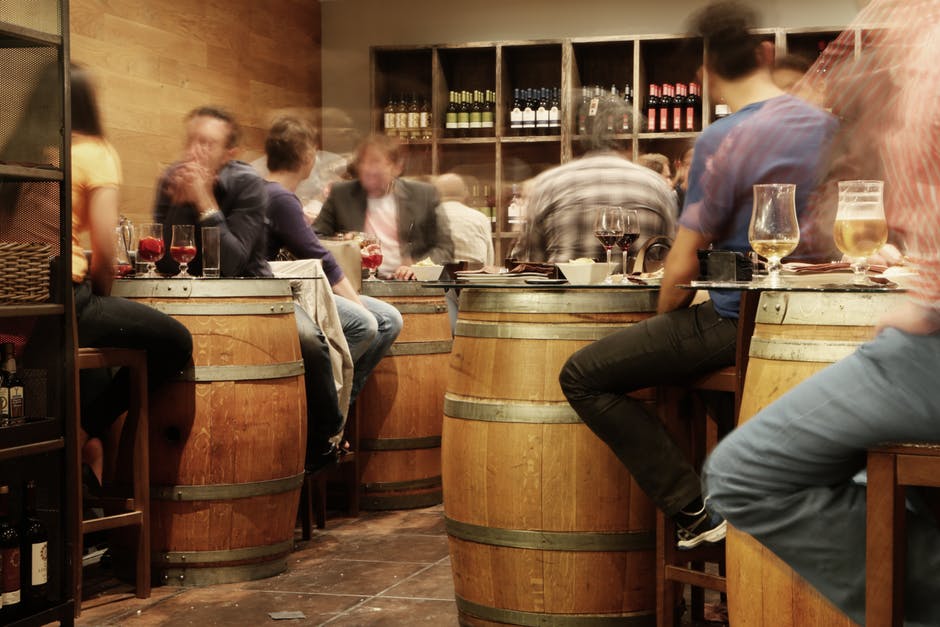 When people consume an outrageous amount of alcohol at the moment and become inebriated, it does not just end when the alcohol wears off from the system, it finds its way to the brain and then slows down the pathways to the brain that prompt clear thinking, communication, and memory retention. A heightened use of alcohol can lead to severe cases of depression and anxiety. There are certain factors that affect the extent to which a person is affected mentally by alcohol abuse, and those factors largely depend on age and duration; that is how old the individual was when they started to drink, how old they are now, and how often they have been drinking for. 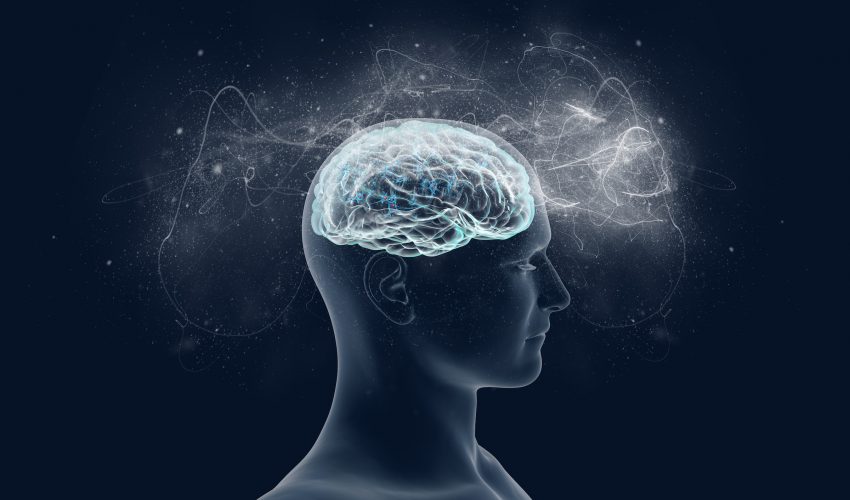 Consistently drinking excessive amounts of alcohol can be harmful to the heart health of a person by causing heart diseases. This usually happens because when people at that level, they are exposed to high blood pressure which over time could lead to strokes and various forms of heart attacks. Heavy drinking also causes the human body to be susceptible to a condition called cardiomyopathy, which is characterized by an inability for the heart to properly pump blood to other parts of the body. Cardiomyopathy causes the muscles of the heart to enlarge, droop and stretch, therefore leading to high blood pressure, irregular heartbeat and eventually death if care is not taken. 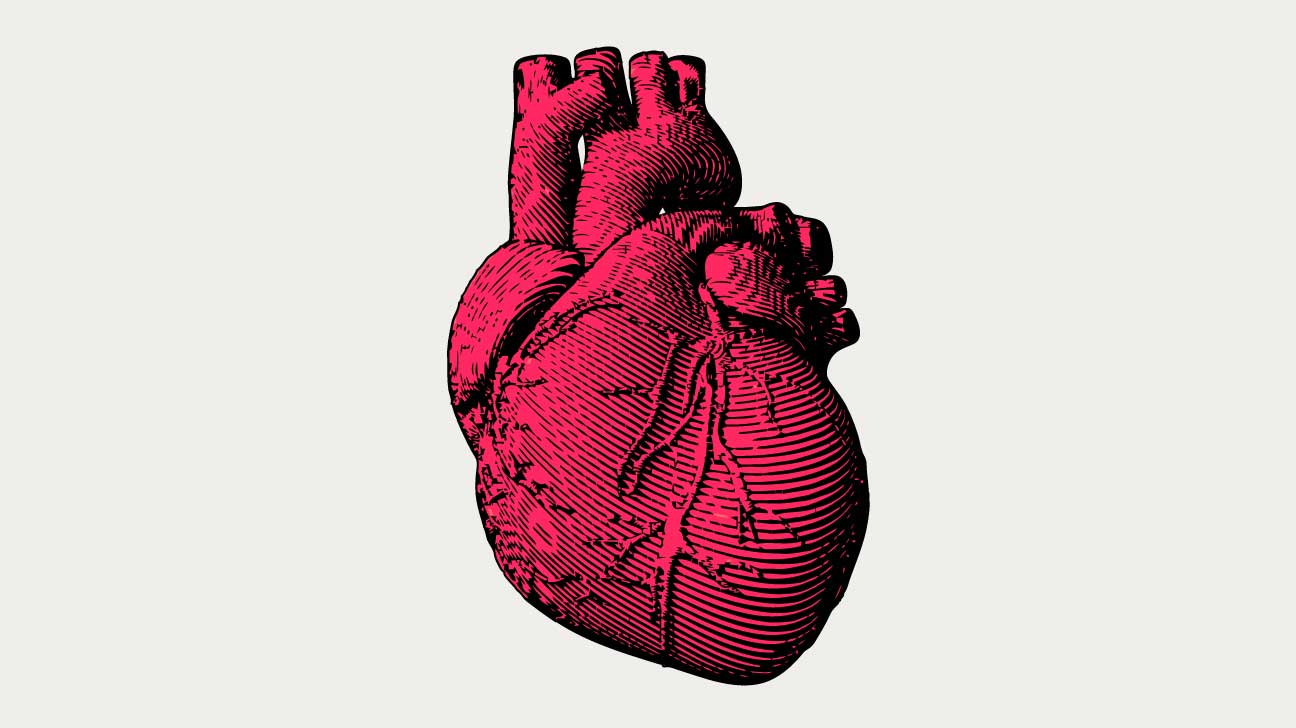 Consuming alcohol at high levels can cause the liver to deteriorate. More than two million American suffer from liver diseases that are caused by drinking alcohol excessively, and such diseases include liver inflammation and intense liver scarring. Usually, when alcohol is taken in a lot of quantity and it reaches the liver, it tends to produce a toxic enzyme called acetaldehyde. Acetaldehyde is toxic because it can cause liver cells to damage and in doing that, cause permanent scars to the liver. Drinking too much alcohol can cause your liver to increase in size, and that is where all of the complexities come into place. Symptoms of liver disease from alcohol include abdominal pain, diarrhea, fatigue, nausea, and vomiting to name a few. Intense symptoms include gut bleeding, easy bruising, fatigue, jaundice, itching and so much. 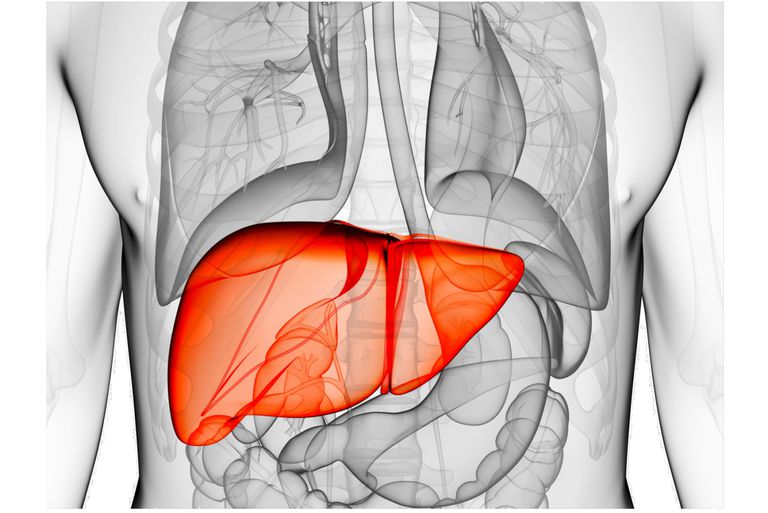 The pancreas is a large gland that is located behind the stomach but also situated next to the small intestine. The pancreas helps to release insulin and glucagon hormones into the bloodstream. These hormones help the body control how it uses food for energy. Pancreatitis is caused when the blood vessels in the pancreas become inflamed from drinking excessively. This condition is so dangerous that it can lead to type 2 diabetes if it gets out of hand. Acute symptoms of pancreatitis include upper abdominal pain, abdominal pain that radiates to your back, tenderness when touching your back and oily, smelly stool (and frankly, who would want to experience that).

After some time, the body loses its ability to ward off diseases, and this is one of the issues that are not usually discussed in health circles. The human immune system works to protect the body using two primary mechanisms and they can both be affected by alcohol. The first mechanism produces an immediate response, which uses an inflammatory approach to essentially kick unwanted intruders to the curb. When your body senses a foreign bacteria or pathogen, it organizes immune cells called macrophages out of the bloodstream and into the part of your body that is being invaded that essentially burn off and destroy the bad bacteria.

Alcohol acts as a diuretic, which means that it flushes out the calcium in the bones. Heavy drinking has the ability to cause easy bone fracturing and increases the risk of osteoporosis. Osteoporosis is a health condition in which bones become less dense and are much more likely to fracture. Bone fractures from osteoporosis which can result in huge amounts of pain and disability. In the United States of America, more than 53 million people either already have osteoporosis or are at a high risk of it due to low bone mass. 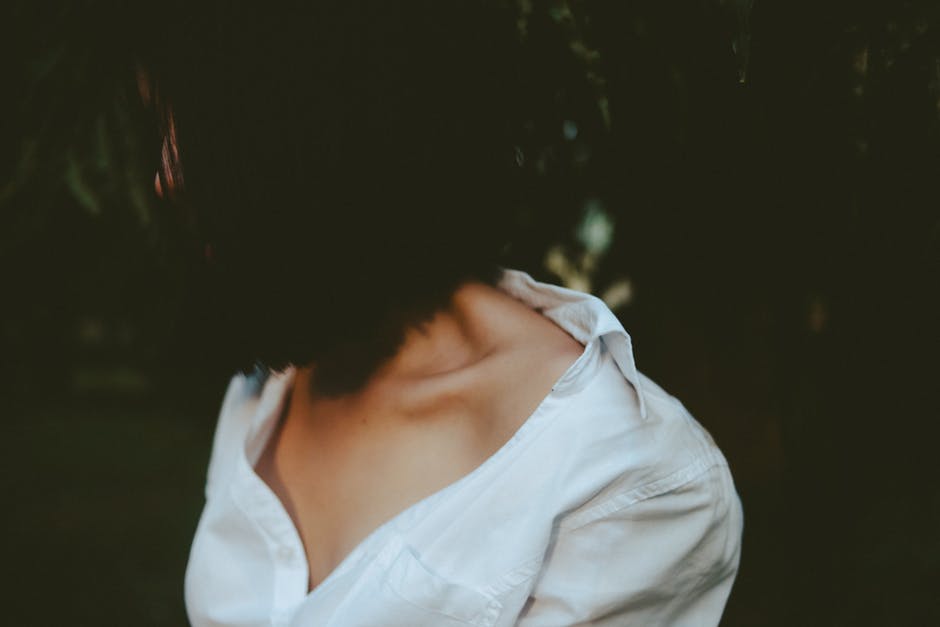 Alcohol has massive negative effects on your body, including weight gain. Basically, when you drink alcohol, it is broken down into acetate ( which is basically like vinegar), which the body will burn before any other calorie you’ve consumed or stored, including fat or complex sugars. When alcohol is in your system, it is harder for your body to burn fat that’s already there. Habitual drinking of excessive alcohol has been linked to an increased midsection (aka pot belly) for a long time, and research shows, however, that even when people drink infrequently, their midsection thickens over time. 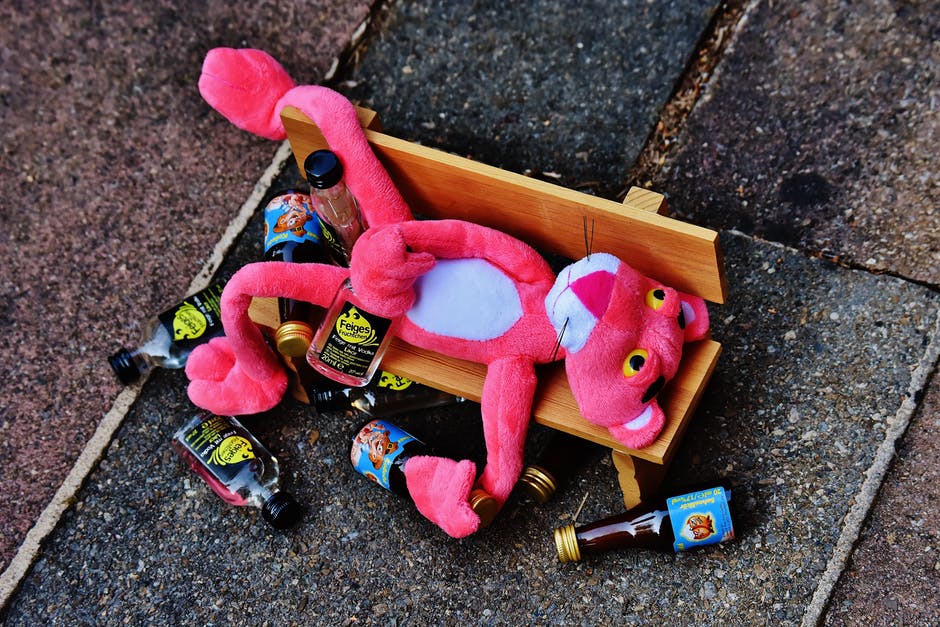 If you have a bad habit of drinking more than the recommended daily limit (1-2 a day), it may be a good time to review your drinking habits and decide how you would like to regulate your intake. There’s nothing wrong with fun, nothing wrong with going out with friends and relaxing after a long week, but remember to look out for your health in the process. Many have lost their lives after a night of binge drinking, and others slowly die from alcoholism as time goes by, and those were the exact thoughts that went through my head when I watched the movie about Thomas Wolfe. It is true that some people drink binge drink because they’re hurting, and while drinking to numb psychological pain seems like a good idea at the time, when the alcohol wears off, the issues are still there so there has to be another way. If you struggle with alcoholism and feel like therapy is not a good fit, talk to a trusted friend or relative about it, and trust that sooner or later, all things will fall into place for you, however, excessive alcoholism is not the answer.