Do You Know Edible Insects?

From the United Nations prediction of about 9.8 billion world’s population by 2050. As global food demand is expected to increase by about seventy percent (70%), therefore putting additional pressure on already limited agricultural resources.

Universal demand for meat, a can study, will continue to increase as dietary requirements in developing countries increase, due to economic growth and urbanization.

Presently, most citizens of developing countries rarely consume up to 10% of their typical animal protein requirements. While searching for possible solutions, it is essential to be aware of another perfect substitute for limiting animal proteins, “eating insects.”

Does eating insects sound weird to you? It shouldn’t. We all grew up to continue eating from our ancestral discoveries; hence, we ought to secure our generations’ health to come. Have you wondered the reasons why some animals’ health might challenge that of humans? To meet present and future food challenges, the agricultural food sector needs to be awakened. We need to exploit new ways to produce food, address inefficiencies and insufficiencies, and create new production methods.

The billions of livestock animals reared each year for curative purposes are mounting pressure on land and water resources and, in turn, contributing to climate change and other harmful environmental hazards (e.g., global warming).

Nutrient values of edible insects are significantly broad, mainly due to their large number and bio-diversity (variability among species).  Nutritional values vary considerably even among insects depending on their stages of metamorphosis, insect origin, and diet. Nutritional values could also vary according to the preparation and processing of prior consumption (cooking, frying, drying, etc.). According to research, the nutrient value scores of palm weevil larvae, crickets, and mealworms were significantly healthier than in the case of our conventional meat (i.e., beef and chicken) and that none of six (6) tested insects were statistically less nutritious than traditional beef. Most edible insects provide adequate energy and protein intake in our diet and meet our amino acid requirements. Insects also have very high contents of monounsaturated and polyunsaturated fatty acids. They are filled with trace elements such as iron, magnesium, copper, manganese, selenium, phosphorus, and zinc, as well as vitamins like riboflavin (B2), pantothenic acid, biotin (B7), and folic acid (B9) in some cases.

From a nutritional viewpoint, insects have excellent high protein content, varying from about 20 to 76% of dry matter. The protein content depends on the development stage and type of insect. Carbohydrates are represented mainly in their exoskeleton in the form of chitin, with its content ranging from 2.7 mg to 49.8 mg per kg of fresh matter. Several species of edible insects contain a significant amount of beneficial minerals (K, Na, Ca, Cu, Fe, Zn, Mn, and P) and vitamins such as the B vitamins, the fat-soluble vitamins (Vitamins A, D, E, K) and also Vitamin C (ascorbic acid). However, their content may be affected by prevailing season and feed type and quality.

This article promise to educate you on the nutritional benefits of some insect; 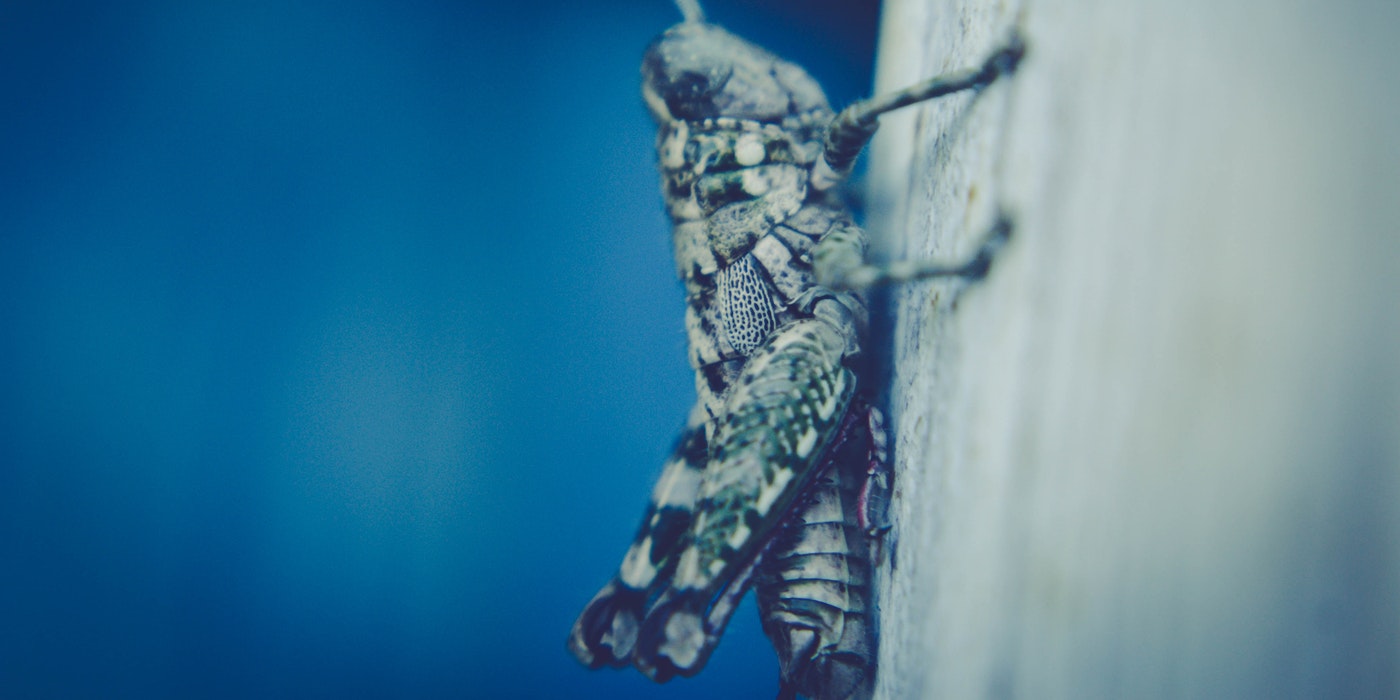 Don’t let those stridulating crickets outside your window get by with their disturbing chirping noise without, and it is time you catch them and spice your food with them. Crickets are similar to grasshoppers in crunch, species, but not in preparation. Crickets are best enjoyed with any spicy food and a good beer (Similar to beer-battered fish, but cricket is cheaper!)

Sticky insects are called walking sticks, belonging to Phasmatodea’s family (another group of our true bugs). They are not a widely popular eatable insect as they are only eaten to a reasonable extent in Papua New Guinea and Malaysia, probably due to their said taste, a type of a tree.

This is yet another well known edible insect eaten almost everywhere around the globe. Locusts, alongside with crickets, grasshoppers, and katydids, are scripturally acknowledged as wholesome for human consumption in the Bible (read Leviticus 11:22). They are said to taste similar to that of shrimp and sunflower seeds and are delicious when fed sesame leaves.

You may not have known about how ants could replace spice in your food, I will tell you how. Ants have a delectable peppery flavor. Have you ever run out of herbs, and going to the store to purchase becomes too tasking? You need not panic; you could just gather up a few ants around your residence and boom! You’ve got seasoning. Just be so sure to cook them first.

Bagworms are ubiquitous strange creatures. They are caterpillars of the bagworm moth (Psychidae gen.) and are known to build protective casings from twigs and leaves around themselves. Their larvae are commonly eaten in Equatorial Africa and Mexico; their pupae (fangalabola) in Madagascar are harvested in large quantities as a delicacy. 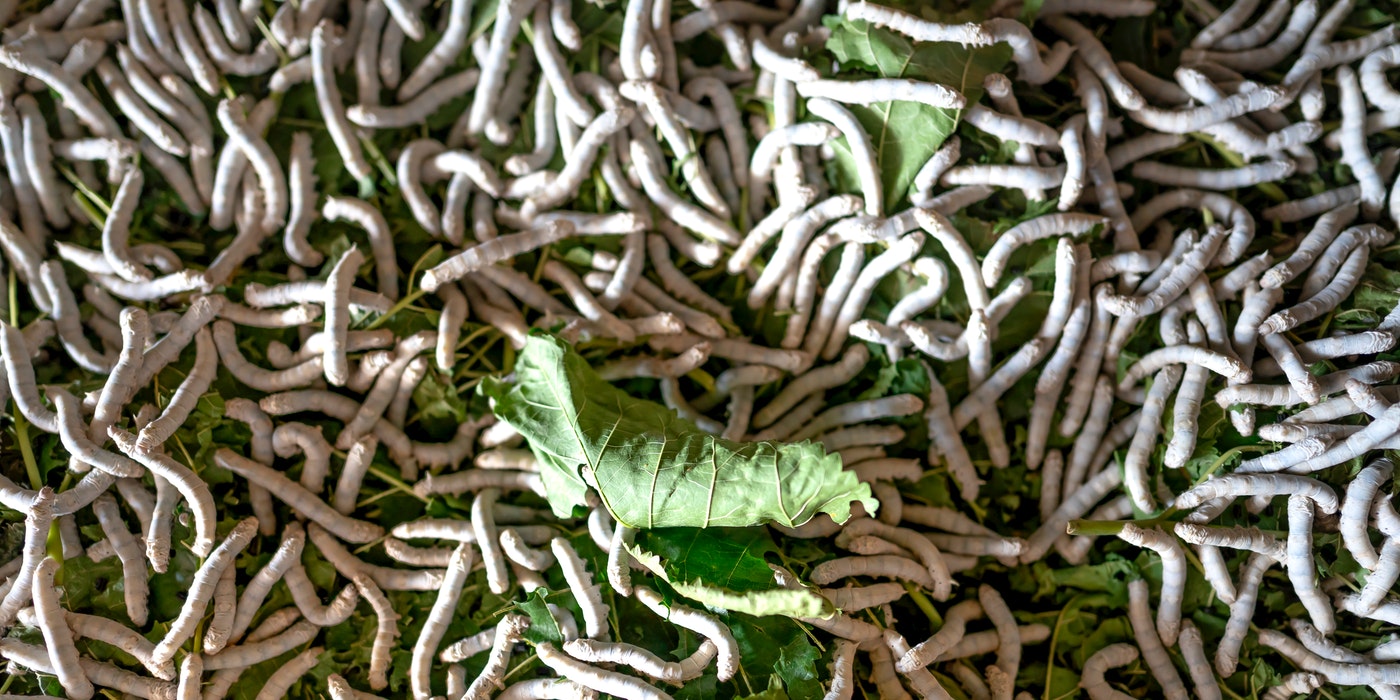 Were you needing additional ingredients to your salad? Just get some worms, roast them, cut them in chops of the desired size, and toss into the salad mix. Some may prefer to prepare it in other ways.

There are over a thousand species of Huntsman spiders (Sparassidae gen.) that exist globally. These spiders may reach up to twelve (12) inches in length and don’t build webs unlike other spiders, but instead would chase their prey at high speed, from the name.

Listen to me, if our fellow primates (e.g., the monkeys and chimpanzees) could enjoy eating termites, we should even enjoy it the more through our culinary approach. All stages of termite growth are edible and rich in essential nutrients.

Dragonflies and their close relatives, damselflies, belong to the Order Odonata and are eaten Globally. They are either eaten in adult or larval form. Indonesians catch the adults in flight by waving a trap of sticky reed around in the air.

Agave weevils are also called Agave Snout Weevils or Agave Worms; these type of beetle is often confusedly identified as caterpillars of a moth (Hypopta Agavis) and butterfly (Aegiale Hesperiaris). They are either eaten fried or are sold canned in Mexico.

Incredibly, from all research records, grasshoppers are packed with beneficial nutrients and are as well delicious. They are meaty and can be grilled, yummy! You would love to give a try, right?

Do you know that honey bee drones (Apis spp.) are well consumed in China and used in ethnomedicine? Eating their larvae is by far the most popular way to eat them around the globe. Bee larvae, either from honey bees, stingless bees (Trigona spp.), carpenter bees (Xylocopa spp.), or bumblebees (Bombus spp.), are eaten in many Asia countries, central and southern Africa, the West Indies, and South America.

Centipedes are just one of many eatable insects you would love to eat as you visit Beijing’s night markets. They are more of boxes to ticks for the adventurous eater than anything, yet their scary appearance. Unfortunately, almost all street food stalls fry them to a crisp, and surprisingly you may end up tasting what can be depicted as dried spaghetti sticks.

Weird right? But it’s good news to know that you can eat scorpions; all you do is cooking them! Don’t worry, the poison goes away once the suckers are cooked. But if worried, you may consider chopping off the stinger and disposing of it safely. Lay it on a bed of steamed asparagus then present it to your special guests with some proud flourish.

You should the familiar with what adult rhinoceros beetles look like, how about their succulent larvae. Unsurprisingly, the nymph is more palatable than that of the adults (with hard exoskeletons), and so it is well appreciated globally as delicacies. Since they are ubiquitous throughout the world and highly nutritious, they are being touted as an exciting protein source for depleted regions in the future.

An exciting part about the rhino beetles is that they are the most potent known animals (relatively) due to their capability of lifting about 850 times their bodyweight!

No doubt, research advocates that these animals are edible and very rich in various nutrients and vitamins, yet, it is almost impossible to see a good number of persons having these animals as part of their feeding menu.