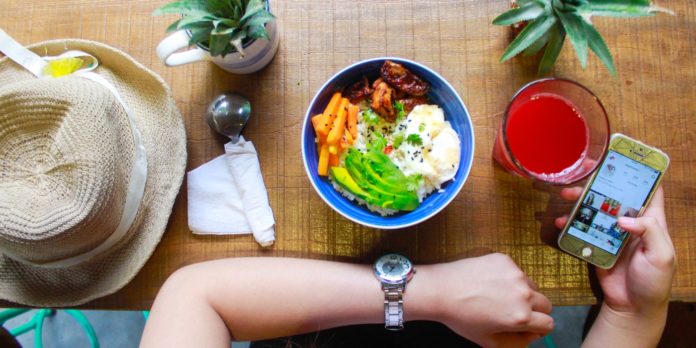 Feeling tired and having low energy is only natural, however, it could affect your daily activities and make you less productive. You probably didn`t know that the type and quantity of food you eat play vital roles in determining your energy levels during the day. Yes, virtually all foods give energy, yet, some foods contain nutrients that could increase energy levels and maintain alertness for longer periods.

Fatty fish like tuna and salmon are rich sources of B vitamins, protein, and fatty acids, which all make such fish energy boosters. A serving of tuna or salmon will enrich you with the required daily amount of omega-3 fatty acids and vitamin B12. Omega-3 fatty acids particularly reduce inflammation which is a common cause of fatigue. It is especially great for recovering cancer patients. Vitamin B12, on the other hand, boosts the effects of iron in the body and works with folic acid to produce red blood cells. Optimal levels of red blood cells and iron will remarkably boost energy levels.

Eggs are packed with protein, which is a steady source of energy. They also contain leucine, an amino acid that stimulates energy production. Leucine stimulates the production of energy in the cells and helps them take in more blood sugar. That`s not all, as eggs are also rich in B vitamins that enable enzymes to perform their roles in breaking down food for energy.

Apples are one of the most reliable sources of carbs and fiber. A medium-sized apple will enrich you with about 10 grams of sugar, 14 grams of carbs, and 2.1 grams of fiber. They also contain lots of natural sugars and fiber that provide a slow and sustained energy release. Their high antioxidant content also slows down the digestion of carbs and causes the release of energy over a more extended period of time.

Bananas are an excellent source of potassium, complex carbs, and vitamin B6, which are all great at boosting energy levels.

Brown rice is quite nutritious and rich in vitamins, fiber, and minerals. Half a cup of brown rice contains 2 grams of fiber and is rich in manganese, a mineral that supports enzymes to break down proteins and carbs, and in turn, generate energy. Owing to its fiber content, brown rice has a low glycemic index, making it great at regulating energy and blood sugar levels. 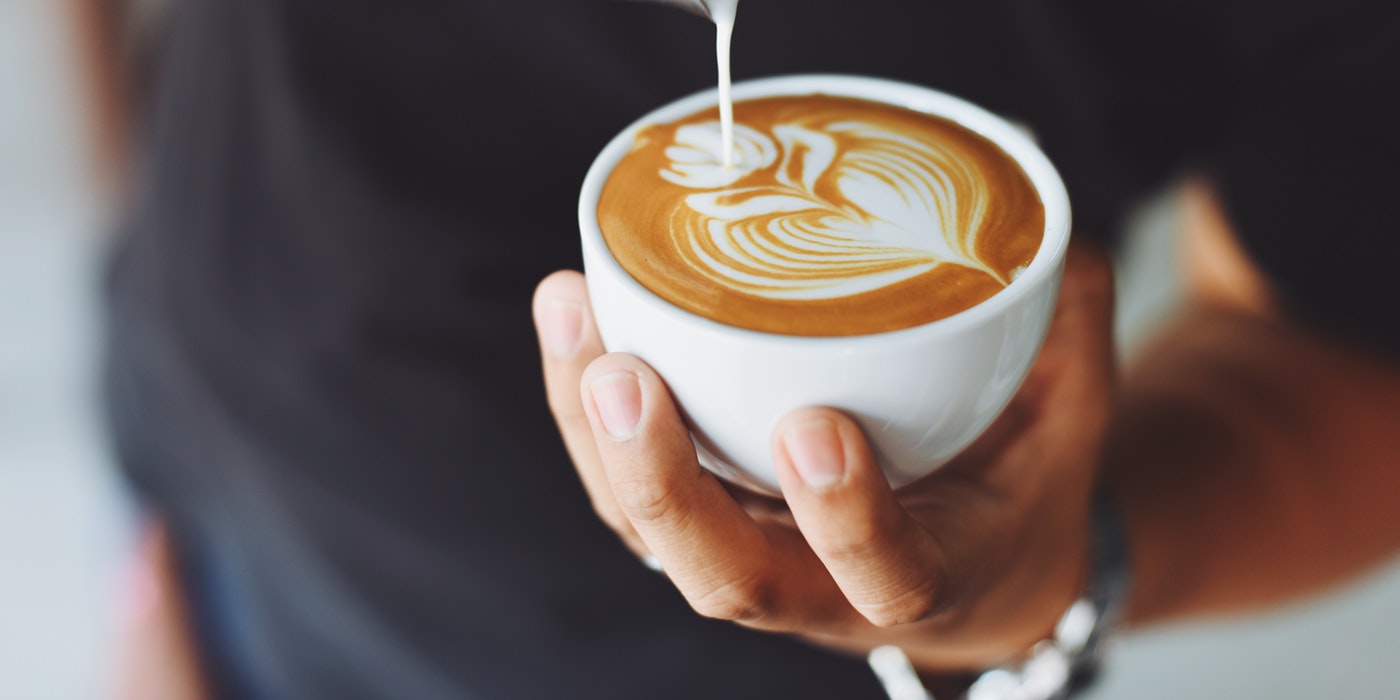 Looking for an energy boost? Then consider having some coffee. Its caffeine content can quickly move from your bloodstream into your brain and restrict the activity of adenosine. It also facilitates the production of epinephrine, and as a result, stimulates the body and brain. You`re advised to consume less than four cups of coffee per day.

Yes, sweet potatoes are delicious, however, that`s not all to them as they are also a nutritious source of energy. A 1-cup (100-gram) serving of sweet potatoes can give up to 25 grams of complex carbs, 3.1 grams of fiber, and lots of vitamin A. The fiber and complex carb content will make your body digest it slowly, and as a result, provide you with a steady supply of energy.

Water is required for many cellular functions, including energy production. Drinking enough water will prevent dehydration and speed up bodily functions, leaving you feeling refreshed.

Quinoa is rich in dietary fiber, carb, protein, vitamins, and minerals. Despite being high in carbs, quinoa has a low glycemic index; as a result, its carbs are absorbed slowly and can provide a sustained release of energy, Quinoa is also rich in folate, manganese, and magnesium.

This whole-grain cereal will provide you long-lasting energy. It is rich in beta-glucan, a soluble fiber that forms a thick gel when combined with water. This gel is great for digestion because it delays stomach emptying and the absorption of glucose into the blood. Oats are also rich in vitamins and minerals that boost energy production. They also contain iron, B vitamins, and manganese, making it a perfect food for sustained energy release.

Dark chocolate is packed with antioxidants that increase blood flow and enhance the supply of oxygen to the brain and muscles, thereby improving their function. This increase in blood flow particularly improves mood and reduces mental fatigue.

Made from dried leaves of a plant native to South America, yerba maté is a drink with loads of health benefits. It`s rich in antioxidants and caffeine, as well as boosts the production of epinephrine, a hormone that increases energy. Fortunately, unlike other stimulants, yerba maté does not affect heart rate or blood pressure. Yerba maté particularly enhances mood and mental focus

Goji berries are bursting with vitamins, fiber, antioxidants, and minerals. They slow digestion and release energy slowly. They taste great in smoothies, yogurt, baked goods, and sauces. You can also eat them raw.

Strawberries are rich in carbs, sugars, and fiber, which boost energy levels. They also fight inflammation and fatigue. You can add strawberries to many recipes such as salads, smoothies, or parfaits.

Green tea has a high concentration of powerful antioxidants that prevent inflammation and oxidative stress. It also contains caffeine which boosts energy levels. Its L-theanine content moderates the effects of caffeine and produces a smoother boost of energy. Green tea also decreases fatigue by increasing the breakdown of fat. 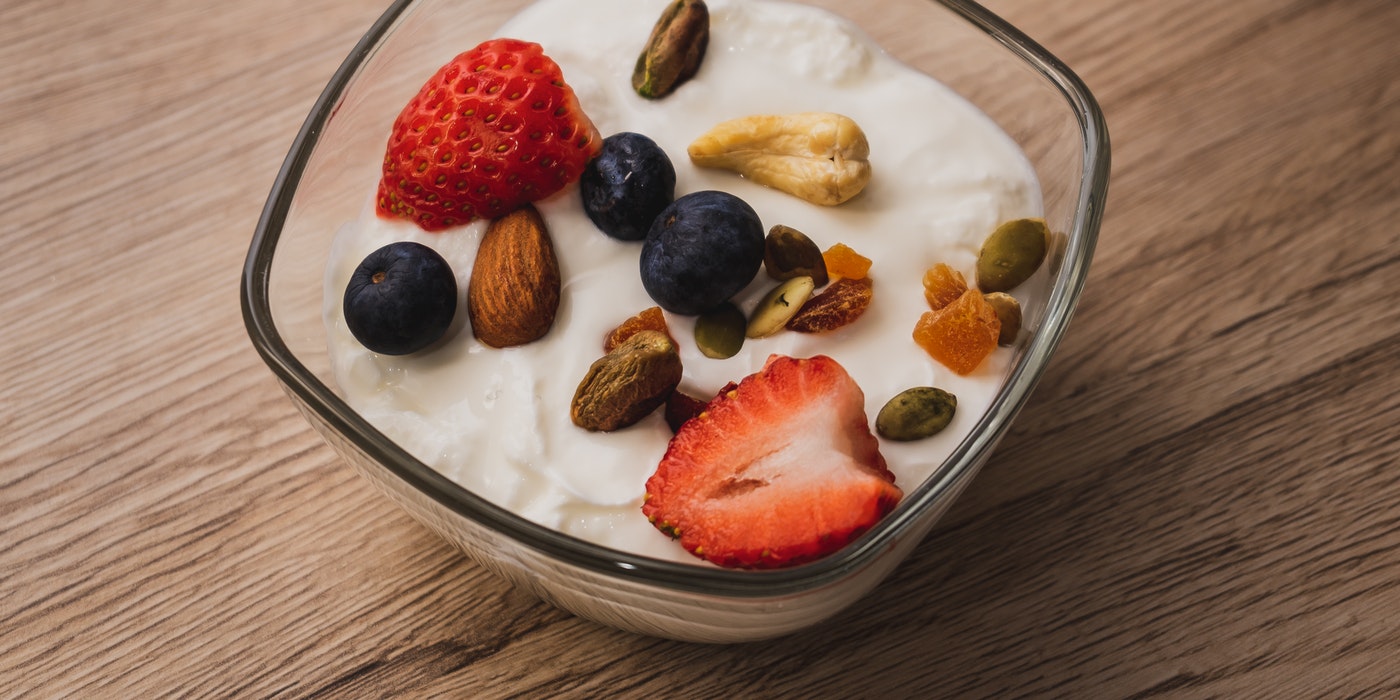 Yogurt contains carbs in the form of simple sugars such as galactose and lactose. These sugars provide energy when broken down. What’s more? Yogurt is bursting with protein that slows down the digestion of carbs, and as a result, reduces the speed at which sugar is released into the blood.

Made with chickpeas, lemon, sesame seed paste (tahini), and oil, hummus is a sure source of energy. Its chickpeas content is particularly a rich source of fiber and complex carbs. Its sesame seed paste and oil content contain healthy fats that slow the absorption of carbs, thereby preventing blood sugar spikes. Hummus is great as a dip for veggies or in combination with other dishes like salads or sandwiches.

Edamame beans are relatively low in calories and rich in fiber, protein, carbs, vitamins, and minerals such as folic acid and manganese that boost energy. Folic acid works with iron to increase energy and fight anemia and fatigue, while manganese generates energy from the breakdown of protein and carbs. The high amounts of molybdenum in edamame beans are also impressive. Molybdenum is a mineral that boosts the breakdown of nutrients and acts as a stimulus for enzymes.

Lentils are a rich source of protein and many other nutrients that boost energy levels. They also contain carbs and fiber that are great at increasing energy levels. These legumes also boost energy by replenishing your stores of zinc, folate, manganese, and iron which all aid cellular energy production and the breakdown of nutrients for the release of energy.

Avocados are rich in B vitamins, fiber, and healthy fats, which are mainly from monounsaturated and polyunsaturated fatty acids. These healthy fats boost blood fat levels and improve the absorption of nutrients.

Oranges are rich in vitamin C as well as antioxidant compounds that protect against oxidative stress, thereby combatting fatigue.

Leafy green vegetables like kale and spinach are rich sources of energy. They’re high in calcium, magnesium, iron, potassium, and vitamins A, C, E, and K. They’re also bursting with fiber, folic acid, and antioxidants. Their iron content replenishes the body’s stores, and their vitamin C content enhances the absorption of iron in your body.