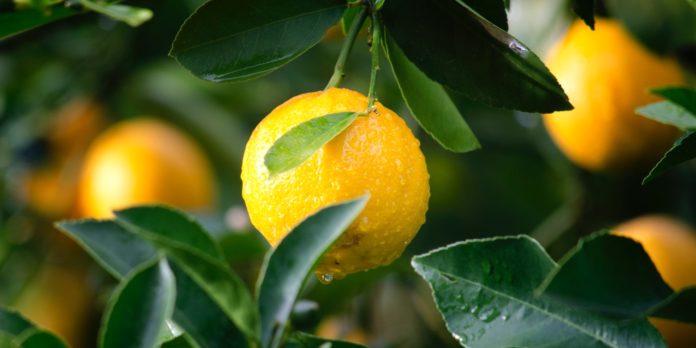 Do you know that experts say that one of the most effective and safest nutrients needed in the body system is Vitamin C? So, if you are having some serious prolonged wounds, cold, bleeding gums, scurvy, and frequent infections be sure to check the vitamin C level in your body.

Vitamin C is very important and has been known to be very helpful in preventing serious health complications such as immune system deficiencies, wrinkling of the skin, prenatal health problems, disease of the eye such as degeneration in old age, and cardiovascular disease and in some other claims; cancer, and then stroke. Other claims say that a great intake of vitamin C may be the best cure for common cold although in most situations it is not the case. A studious researcher once claimed that a higher level of vitamin C in the blood is a perfect nutritional indicator in the human body wellness in general.

A deficiency in vitamin C has been known to be accustomed to poor wound healing, bleeding gums, anemia, scurvy, frequent infections, and bruising. These health conditions can also be a foundation for other serious ailments; some have already been previously listed among others.

The required daily intake of vitamin C for an average body is about 75-90 milligrams which is almost an impossible condition with casual meals and diets, so unless one can eat plenty of vegetables and fruits, the next best option is to take a dietary supplement of vitamin C to get all the needed benefit for a day. According to Moyad, a university researcher, in order to live longer, one should take up to 500 milligrams of vitamin C in addition to eating five servings of fruits and vegetables a day. He noted that although the safe upper limit for vitamin C is 2,000 milligrams a day, there is relevant evidence that a daily intake of 500 milligrams of the vitamin is safe and recommended. However, studies have revealed another short cut to the acquisition of the needed vitamin C intake in lemon. 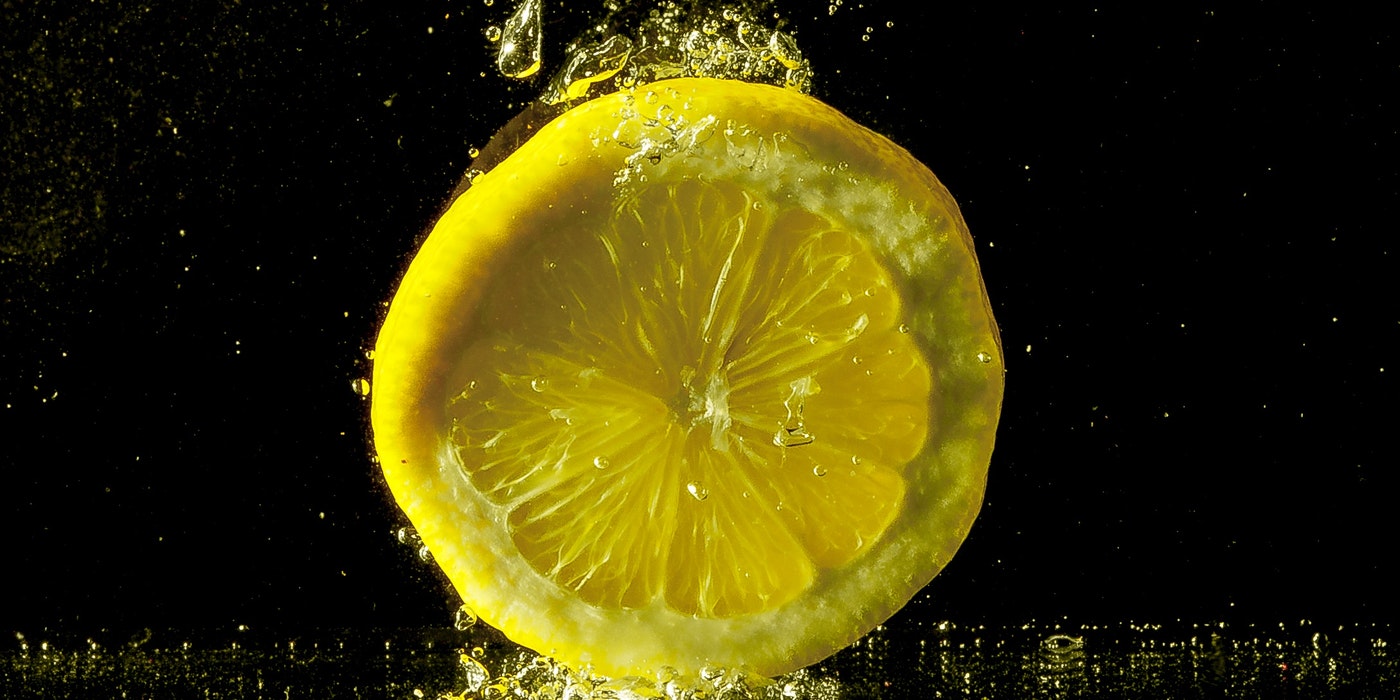 Lemon is a species of a small tree in a Rutaceae, a flowering plant in the evergreen tree family and also known as Citrus Limón; it was first discovered way back in South Asia, majorly Northeastern India. Lemon is available throughout the year but has its peak during the summer. The fruit is used throughout the world fundamentally for its juice for both non-culinary as seen in cleaning and culinary purposes when the rind and pulp are used in cooking and baking. The juice is said to have about six percent citric acid and a 2.2 pH.

Fortunately for lovers of vitamin C, a whole raw lemon including its peels provide a whooping 82 milligram of vitamin C; this means that to get a daily intake of about 500 milligrams daily once should take at least 5 to 6 balls of lemon with peels daily. This information, however, is not verified but based on a simple calculation; however, according to the World Healthiest Fruits, a quarter cup of lemon is very sufficient in providing about thirty-two percentage daily needed intake of vitamin C.

Generally, people love adding a slice or two of lemon into their diet with the mindset that it would do the same work a whole lemon would. Nevertheless, in this case, a slice of lemon does not have the same attributes as the entire fruit.

There are a whole lot of claims going around about lemon water and lemon juice. There is a particular claim that taking lemon water would speed up weight loss. Well, lemons contain fiber call pectin, according to studies, when you take the entire lemon; you tend to fill full and satisfied without additional calories. However, squeezing a slice of lemon into your water can only leave a trace of this fiber which is almost non-existent when compared to the needed quantity of this fiber to handle weight loss. A squeezed lemon into the cup to give lemon juice does very little to satisfy your satiety levels.

Another belief has it that taking lemon wakes your digestive system and keeps it very active. In actual sense, keeping your system hydrated with water is what keeps your digestive system going; the addition of lemon makes little or no difference to this fact. Although lemon can add flavor to your drink when mixed with plain water, it is actually plain water that helps to break down food in your system and make it very easy for the body to absorb the nutrients in the food.

Some think of adding lemon to their diet when trying to detoxify and cleanse their body system. If you are in this group then you really need not go through all that trouble. According to a food scientist, researcher, and former spokesperson for the Academy of Nutrition and Dietetics, Joy Dubost, lemon water detox will only starve your body of some nutrients that you ordinarily would get from other sources of food. 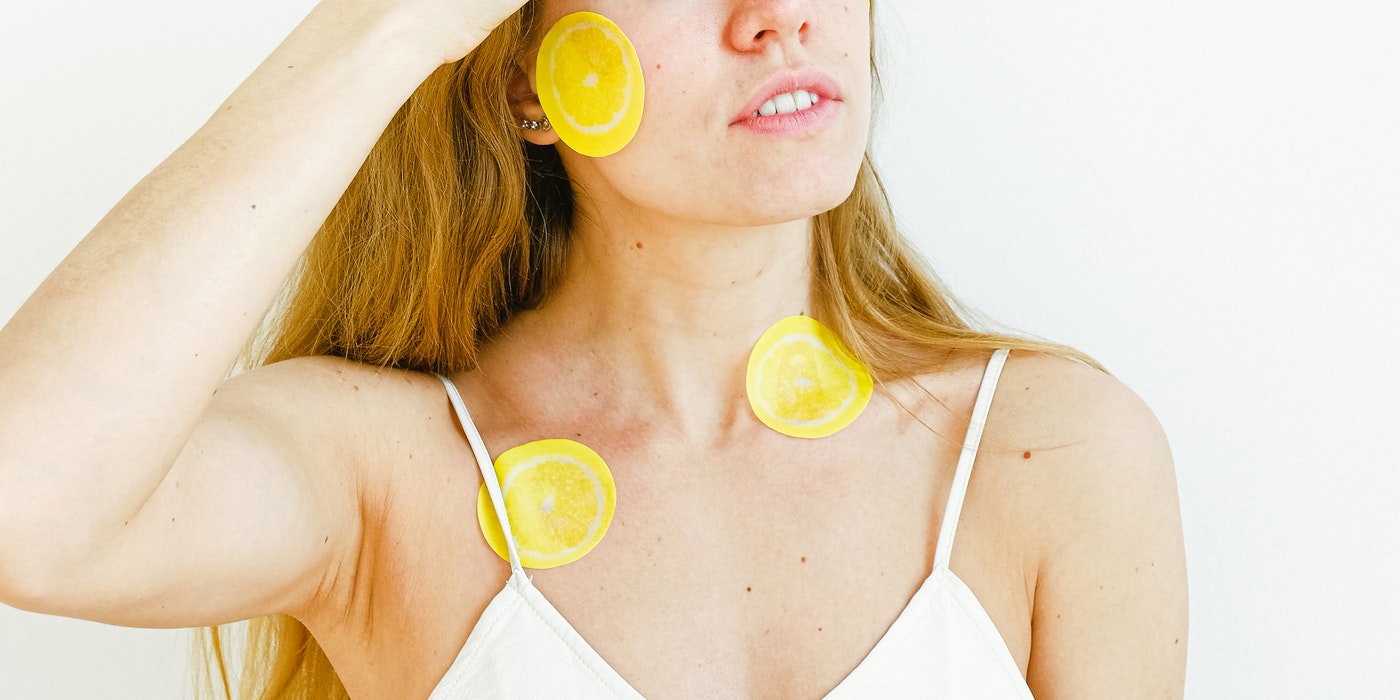 Lots of claims have it that taking lemon water would help boost the immune system of the body. Shocking news though, apart from the flavor lemon adds to plain water, there’s almost nothing else lemon water does if not taken as a whole. Lemon water has no impact on your body’s metabolism. According to research carried out, adding lemon water to your diet will not help you burn calories at a faster rate. In short, theories about certain foods or drinks speeding up your body’s metabolism are as good as null and void since the body automatically does the metabolism work by itself.

Vitamin C in lemon is the fundamental property for most of its health benefits. It is an essential vitamin needed for your body system which cuts across keeping the health of many organs in the body in check. The vitamin in the fruit acts as an antioxidant which in turn helps in the prevention of many diseases caused by cell damages.

Lemon is a natural and perfect source of vitamin C, an antioxidant that helps to prevent the movement of free radicals which in turn damages some important cells in the body. Cell damages can lead to cancer which appreciatively, an intake of lemon helps to keep abate.

Asthma patients, although without sufficient evidence, require a large intake of vitamin C most times found in lemons to keep asthma attacks abated. Some studies claim that people with asthma and bronchial hypersensitivity who consumed higher amounts of vitamin C have been known to have lesser attacks than people who do not take vitamin C.

Due to the high content of vitamin C in lemon which is an antioxidant, the fruit has the ability to strengthen the body’s immune system against germs that cause flu and the common cold. A study revealed that while vitamin C supplements do not most times help in reducing the cold conditions in some people, it, however, has been known to successfully reduce the length of time the cold lasts. A whole lemon squeezed into a glass with hot water and a big spoonful of honey can help soothe cough and cold.

A research carried out on women claimed that women who consumed lemon on a regular basis had lower blood pressure than those who did not. Although there are no sufficient pieces of evidence to prove this fact since there are other factors that also contribute to the reduction of blood pressure.

The skin gets part of its functionality from a support system known as collagen which can easily be destabilized when the skin is exposed a lot to the sun, age, pollution, and many other factors. Vitamin C in lemon plays a very important role in the formation of collagen; another study of vitamin C on rodents suggested that eating natural forms of vitamin C like lemon can help prevent damage to the skin.

A research carried out on mouse in 2008 which was feed with lemon peels and high-fat diets for over ten weeks revealed it gain less weight when compared to another mouse that took only high-fat diets. Another study postulated that women that took a lemon detox diet for about seven days had greater improvements in insulin resistance, body weight, BMI, and body fat and they also gained an amazing waist-hip ratio. Other unconfirmed studies have it that lemon can contribute effectively to weight loss.

A recommended amount of vitamin C is necessary for iron absorption in the human body. Anemia is a health condition caused by a deficiency in iron, however, mixing food rich in lemon with other iron-rich foods can maximize the ability for the body to absorb iron.

Salsify is Yet another Nutritive Food You Shouldn’t Do Without

Health Hacks About Prairie Turnip You Should Know

All There is to Know About Sorrel