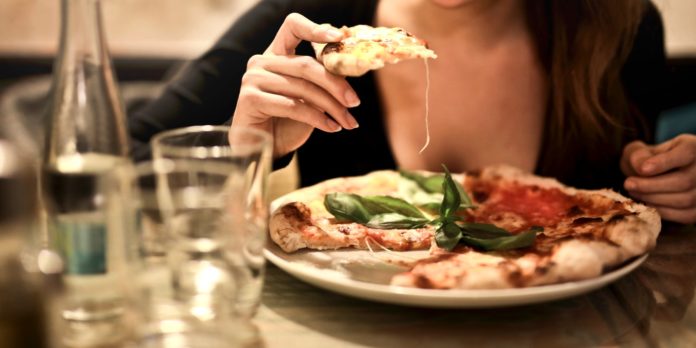 What Is Bulimia Nervosa?

Many of us don’t get to hear about bulimia until we are well into our teens or early adulthood. Bulimia nervosa, more popularly regarded as an eating disorder, is an unhealthy eating pattern followed by a rather extreme activity. This disorder disturbs about one in a hundred young women in developed countries such as the United States. If you are not so familiar with bulimia nervosa, it’s time you tried to understand this eating habit that has negatively affected the health of so many.

In plain terms, bulimia nervosa compels you to eat more food than your body requires and tries to expel the excess calories and food by vomiting or engaging in highly demanding exercises. Most people have overlooked eating disorders for so long that it is hardly examined as a condition to be treated. However, bulimia nervosa is a disorder that must be treated, since it is usually linked to a latent psychotic case and may be life-threatening.

So, what really Is Bulimia Nervosa? It is basically an eating disorder that is categorized as a psychiatric sickness. It is a rather serious and disturbing illness which starts from the mind and is effected by the body. If you have bulimia, food abuse is inevitable as you’ll binge eat many times. Overeating within a short period of time is then followed by a desire to purge yourself of the excess calories and food in your body. This behavior is difficult to keep under control and can be likened to an addiction to food. You may start relying on laxatives to excrete the food that you have consumed, and extended periods of exercising to burn excess calories.

You might still be unclear on how bulimia nervosa is a psychiatric illness. It all starts in the mind: your desire to eat more food, the inability to refrain from excessive consumption, the guilt you feel after binge eating, the phobia of gaining more weight and the compulsive need to get rid of all that has been eaten. You can’t keep your mind off food but you want it to leave as soon as it arrives in your body. This is what leads to the thoughts of using drastic measures like forcing yourself to throw up, abusing laxatives and diuretics, or undergoing extreme dieting. 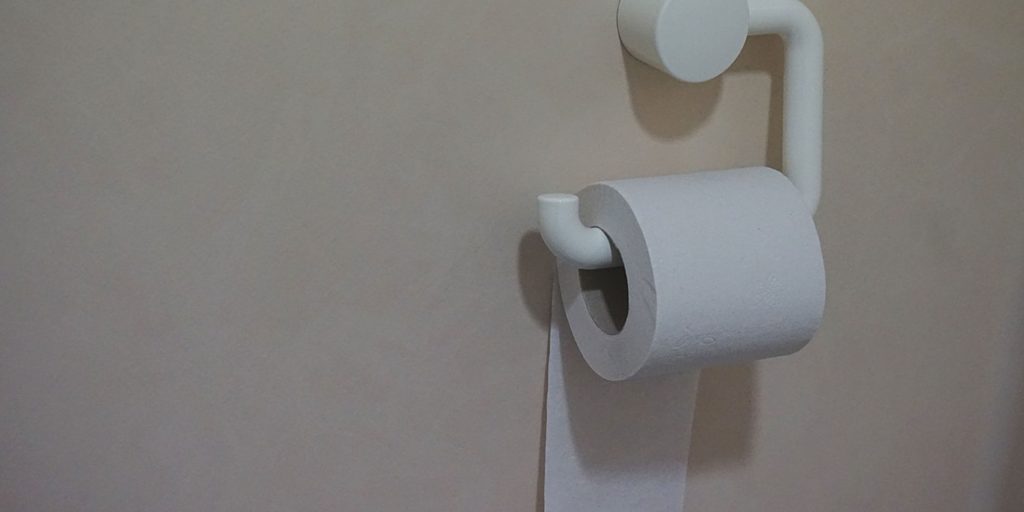 Purging bulimia is the more common type of bulimia; it is the type that makes people forcefully eject food from their bodies after consuming too much of it. If you continually rely on laxatives, enemas, diuretics, and vomiting to remove food from your body after binge eating, then you are suffering from purging bulimia.

Non-purging bulimia is a type of bulimia which excludes the forceful and immediate ejection of food just eating. However, non-purging bulimia includes the patient having extreme reactions to weight gain after eating so much such as extended periods of fasting and grueling exercises.

Bulimia forces a self-conscious feeling about your body weight even as you eat more than what is required to be eaten. You feel so insecure about your weight that this makes you take on inappropriate behaviors that affect eating. Even with bulimia, your weight might still remain normal or be slightly more, but you remain worried and terrified of adding some weight. This is then followed by symptoms of bulimia such as an untamed appetite, food hoarding, the urge to use the washroom as soon as you’re done eating, preference to eating your food alone, and willingness to spend too much of money on food items.

Depending on how long you have been affected by bulimia, psychological stress and anxiety are significant symptoms. There are many external factors that may give rise to stress and inappropriate binge eating. These symptoms are all linked back to the irrepressible thoughts and fear of adding weight. There are other factors and causes which may combine to lead to the development of bulimia. Some of these risk factors are hormonal changes, uncontrolled fear of gaining body weight, personality disorders, depression, psychological torture such as bullying and psychological abuse, anxiety, genes, and history of bulimia in the history of your family. Some environmental influences like people who you love, admire or call role models suffering from the same condition may lead to a gradual development of bulimia.

Whenever recurrent inappropriate eating habits spring up, it’s usually safe to see a doctor. People who are diagnosed with bulimia nervosa early enough have a better chance to deal with the condition. The difficulties facing bulimia diagnosis are mostly as a result of late diagnosis caused by doubt and denial by the patient.

There are other diseases and illnesses which share some of the symptoms of bulimia nervosa too, so a diagnosis of bulimia nervosa confirms that the signs and symptoms the patient suffers are not for other medical conditions. Mental health specialists usually handle bulimia nervosa cases in diagnosed patients. Before the mental health specialist confirms the bulimia nervosa diagnosis, some of these conditions must be plaguing the patient: self-initiated vomiting, abusive use of laxatives, fasting sprees, repeated binge eating. The specialist also has to confirm psychological issues such as anxiety, depression, self-consciousness and lack of esteem all based on body weight.

Treatments and Remedies for Bulimia Nervosa

There is a couple of treatment plans for people diagnosed with bulimia nervosa. An early diagnosis and immediate treatment of bulimia can yield profitable results.  Just like many other psychiatric illnesses, it takes time before the mind is cured of chronic anxieties and low self-esteem thoughts.

Bulimia nervosa remedies are usually a multidimensional response to the state of the patient’s mind. Sessions of counseling, therapy, medications, and nutrition advice mostly make up the effective treatments of bulimia nervosa. Recovery from bulimia nervosa is equally reliant on the patient’s willingness to allow the treatment take its course. If someone suffering from bulimia refuses to cooperate, out of self-denial or refusal of the initial diagnosis, the remedial process will be hindered.

Some of the well-known remedies for bulimia nervosa are:

There are some drugs prescribed by doctors who manage bulimia nervosa. Fluoxetine (Prozac), is an antidepressant that keeps stress, anxiety, and depression in check. 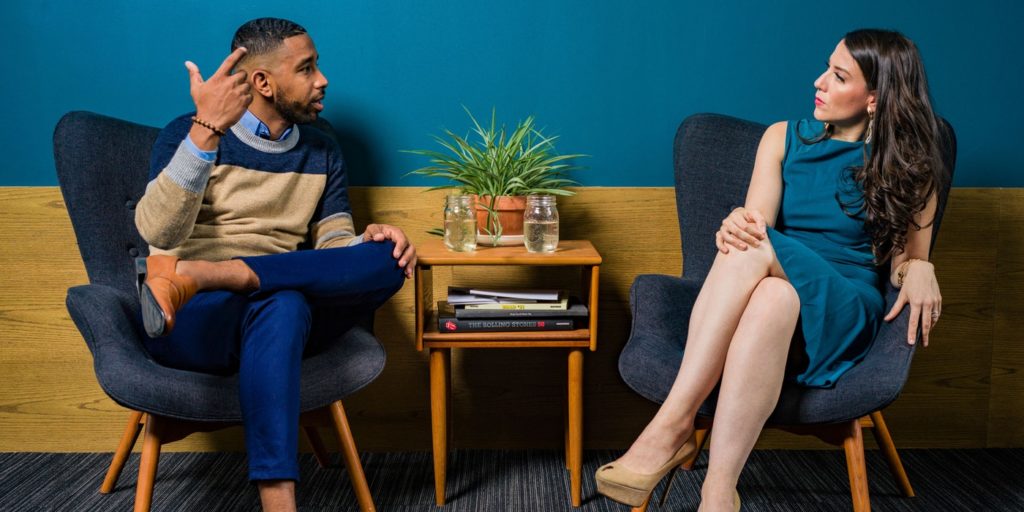 Interpersonal psychotherapies are set up to assist bulimia nervosa patients to understand new approaches to deal with friends and family other than hurting themselves.

This type of therapy encourages bulimia patients to perceive and understand the eating process, body weight and food in new ways. Behavioral and cognitive therapy aims to restructure thoughts and habits which have led to the eating disorder in the first place.

Nutritional counseling is a type of orientation given to patients of bulimia nervosa as regards how the human body relies on food in moderation. Patients learn tthe number of calories needed, the size of food servings and the relationship between food and body weight during nutritional counseling.

Friends and family are encouraged to give all the support they can to patients of bulimia nervosa, especially when they are dealing with depression and other forms of serious psychological stress. Along with the treatments given to bulimia patients, there must be a carefully laid out diet plans to reduce the chances of the patient falling back into the eating disorder.

The type of diet that is most ideal for someone who is recovering from bulimia nervosa includes regular food keeping the calorie and nutrient needs of the patient. So, the plan will include regular full course meals three times daily with about three different snacks in between the main courses.

To counter any inclination to purging behaviors and binge eating, the main meals and snacks will be barely three hours apart from one another.

The diet plan will include only a balanced diet providing all the vitamins, protein, carbohydrates, fats and nutrients required for a properly functioning body. Most of the meals on the diet must be cooked from fresh ingredients. Patients should avoid junk foods at all times.

Bulimia nervosa is a severe health condition, so don’t try to conceal it if you suffer from its symptoms. Visit a doctor to confirm a diagnosis so that you may get early treatment for bulimia. You can also choose to stay away from alcohol, caffeinated drinks and tobacco to prevent the urge to overeat and develop eating disorders. Drink enough water to stay hydrated and relieve yourself of mental stress.

Stay healthy and support those struggling with bulimia.