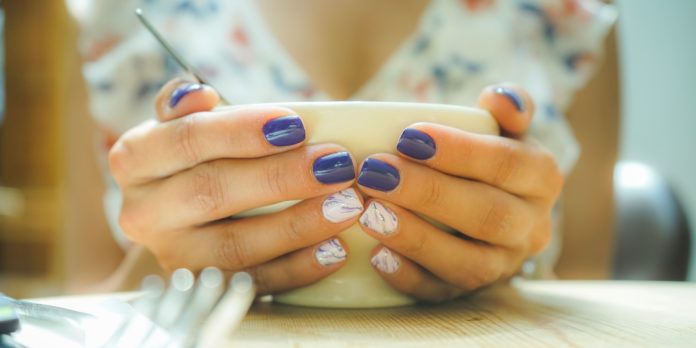 How to Care for the Nails

Unknown to many, the health of your nails is associated with how well your body functions. The state of the nails reveals one’s overall health. A touch of white here, brittle, a rosy tinge on the nail, or some rippling or bumps may be a sign of disease in the body or some health condition that may need medical attention and treatment.
The texture of one’s nails can change for some reasons; let`s take a look.

Splitting and rough nails that can crack easily are the most common nail texture, particularly among women. This condition is called onychoschizia. Brittle nails are caused by continuous wetting and drying of the fingernails. As much as possible, ensure you wear gloves when getting your hands wet during chores. This will help you avoid this condition. You can fix brittle nails by applying lotions that contain alpha-hydroxy acids or lanolin.

Soft or weak nails break easily or bend before snapping. Soft nails are caused by overexposure to chemicals such as detergents, cleaning fluids, nail polish remover, and other nail treatments. To fix this, try avoiding the application of chemicals on or around the nails. Weak nails can also be associated with a deficiency in vitamin B, fatty acids, or calcium. You may try taking multivitamins that include calcium and vitamin B to help solve this problem. 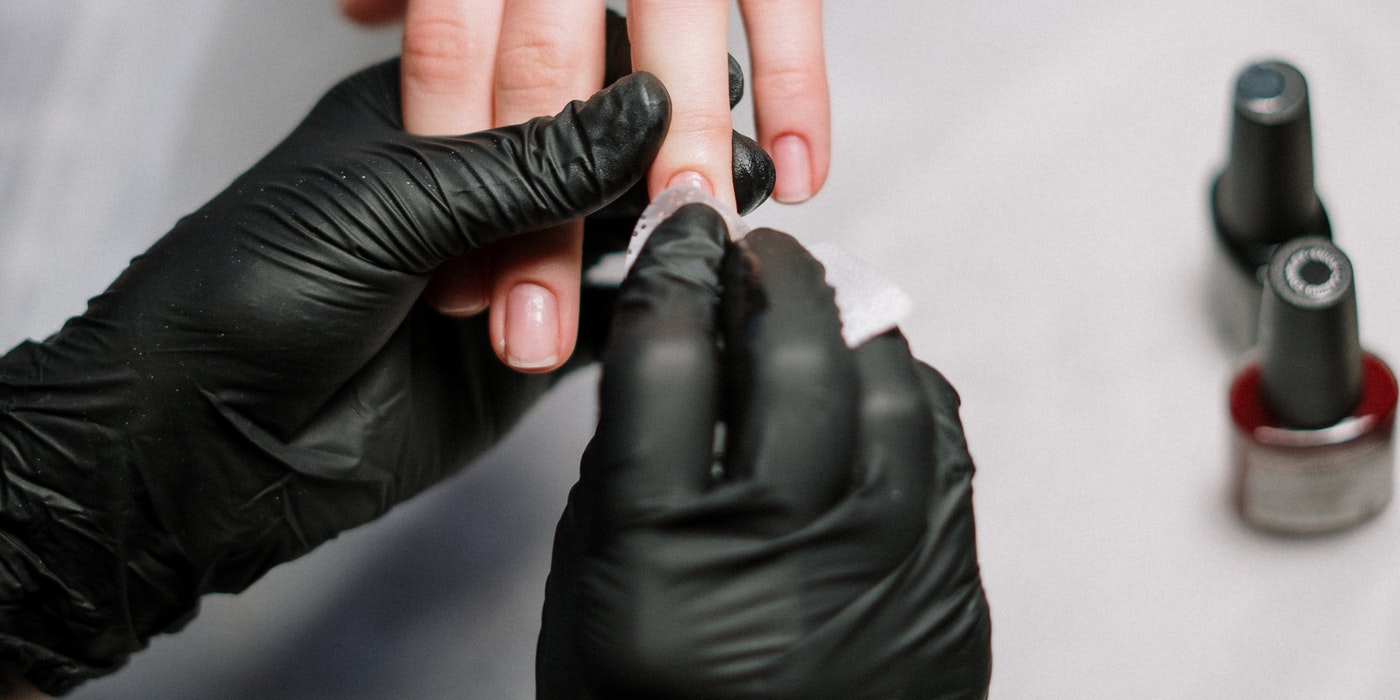 Nails begin to peel when you soak your hands in sudsy water for too long. The peeling can be internal or external. To know if the problem is internal, check if the toenails are peeling too. If they are, then be sure it`s is a result of iron deficiency. If the toenails aren`t peeling, then it is likely an external problem. If it`s an internal issue, add some iron to your diet. You can eat some red meat, potatoes, or cereals. You should also keep your nails moisturized by applying lotion after any activity that might dry them out. Protective gloves too can be helpful, as you could wear them while washing dishes.

Do you have ridges that look like horizontal or vertical waves on your fingernails? These vertical ridges mostly occur later in life and run from the tip of your fingernail to the cuticle. If these lines are not accompanied by other symptoms such as changes in color, then they’re considered nonthreatening. Note that the horizontal ridges known as Beau’s lines are a sign of a more severe symptom.

To solve this problem, you might need to see a doctor who will find the underlying cause. Vertical ridges could also be caused by iron deficiency, while horizontal lines could be the result of a more serious problem such as kidney infection which can stop nail growth until the problem is been treated.

Why Do Nails Change Color?

While many nail abnormalities can be harmless, others can be signs of serious health conditions. The color of your nails may change due to a number of reasons. Here are some of the colors your nails can change to and why.

Yellow nails are common among most people today and are usually caused by one of two factors: an infection or a reaction from a product you have been using, such as nail polish.

To fix this, you need to allow your nails to grow in clear again. Also, some natural products such as tree oil or Vitamin E can help prevent or tackle infections. A multivitamin might also help with this. You may try all of these before consulting a doctor, but if the color persists, it might be a sign of a more severe issue, and may
require urgent medical attention.

The black lines that appear on the nails are also called splinter hemorrhage and can appear brown or dark red and look like splinters. The black line can appear multiple times and is most likely caused by a trauma to the nail, such as accidentally slamming a door on your finger. The line is the result of blood vessel inflammation under your nail and should disappear over time as the nail grows.

The scattered white spots on the nails, which usually start appearing around middle
school age, can indicate a zinc deficiency. A 30-milligrams per day of zinc for three months will help alleviate it. Some other possible causes of the white spots are an allergic reaction, a fungal infection, or an injury to the nail.

The little rounded white curves at the base of the fingernail are called fingernail moons. Not everyone has them. Most of the time, it is not a cause to worry about because they could just be hidden under your skin. However, if they seem to have disappeared, it could be a sign of depression, malnutrition, or anemia. But you should see a doctor if they start turning red and you experience dizziness, anxiety, weight loss or gain, or lightheadedness.

Other nail issues are ridging, pitting, discoloration, longitudinal and transverse grooving, changes in thickness and surface texture, among others.

Symptoms of nail defects may not appear quickly, so it is important that when you observe differences in your nails, you speak with a doctor immediately.

How to Care for your Nails 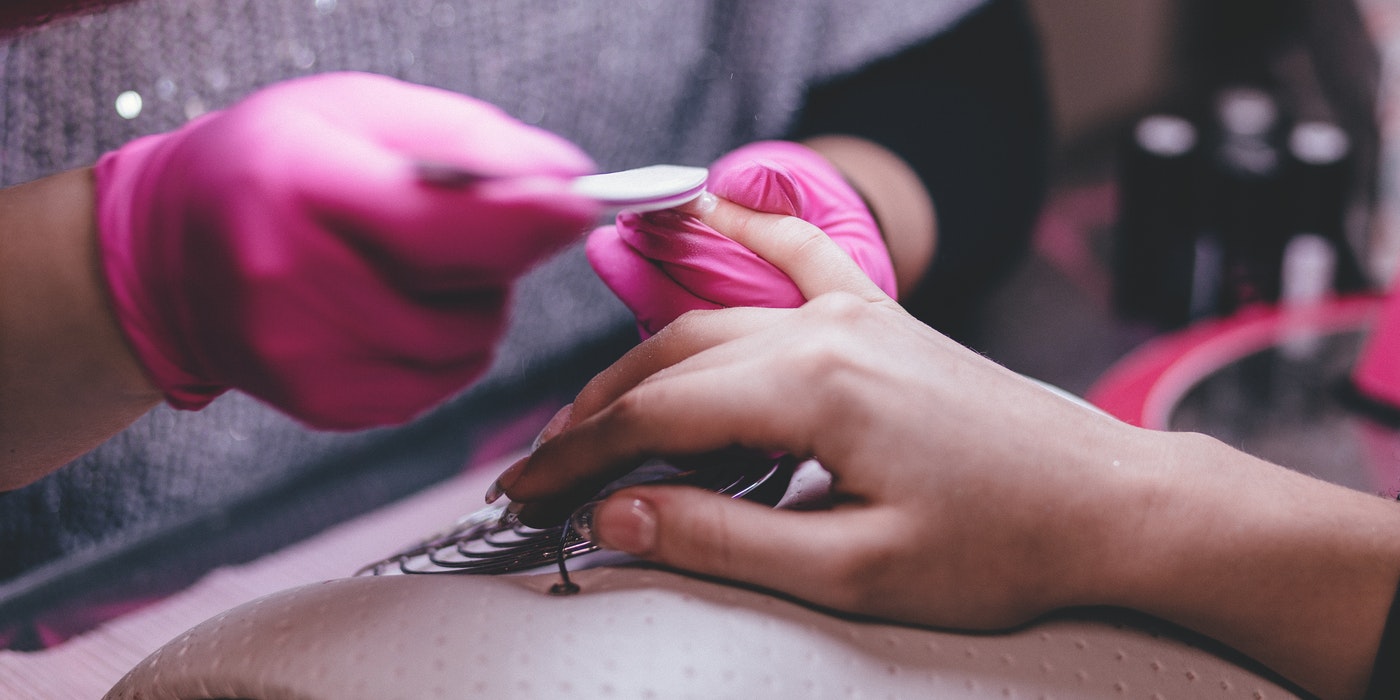 The Effects of Nail Cosmetics on your Nails and Overall Health

Nail cosmetics contain all sorts of ingredients, some of which can affect one`s health negatively. Here are some ingredients to watch out for in artificial nails:

You should also watch out for these ingredients in base coats, top coats, hardeners, and nail polishes:

You should know about the potential consequences of these ingredients to help you prevent the health risks that come with them.

The component compounds in nail polish, such as toluene, formaldehyde, and dibutyl phthalate, pose health hazards ranging from reproductive disorders to cancer. There are numerous other chemicals that are also in nail polish removers, gel polishes, and other nail care products, and they can cause major health problems. Some of these chemicals can dry out the nail, causing brittleness and dryness of the nails and other problems.

Maintaining healthy nails is an important factor in ensuring that the body functions properly. Some of these nail abnormalities may be harmless, while some require medical attention. Knowing the changes that accompany these conditions will help you know the next step to take. Also, you should care for your nails properly by following the right nail care practices, in order to prevent nail problems.