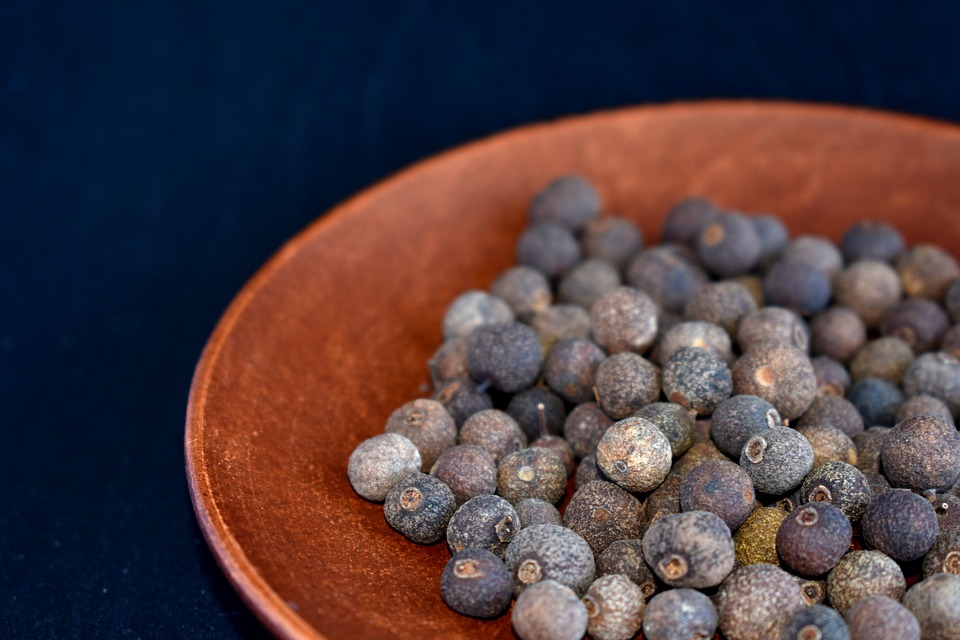 Allspice is a powerful spice derived from the dried fruit of the pimento tree. It is commonly known as with geographically-inclined nicknames such as pimento, pimento, or Jamaica pepper. The spice is native to Mexico, Central America, and some parts of the Caribbean. It has, however, gradually spread all over the world owing to its health benefits and unique flavor.

This spice actually looks like large peppercorns and smells as well as tastes like a combination of cloves, nutmeg, and cinnamon. Allspice is simply hard berries that are picked when ripe and dried in the making them the slightly shriveled. These berries can then be ground up to extract essential oils and made into spice for culinary use for delicious dishes. The spice is commonly found in soups, meat dishes, curries, sauce, chilis, desserts, and even some types of liqueurs.

Of course, its flavor is its most unique feature, but what makes this spice even more interesting is the high concentration of nutrients and healthy compounds such as tannins, eugenol, and quercetin that provide some impressive health benefits.

The health benefits of allspice include:

Owing to its organic components, allspice has a calming effect and is perfect for facilitating digestion by soothing the stomach. The spice contains eugenol that allows for the elimination of digestive problems such as nausea, constipation, diarrhea, vomiting, bloating and excess flatulence. Its anti-inflammatory properties help to ease cramps and the overall process of digestion.

Some studies have suggested that allspice has certain antifungal and antibacterial effects, especially regarding stomach bacteria (E. coli and Listeria monocytogenes). Additionally, the spice helps the gastrointestinal system function with ease and fights against any outside attack via a natural immune response. Also, when allspice is incorporated to certain diets, it can eliminate the bacteria before it ever gain access the body to cause damage. 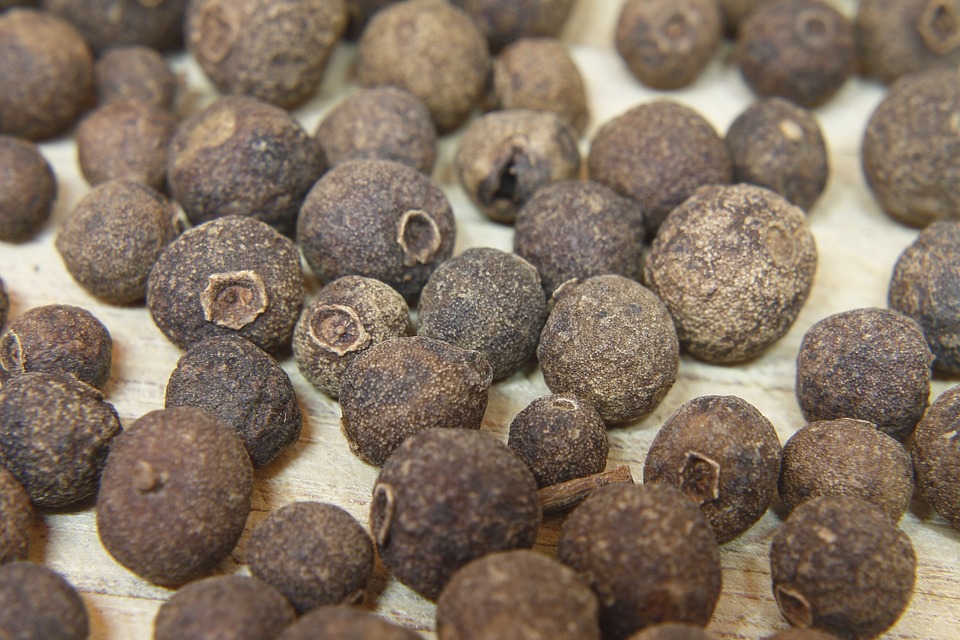 Allspice has antiseptic, antibacterial, and antimicrobial properties that can help to improve your dental health. Note that gargling with allspice may not particularly be a pleasant experience, but it has been associated with gum and dental health by guarding the body against bacterial pathogens.

The chemical compounds—tannins, quercetin, and eugenol all make allspice a very powerful antioxidant that helps in destroying free radicals and removing them from the body. We all know how harmful free radicals that can make otherwise healthy cells to mutate, usually resulting in chronic diseases like cancer. As a matter of fact, allspice contains high concentrations of vitamin A and vitamin C which also supports its antioxidant activity.

One important feature of allspice is its ability to alleviate pain and reduce inflammation in certain parts of the body. The spice is made up chemical compounds that possess active component that can help in eliminating inflammation and providing some relief from arthritis, hemorrhoids, muscle aches, and gout. Its analgesic components also help in reducing pain in the case of injury or recovery after surgery. 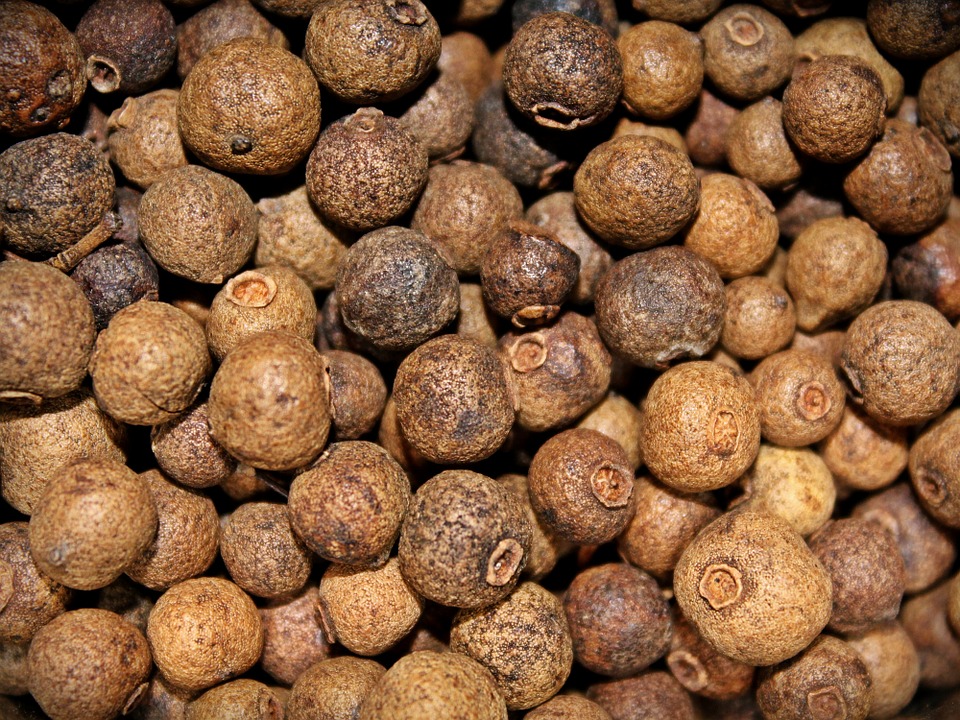 The potassium contained in the spice is effective for protecting the heart, especially as it is a vasodilator and helps to release major tension on the body’s cardiovascular system. This results in increased blood flow via the already relaxed blood vessels and removes the strain on the heart and arteries. This actions help in lowering the risks of developing atherosclerosis, which can lead to heart attacks and strokes.

Since the spice has substantial amounts of iron and copper, it is perfect for improving blood circulation, a vital component of red blood cells. In addition, the rubefacient component of allspice acts as a stimulant and keeps the body warm. Along with improved blood flow, this essential component can provide extra energy and oxygen to every part of the body. Its Iron content also plays a huge role in the production of certain enzymes that are essential for metabolic functions.

Side Effects and Safety

Allspice is obviously a healthy and beneficial spice for most adults, but it can lead to serious allergic reactions in people who are hypersensitive or experience allergic skin reactions. Furthermore, for people with existing ulcerative colitis or gastric ulcers, it is advisable to steer clear of this spice, as it can worsen these medical conditions.

Since there isn’t enough information available to know if allspice is safe in medicinal amounts, before making any major change to your diet or incorporating the spice in food, consult a medical professional. 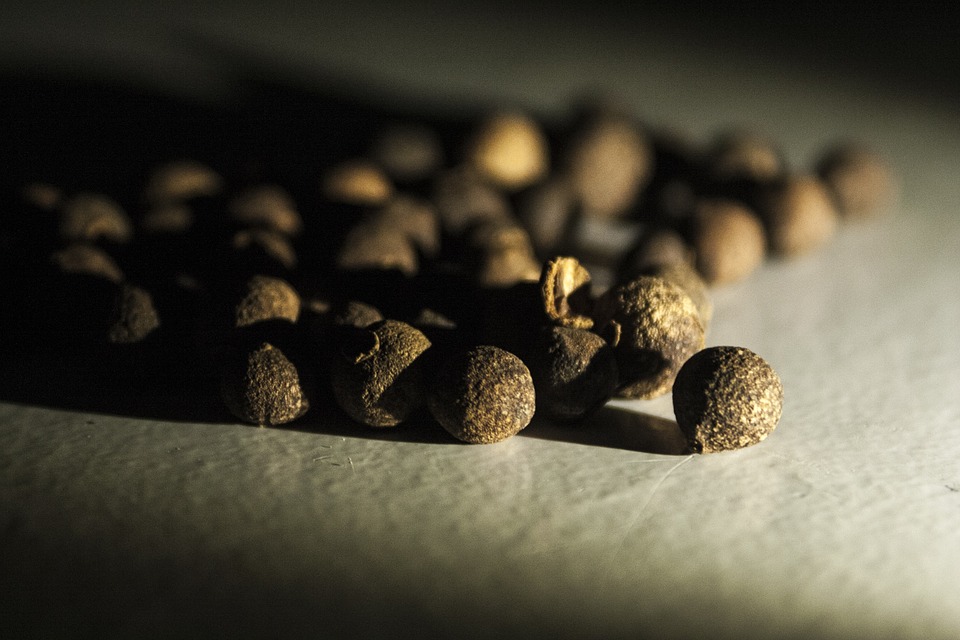 Surgery: Due to eugenol in allspice, the spice has the ability to slow blood clotting. Therefore, there’s some concern that it might elevate the risk of bruising and excessive bleeding during and after surgery. It is best to avoid the use allspice at least 2 weeks before a surgery is to hold.

Pregnancy and breast-feeding: When in food amounts, allspice is considered safe for pregnant women and breast-feeding mothers. However, with larger medicinal amounts, the spice should be avoided until a qualified healthcare provider recommends its use.

The proper dose of allspice is determined by several factors such as the health, age, and many other conditions of the user. Currently, there is not enough scientific information as to the appropriate dose for allspice.

However, it is important to remember that natural products are not often necessarily safe and dosages can be vital. Simply ensure that the relevant instructions on product labels are adhered to. Also, consult a qualified physician or other healthcare professional before taking allspice.