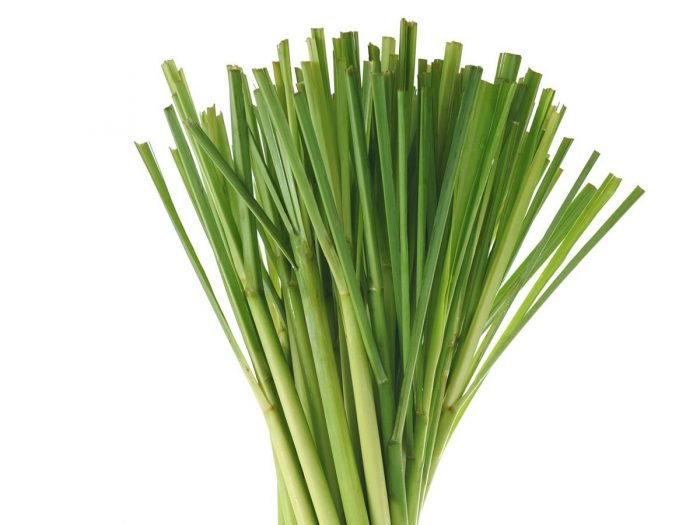 Lemon grass is a tall tropical grass whose fresh stalks and leaves have a clean lemon-like scent due to the fact that they contain an essential oil, which is also present in lemon peel.It is a plant whose leaves and oil are used to make medicine. There are many health benefits associated with lemon grass and how it affects the human body. If you are passionate about tea, you may have tasted lemon grass at one point or another in your tea, pastry or food. More and more chefs are beginning to adopt the use of lemon grass for use in their food, pastries and so on. 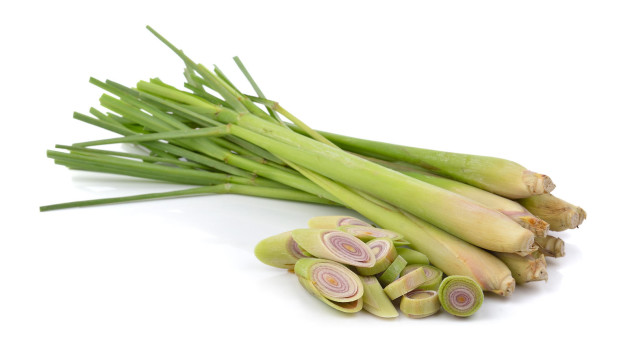 Lemon grass has a lot of amazing health benefits, some of which include relief from stomach disorders, insomnia, respiratory disorders, fever, aches, infections, and  rheumatism. The defensive antioxidant activity of the lemon grass herb protects against antibiotic-resistant Staphylococcus aureus and helps in maintaining the most cholesterol levels, cellular health, nervous system, healthy skin and immune system. In addition to all of this, it is also effective in treating type 2 diabetes, cancer, and obesity, while also aiding in detoxification. It is extensively used in aromatherapy and helps combat fatigue, anxiety, and body-odor. Lemongrass contains antioxidants, flavonoids and certain phenolic compounds such as luteolin and caffeic acid, all of which help in providing an impressive range of medicinal aids. The main part of lemongrass is that is lemonal or citral, which has anti-fungal and anti-microbial qualities, while also providing a distinct lemony smell. Some of the most well-known health benefits of lemon grass include:

Lemongrass possesses certain anti-hyperlipidemic as well as anti-hypercholesterolemic properties that support and keep up healthy cholesterol levels. Studies have shown that the regular consumption of lemongrass has shown significant results in sustaining healthy levels of triglycerides within the body as well as reducing the levels of cholesterol in the body. This helps to prevent the accumulation of lipids in the blood vessels and enhances the unobstructed flow of blood in the arteries, preventing a variety of cardiac issues from happening.

In addition to lowering cholesterol levels within the body, lemon grass also acts as a detox agent to remove toxins from the body. The truth of the matter is that we eat a lot of crap, an as a result of this, grease, sugar and so many other harmful substances clog up our vital organs. Lemongrass is effective specifically in cleansing and completely flushing harmful and toxic wastes out of the body, as a result of its diuretic properties. Detoxification helps in the regulation of various organs of the body, including the liver and kidney, while at the same time, also helping to lower the levels of uric acid. The diuretic effect of lemongrass helps to increase the measure and frequency of urination, which helps to keep up the digestive health, eliminate accrued fats, and also assisting in maintaining a clean system. 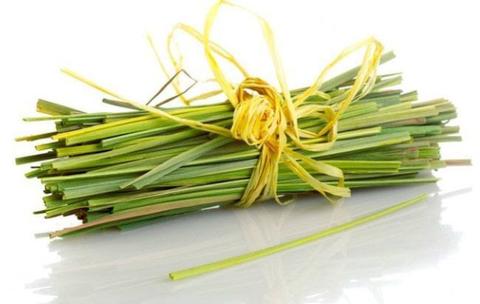 Lemongrass is effective because it helps in treating various types of cancers without completely affecting the healthy normal cells of the body. Research conducted to prove the anti-cancerous activity of lemongrass has shown promising outcomes in the prevention of skin cancer. Secondly, studies have also shown that a certain part, citral which is often most present in lemongrass, helps in reducing the growth of hepatic cancer cells during the first phase and prevents any further production of cancerous cells within the body. Furthermore, another study  provides supporting evidence about the anti-proliferative effect of citral contained in lemon grass that helps in  impeding the growth of human breast cancer cells and the induction of apoptosis.

Studies have shown that Lemon grass has some essential oil as well as anti-microbial and anti-bacterial properties which help in fighting off the infections that are caused by various pathogens. It is also very beneficial in the prevention of gastrointestinal-related disorders such as gastric ulcers, which help in stimulating the bowel function, as well as improving digestion in the body. The anti-inflammatory property of Lemon grass is beneficial for treating different types of constipation, ulcerative colitis, diarrhea, nausea and other types of stomach aches.

Lemon grass aids in calming muscles and nerves, which also helps in triggering sleep. Further studies have shown that Lemon grass tea has a sedative and hypnotic properties which help in increasing the duration ans span of sleep.

Lemon grass is a febrifuge, which  is also known as the ‘fever grass’, owing to its beneficial effects in lowering fever. The anti-pyretic and diaphoretic effect of Lemon grass is mostly extensively used in Ayurvedic medicine for curing fevers by inducing sweating.

Lemon grass works as an antiseptic  and is really very effective in treating infections such as ringworm, sores, Athlete’s Foot, scabies, and urinary tract infections (UTI) because of its antimicrobial and anti-fungal properties. Studies and research have shown that Lemon grass exerts healing effects on dermatological infections, such as yeast infections, by inhibiting the growth of pathogens. Another recent study provides supporting evidence that demonstrates the stronger effect of Lemon grass over thyme, patchouli, and cedarwood oil in the treatment of various diseases related to the body.

Lemon grass removes the pain and discomfort caused by headaches and migraines due to its analgesic properties. The phytonutrients present in it improve blood circulation and help in relieving spasms, muscle cramps, sprains, and backaches. It is valuable in treating sports wounds, including dislocations, internal injuries, and bruises.

Lemon grass is nervine and has been proven to be a tonic for the nervous system. It stimulates the mind and actively helps in combating convulsions, nervousness, vertigo, and various neuronal disorders such as Alzheimer’s and Parkinson’s disease. It is used in therapeutic baths, which aids in calming the nerves and alleviating the symptoms of anxiety and fatigue caused by stress.

Lemon grass has been proven beneficial in treating type-2 diabetes. Studies have shown that the citral present in it help keep up the most levels of insulin and improve the tolerance of glucose in the body.

Lemon grass is effective in relieving the pain and discomfort caused by rheumatism. It can be applied topically on both lumbago and sprains and helps in relieving neuralgia. 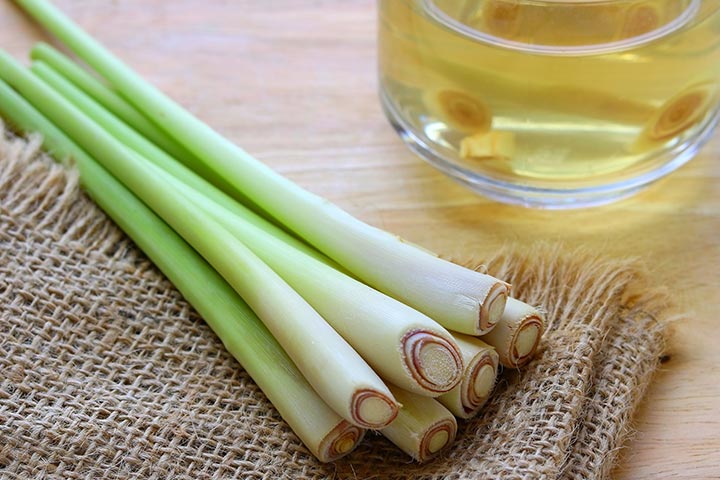 Lemon grass helps in restoring the vital systems which are working in the body, including digestion, respiration, excretion and nervous system. This assists in the better absorption of nutrients and strengthening of the immune defense mechanism of the body. Lemon grass extracts have a beneficial effect on the inflammatory actions of cytokines, which are the molecules through which the cells communicate and respond to the body. Studies have shown that lemon grass also acts as as  anti-inflammatory agent.

Lemon grass has been treasured as a skin tonic and makes an effective cleanser for oily or acne-prone skin, due to its astringent and antiseptic qualities. It helps in strengthening the skin tissues as well as toning up the pores while also sterilizing them. Care should be taken while using lemon grass products, as the undiluted application might lead to dermal irritation in some cases.

Lemon grass possesses antioxidant qualities and helps in protecting the body cells from oxygen-derived free radicals. It also helps in the cleansing of blood and strengthening the spleen to discard the tarnished red blood cells. It supports the function of the glands that are responsible for the production of white blood cells. It helps in stimulating the regeneration of cells. The folate and potassium content in the stem and leaves of lemon grass aids in DNA synthesis and promotes cell division.

Lemon grass is effective in curing the condition of water retention or edema. It has a cleansing effect on lymphatic congestion and helps soothe the swelling.

Like I mentioned earlier, lemon grass consists of the beneficial ingredients of essential oils such as nerol, citronellol, myrcene, dipentene, geraniol and methyl heptenone which have anti-fungal, insecticidal, and antiseptic properties. The oil that is contained in lemongrass is extensively used in aromatherapy, due to its therapeutic effects, which help to revitalize the body. The cooling effect of lemongrass oil is beneficial for the body during hot weather and promotes the revival of both the mind and soul. This oil possesses natural astringent and toning qualities which help in stimulating blood circulation as well as toning up the dermal tissues. It also helps in tightening, uplifting and firming lethargic or sagging skin.