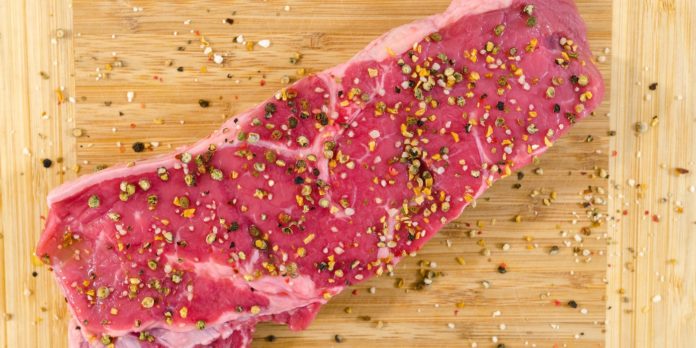 What Is the Healthiest Way to Cook Meat?

This tasty and satisfying staple food is an excellent source of high-quality protein and other essential nutrients. It`s got various cooking methods, and each method has its effects on the health of the eaters. What if we take a detailed look at the various methods of cooking meat and the changes that occur during each?

Studies show that people have cooked meat for at least 250,000 years. Cooking breaks down tough fibers and connective tissues in meat, making it easier to chew, digest, and absorb its nutrients. What`s more? Cooking meat ensures the death of harmful bacteria such as E. coli and Salmonella that can cause food poisoning. Cooking meat, however, can reduce its antioxidant capacity, depending on the cooking duration. Meat can also lose its nutrients if the cooking process isn`t ideal. When you cook meat at high temperatures for a long time, it can lead to the formation of harmful compounds that may increase the risk of disease. Keep reading to discover the best cooking methods that minimize nutrient loss and produce the lowest amounts of harmful chemicals.

Meat-Cooking Methods you Should Know 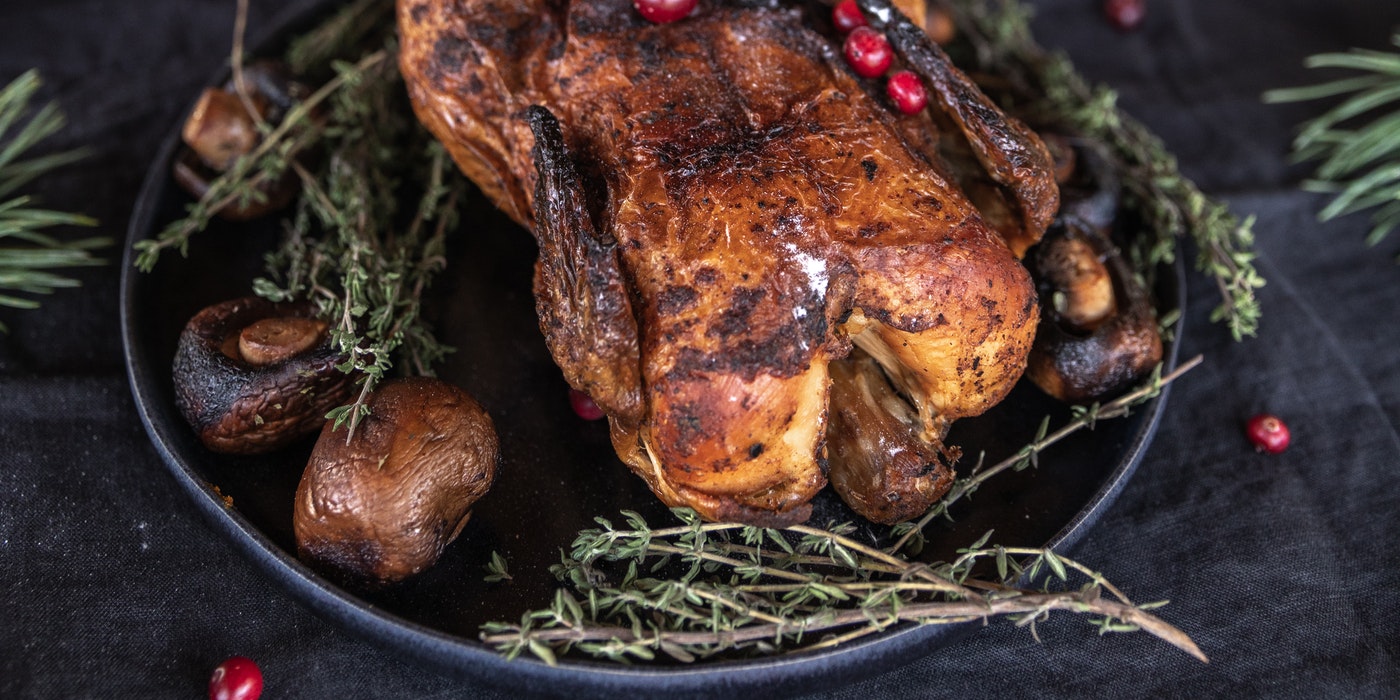 Roasting and baking are related methods of cooking, as they both require dry heat. With dry heat cooking, you don`t need to cook in water or another liquid.

When you roast meat, you cook it in a roasting pan which typically holds a rack to keep the meat above the juices that drip down as it cooks.

You can also do this with an oven rotisserie, a device with which you can cook meat on a slow-turning spit. This technique is usually reserved for cooking large pieces of meat or entire animals, such as turkeys or chickens.

Baking is used for chicken, poultry, or fish, not red meat. When you bake meat, you put it in a baking dish and cover it or leave it open.

The ideal temperatures for roasting and baking range from 300–425°F (149–218°C) and cooking time may vary from 30 minutes to an hour. It could be more, depending on the type and cut of meat. A major advantage of roasting and baking is that there are minimal losses of vitamin C.

Note, however, that the meat loses up to 40% of B vitamins during cooking at high temperatures.

Panfrying and stir-frying require cooking meat with fat in a wok, skillet, or pot.

While stir-frying, you need to continue flipping or stirring with a spatula as the food cooks. Panfrying, on the other hand, doesn’t usually need constant movement.

Although both methods require high heat, cooking times are extremely short, thereby maintaining the tenderness of the meat with good flavor. These cooking techniques also aid the retention of nutrients and reduce the risk of oxidizing cholesterol in fatty meats. Oxidized cholesterol puts people at risk of heart disease.

You should know, however, that panfrying and stir-frying are not entirely without shortcomings. Cancer-causing compounds called Heterocyclic amines (HAs) are formed when the meat reaches high temperatures during cooking. HAs usually occur when panfrying meat and poultry. Well, don`t get discouraged just yet, as you can marinate meat in mixtures containing vegetables, herbs, fruits, and spices that are high in antioxidants to reduce the formation of HAs. Adding herbs to a marinade will particularly decrease HAs by about 90%.

By all means, please choose healthy fat whenever you panfry or stir-fry. Most seed and vegetable oils are high in polyunsaturated fats that are vulnerable to damage at high temperatures. Also, heating such oils could cause the formation of oxygenated aldehydes, which are cancer-causing chemicals present in cooking fumes. Palm oil, coconut oil, and olive oil form fewer aldehydes during stir-frying than seed and vegetable oils.

Sous vide is a French term that means “under vacuum.” This cooking method requires sealing the meat in an airtight plastic bag and cooking for some hours in a temperature-controlled water bath. You may have to do a quick pan-searing after cooking steak and some other types of meat, in order to provide a brown crust.

Sous vide uses the lowest temperature range of all cooking methods: 130–140°F (55–60°C). This is advantageous because it reduces the formation of potentially harmful chemicals. Meat cooked with this method is usually tender and evenly cooked because you can easily control the cooking time and temperature. Also, all juices produced during cooking remain in the bag with the meat, resulting in better retention of B vitamins and a number of other nutrients. Cooking a steak sous vide can take about an hour or even more. A notable advantage of sous vide cooking bags is that they are free of bisphenol A (BPA) and other harmful chemicals.

Pressure cooking is a form of moist heat cooking that makes food to cook quickly and uses less energy than other methods.

A pressure cooker has a pot with a sealed lid and a safety valve used to control the pressure of steam that builds up in it. This pressure raises the boiling point of water from 212°F (100°C) to as high as 250°F (121°C), thereby resulting in faster cooking times.

Pressure cookers are particularly great because they decrease the time it takes to cook meat or poultry. Pressure cooking also leads to less oxidation of cholesterol than some other cooking methods. What`s more? It also adds flavor and tenderness to meat, as well as minimizes vitamin losses. A downside to pressure cooking is that it may make some types of meat overly soft. 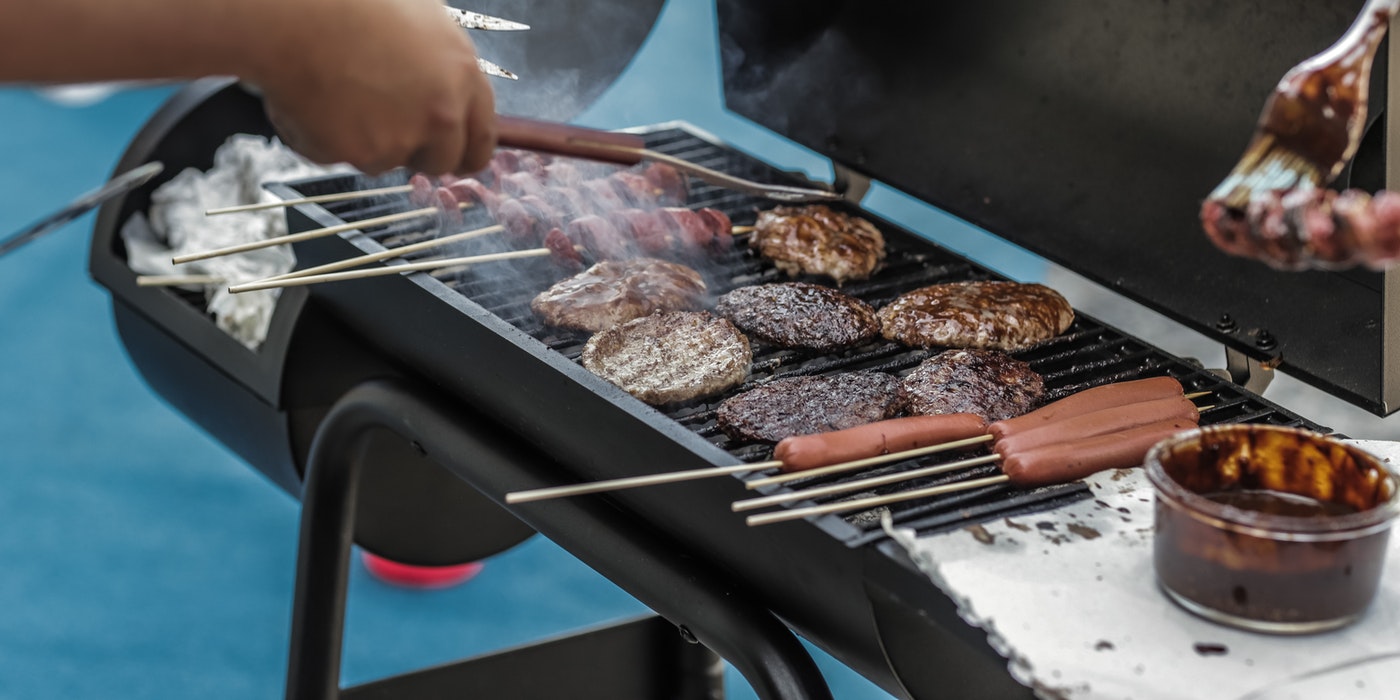 Grilling and broiling are quite similar to dry heat, high-temperature cooking methods. When you grill, you cook with a heat source directly below your food, usually an open grill or barbecue. Grilling temperatures usually range from 375–450°F (190–232°C).

When you broil, the heat source comes from above, just as the broiler in your oven. Broiling occurs at extremely high temperatures of about 500–550°F (260–288°C).

Grilling is a popular method because it gives meat, particularly steak and burgers, a delicious flavor. What many grilled meat lovers don`t know is that this method of cooking results in the production of potentially harmful chemicals.

When you grill meat at high temperatures, the fat melts and drips into the grill, thereby creating toxic compounds called polycyclic aromatic hydrocarbons (PAHs). PAHs cause various types of cancer, including pancreatic and breast cancer. The good news is that removing drippings can reduce PAH formation by up to 90%.

Grilling and broiling, however, promote the formation of certain compounds known as advanced glycation end products (AGEs). Studies have shown that AGEs are linked to an increased risk of heart disease, skin aging, kidney disease, and many other diseases. AGEs are created in the body as by-products of a chemical reaction that occurs between proteins and sugars. They`re also formed in foods during cooking, particularly at high temperatures. Broiled beef brings about higher levels of AGEs than beef-cooking methods. You are advised to keep cooking times short and removing meat from high heat before it becomes charred. This will reduce the level of AGEs it produces.

So which of the cooking methods are you adopting? Have you considered the pros and cons? Whatever you choose, make sure you eat healthy, as that is highly essential.