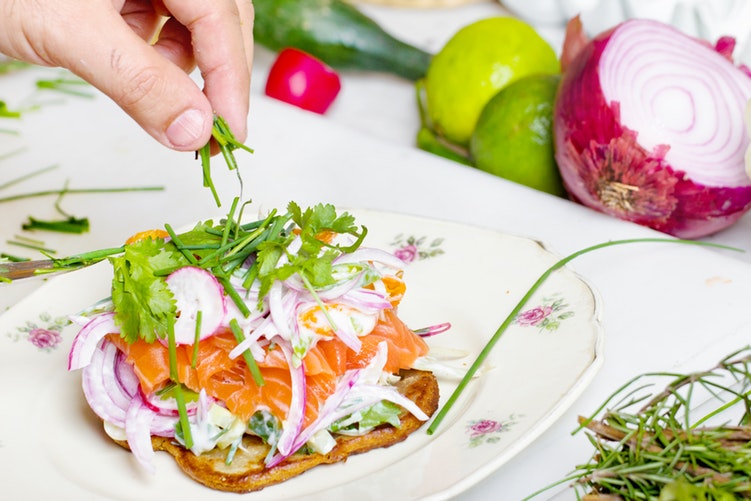 I remember the first time that I tasted Cilantro. I was a sophomore in college, and I was dining at a middle-eastern restaurant for the first time. I remember ordering a Mediterranean salad, and when the waiter brought back my plate with the cilantro in it, I remember tasting it and them almost immediately asking my friend; “what is this stuff. It’s so fresh!”. We both laughed then, but after that incident, cilantro has become one of my favorite herbs till date. One of the things that have made me fall in love with the herb is it’s tangy taste, and the fact that it is full of so much character. Cilantro is a popular herb popular around the globe that resembles flat leaf parsley at first glance, but then when you have a  first sniff, it invariably transports you to the Mediterranean, Mexico, Asia, and India. Cilantro gives a fresh boost of flavor, without adding salt or other seasonings 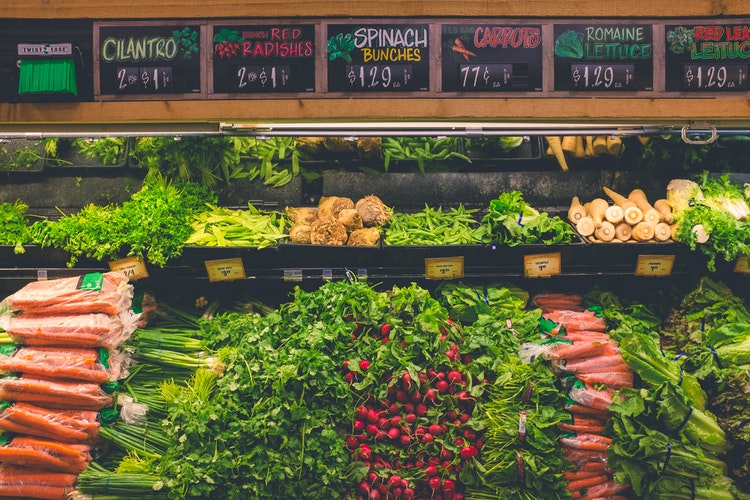 Cilantro comes from the plant Coriandrum sativum, and like many other herbs that I know of, has been around for many years, and is an excellent source of antioxidants. Usually, if you are cooking and you include cilantro in your meal, it can significantly cut down the sodium content in the meal. Cilantro is an annual herb that originates from the family Apiaceae, which has about 3,700 species inclusive of carrots, celery, and parsley to name a few. All parts of the plant are edible, but the fresh leaves and dried seeds are most commonly used in cooking.

Cilantro has been a part of human cuisine for a long time. Historians found dried traces of cilantro in a cave in Israel that dated to around 6,000 BC. Remnants of the plant have also been found in ancient Egypt, showing that its use was widespread even in ancient civilizations. The ancient Israelites were also very familiar with coriander. In the Old Testament Bible (Exodus 17:31) it says: “The house of Israel called the name therof Manna: and it was like a coriander seed, white; and the taste of it was like wafers made with honey.” -This passage directly refers to the Manna which fed the wanderers for forty years. Coriander is also mentioned in the “Arabian Nights” which is a book that is  over 1000 years old. In the book, cilantro was part of the mixture that supposedly helped a childless man to have children. The Chinese have also used cilantro for centuries. Many researchers wonder about how the plant reached the East from the West, and many similarly speculate  that it followed ancient trade routes to arrive at its final destination. The spice routs between Asia and Europe were famous for taking spice from Asia to the Middle East and Europe. The herb was one of the first (along with dandelions) to be brought to the Americas from Europe. Cilantro was grown in many places, including the Massachusettes Bay Colony around the mid-1600s. It was brought into Mexico by the conquistadors in the 1500s. Also in the mid-1700s a liquor was made from the coriander seeds, but this experiment proved unsuccessful. Today, cilantro and coriander are widely used outside of Europe from the Southwest U.S. through Central and South America, on into India, China, Thailand and other parts of the world. Fast forward to a few thousand years later, cilantro was brought to the early British colonies in North America in 1670, making it one of the first spices to be cultivated by the early settlers, and is still eaten and appreciated today as one of the most unique-tasting herbs out there. 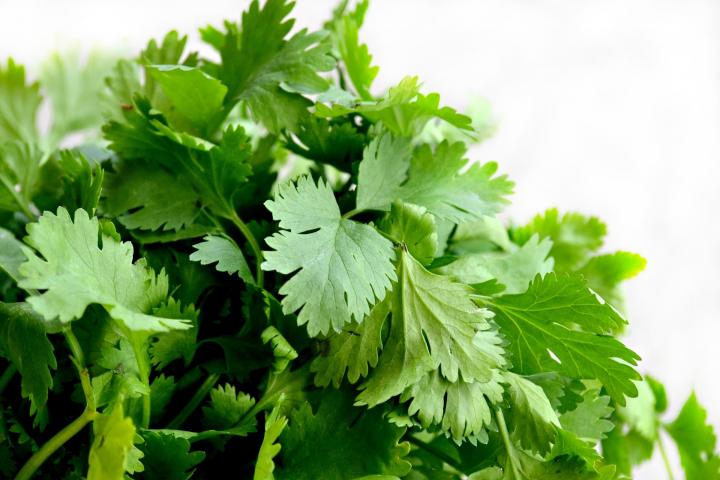 After this history lesson, you may be wondering how exactly this information helps you, and why you should eat more of cilantro, but stick with me a little longer, I am going somewhere with this. Here are a few amazing benefits of this interesting herb.

It Gets Rid of Heavy Metals

Arsenic, cadmium, aluminum, lead, and mercury can become resident in our human tissues, and this invariably tends to lead to heart disease, frequent hormonal imbalances, neurological conditions, infertility, and so much more. Scientifically, Cilantro which is also known as “Coriandrum sativum”, has been shown to bind these toxic metals together, loosening them from tissue, and facilitating their elimination from the body. One recent study found that Coriandrum sativum significantly protects against lead induced oxidative stress, while another study found that cilantro actually accelerates the removal of heavy metals from the body.

A diet rich in potassium is an important part of controlling blood pressure because it lessens the effects of sodium on the body. High blood pressure increases your risk for heart failure, heart disease, and thickening of the heart muscle. In addition to helping lower blood pressure, cilantro benefits actually helps to dissolve cholesterol build up in the arteries, protecting against atherosclerosis and heart disease.

Urinary tract infections may be caused by E. coli, sexual activity, genetics, or diabetes. Cilantro’s antibacterial compounds help to keep the urinary tract healthy, and free from unhealthy bacteria in a healthy alkaline environment. In addition to cilantro, coriander seeds are helpful in relieving symptoms, if a UTI does occur.

Simply soak 1 ½ teaspoons of dried coriander seeds overnight in 2 cups of water. Strain and drink, or just add to your morning smoothie. This is effective because it will help relieve the discomfort and pain associated with the UTI, and will also help to speed your healing.

Cilantro has been used throughout the world for thousands of years to settle nauseous tummies, prevent gas and bloating, relieve indigestion and heartburn, and ease stomach cramps. It aids in efficient digestion, by helping to produce digestive enzymes that aid in the breakdown of foods. In many cuisines, fresh cilantro accompanies hot and spicy dishes because of its cooling effects.

Hot curry dishes, green chili, and spicy Thai noodle dishes all are better tolerated by many people with the simple addition of just a touch of fresh chopped cilantro. This cooling effect can help prevent heartburn after spicy meals. If gas or bloating is a problem, try adding chopped cilantro as a garnish for legume dishes, and to salads.

Cilantro benefits not only detox the body but also protect it from infection and toxins. Its natural antibacterial properties helps to protect against both food and water borne diseases including food poisoning, dysentery, salmonella, cholera, and particularly listeria. Research published in the International Journal of Food Microbiology studied dill, coriander, eucalyptus, and found that cilantro was particularly effective in fighting listeria.

Coriander seeds from cilantro actually helps to support healthy menstrual function by helping regulate proper endocrine gland function, and the hormones that regulate menstrual cycles. In addition, coriander can help reduce the bloating, cramps, and pain during the cycle.

Cilantro is used both internally and externally as a remedy for skin irritations including hives, sunburns, and poison ivy. It’s natural anti-histamines helps to calm the immune system response against allergens. Fresh cilantro blended with coconut oil can be blended together and applied topically to soothe sunburns, dry skin, poison ivy, and hives caused by an allergic reaction. 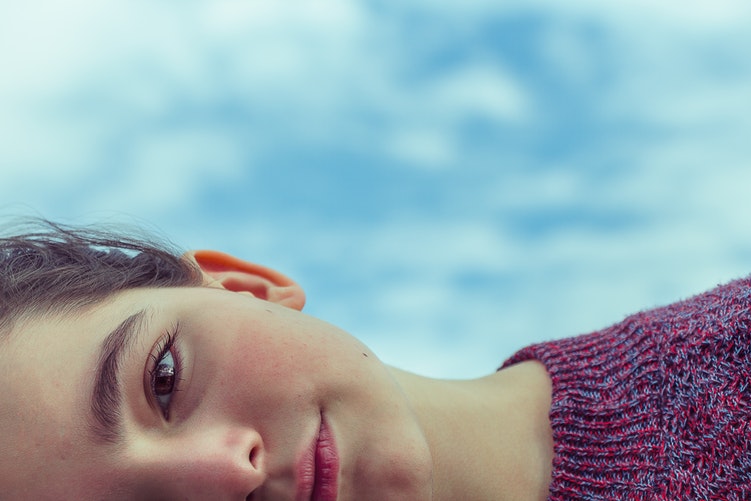 To get all the cilantro benefits, instead of blending with coconut oil, blend with water, and strain. Apply the cilantro to the skin, and drink the remaining juice. This two-pronged approach is particularly helpful when seeking relief due to an allergic reaction.

The benefits of cilantro are many, and although I was only able to name a few, I hope that this helps. You really should include more cilantro into your diet.