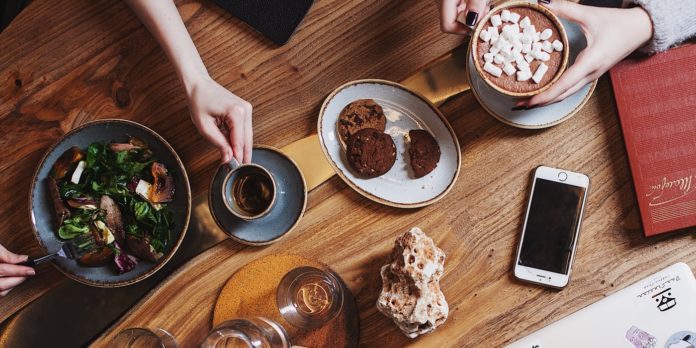 What Are the Healthiest Breakfast Options?

In today’s fast-paced world, a great breakfast is any meal that is easy to prepare, delicious and nutritious. You want to start your day with a bang, so you will be needing a breakfast rich in protein to fill you up and support muscle growth. According to the Recommended Dietary Allowance, you need about 0.8g of protein per kg of your body weight, and your breakfast should carry about 30 grams of your protein intake every day. This is a healthy path toward building stronger muscles and losing unwanted body weight. Here are some of the protein-filled breakfast recipes you can quickly make for a great start every morning.

Sandwich fans, it’s time for a protein-charged breakfast! Grill some slices of bread in a grill pan and heat three tablespoons of olive oil in another pan. Cook some slices of bacon in the heated oil until they become crisp. Place two crispy slices of bacon on four slices of grilled bread with some lime juice, smoked salmon, pepper and salt. Top it all with another set of four slices of grilled bread. This sandwich gives you 689 calories and a healthy 46g of protein. It takes less than half an hour to prepare.

Here’s a favorite pancake recipe for a healthy protein breakfast. Get ready half a cup of milk, an egg, half a cup of flour, mashed banana, a tablespoon of olive oil, three tablespoons of peanut butter, half a teaspoon of baking powder and cinnamon each, a teaspoon of vanilla extract and a tablespoon of pure honey. Mix both the baking powder and flour after preheating a griddle. Pour every other ingredient and mix them thoroughly into a batter. Scoop a ladle or dollop of the mixed batter onto the heated griddle and cook until bubbles begin to appear around its edges. Flip the cooked pancake over to cook for another two minutes before serving it with berries or bananas. This pancake gives you 189 calories and about 30.76g of protein. It also takes less than half an hour to prepare.

This 25g protein breakfast also comes with a relatively lesser amount of calories (about 450). It takes just about fifteen minutes to make, which is pretty quick for a cooked meal. The main ingredients you will be needing include half a cup of ricotta cheese, two teaspoons of chia seeds, a quarter cup of pomegranate, instant oats and strawberries each, three sliced dates and two teaspoons of slivered almonds.

Put half a cup of ricotta cheese inside a small bowl and blend it into a thick, creamy and smooth mould. Mix the fruits, oats, seeds, and nuts, with the blended ricotta cheese and stir them quickly. Your ricotta cheese parfait is ready! 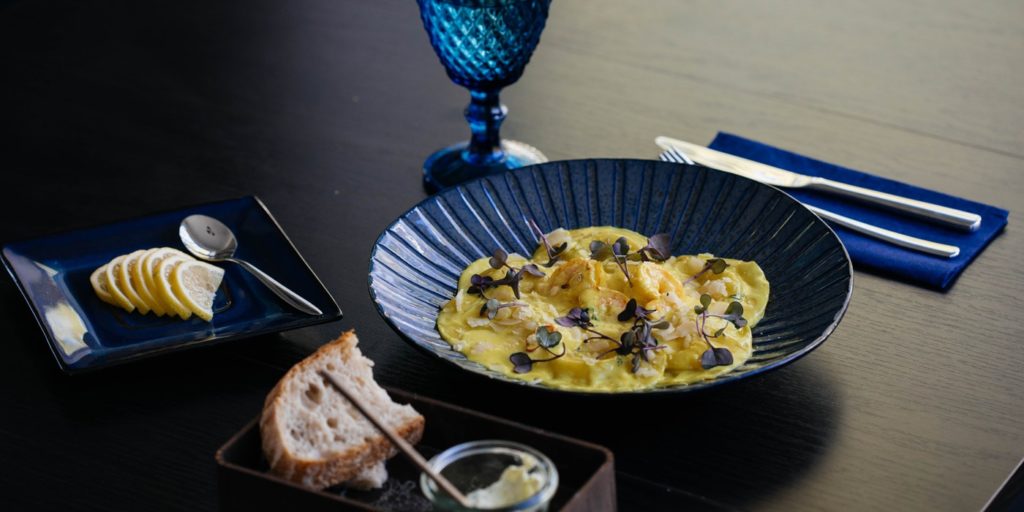 A serving of sausage omelet is another protein-rich breakfast recipe you should try soon if you haven’t been hooked on it already. Offering you 30g of protein and 384 calories, a serving of sausage omelet will take less than half an hour to prepare. Four large eggs, four sliced chicken sausages, half a cup of sliced bell pepper, six slices of seeded green chili, sliced or cubed medium-boiled leftover potato with skin, cilantro, half a teaspoon of pepper, cooking spray and salt are all you need for this meal.

Coat a heated pan with some cooking spray and put some sliced sausages in the pan to cook for about four minutes. Move the sausages into a bowl and cook a mixture of beaten eggs, vegetables, pepper and salt in the pan for two minutes. Add your cooked sausage slices back into the pan with the half-cooked egg. Flip the cooking omelet over low heat for another three minutes until it is completely cooked. Serve your cooked sausage omelet garnished with some cilantro.

Get two round slices of red or yellow bell pepper, two large eggs, four halved cherry tomatoes, a teaspoon of pesto, half of a green apple, an avocado, a quarter of a teaspoon of chili flakes, a teaspoon of cacao nibs, a tablespoon of pumpkin seed butter, and cooking spray. To prepare, coat a heated pan with some cooking spray. Put the round bell pepper slices and crack open an egg in each hollow of the bell pepper. Put the cherry tomatoes, add a little bit of salt, and cook them all together until the egg white hardens. Carefully spoon the eggs-in-bell pepper-hollow and serve them on a plate. Slice apples and the avocado then crown the eggs with chili flakes, pesto, a teaspoon of pumpkin seed butter and cacao nibs.

This is another breakfast high in protein —about 15g of protein. You will need two clementines, a tablespoon of whey protein, half a cup of orange juice, a cup of yogurt, a carrot, seven physalises, a teaspoon of linseed mix and a tablespoon of maca powder. Blend all the ingredients using a blender, blitz them all into a smooth protein pulp. This takes you barely 15 minutes to prepare.

Coat a heated skillet with cooking spray, sauté the sliced button mushrooms, and move them into a bowl. Make a mixture of two egg yolks, three egg whites, herbs, pepper, cheese, and salt in the same bowls the sautéed mushrooms. Clean up a skillet and use the cooking spray to coat it. Put the egg and mushroom in and cook for about four minutes. Broil it for another three minutes without flame. When this is all done and cooked, cut the egg and mushroom frittata into four different slices. Your 25g protein meal is ready under 20 minutes.

This smoothie offers you 540 calories and 24g of protein. Pour a quarter of a cup of blueberries and rolled oats each, a cup of coconut milk, a tablespoon of ground flaxseeds, a teaspoon of chia seeds and pepita each, and some mint leaves into a blender to blend. After blitzing this mixture, sprinkle some mint leaves in and enjoy!

For this meal, you’ll need two strips of bacon, two large eggs, half a cup of baked beans, a quarter of a bulb of white onion and cooking spray. Cook the baked beans in a heated pan for about four minutes, then cook your slices of bacon in a separate pan till it’s crisp enough, then serve them on a plate. Fry some slices of the white onions for a minute in the sprayed and heated pan, then fry both eggs in the same pan until it solidifies. Mix the fried eggs and baked beans together with the cooked bacon on a plate. This meal contains 453 calories and 31g of protein.

This protein-packed meal will take about half an hour to prepare. It has about 402 calories and 25g of protein. A cup of chickpea flour, half a cup of chopped tomato and coriander leaves each, half a teaspoon of cumin seeds, ginger-garlic paste, chopped seeded green chili, and turmeric each, a quarter of a cup of chopped red onion, Swiss chard, spinach, two thirds a cup of water, mint chutney, cooking spray, and salt.

Mix the chickpea flour, turmeric, cumin seeds and a pinch of salt in a bowl evenly with water. Sprinkle some of the chopped greens and veggies in the mix as well. Coat a heated pan with some cooking spray and add a portion of the batter into the pan to cool for some time. When it starts getting golden brown, turn it over and cook for another three minutes before serving it on a plate. Garnish your chickpea flour crepes with some greens and mint chutney. 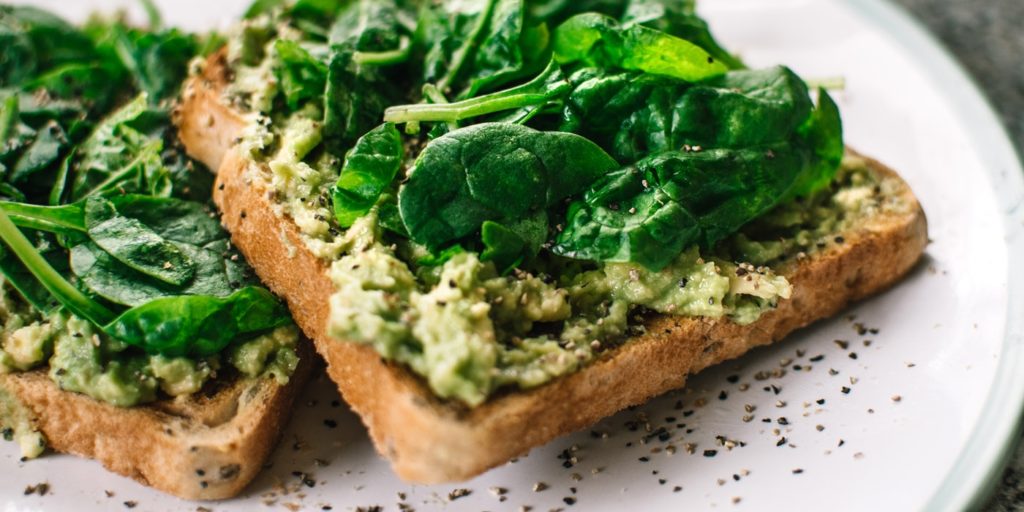 You can start your day with an egg, cheese, and avocado toast of about 45g of protein under 15 minutes. Get two eggs, four slices of bread, an avocado, a teaspoon of vinegar, and two slices of soft goat cheese. Toast the slices of bread in a toaster or using a grill pan, boil a cup of water, and a teaspoon of vinegar in a separate pot, and crack each egg open into the boiling pot of water and vinegar until they solidify. Scoop both eggs out of the pot and place them on the slices of bread with sliced avocado, soft goat cheese, and cover them all up with the other slices of bread. Two pieces of your egg, cheese, avocado toast are ready!

Heat a cup of skimmed milk and pour half a cup of rolled oats into the boiling milk to cook for another two minutes. Take the boiled milk and oats off the flame before adding a piece of dark chocolate, a tablespoon of peanut butter, a tablespoon of cocoa powder and a teaspoon of cinnamon. Mix them well and pour them into a bowl. Toss some berries in and sprinkle little maple syrup into the bowl. Your chocolate peanut butter oats meal is ready! You may use soy milk instead of skimmed milk if you are lactose intolerant. This meal has 736 calories and about 25g of protein.

Another healthy smoothie breakfast filled with protein goodness, this recipe takes just about 15 minutes to prepare. Blitz half a cup of almond milk, half a cup of mixed frozen berries, four tablespoons of granola, half a frozen banana, and a tablespoon of peanut butter all in a blender. Pour the blended smoothie into a bowl and add a tablespoon of dried coconut and pomegranate each, and half of a cubed kiwi. And you have 378 calories and 20g of protein for breakfast.

Oatmeal is a great type of breakfast, and starting your day with it will give that fresh energy and strength you need to pull through the day. Cook half a cup of millet in one cup of oat milk until it’s ready for consumption, pour the cooked millet oatmeal into a bowl and mix with some fruits like dates, grapes, chopped apple, and almonds.

Our final protein recipe for breakfast is packed with 28g of protein and 538 calories. Halve a peeled pear and blitz it with a cup of almond milk and a banana in a processor. Pour the smoothie in a bowl and add a tablespoon of chia seeds, a teaspoon of hemp seeds, and half a teaspoon of cinnamon. Enjoy!

These are your 15 tasty breakfast recipes that are high in protein content and easy to make. They will help you start your day better than many other quick breakfasts, and put you in great shape over time. Get up and get in that kitchen now; you’d be glad you did!