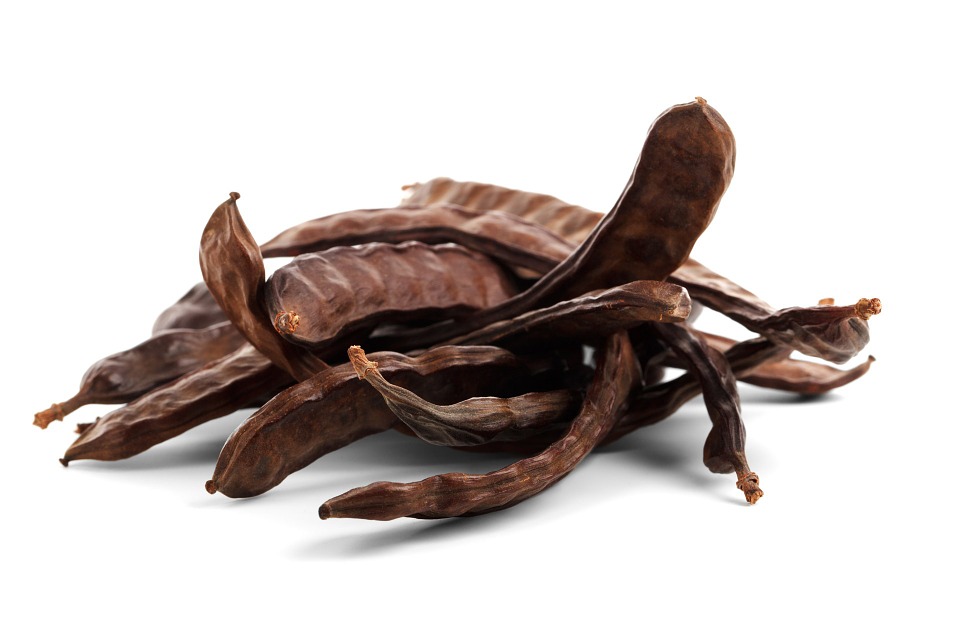 Did you know that carob as a healthy alternative to chocolate? Well, carob, also known as locust bean or St John’s-bread is made from the seed pods of Ceratonia siliqua. It is a flowering shrub is originally from Eastern Mediterranean and belongs to the pea family called Fabaceae.

Carob is not just tasty; it is nutritious as well and should be incorporated into your diet. Typically, the dry pods are ground into carob powder, also known as carob flour. And for commercial purposes, carob pods are usually processed and used as a thickening agent in some foods.

As a matter of fact, carob can serve as a substitute for chocolate for individuals who are allergic to dairy products or cocoa. It contains high amounts of protein and phytonutrients that are effective in protecting the body against heart-related problems and aid weight loss.

So, let’s talk about the health benefits of carob. 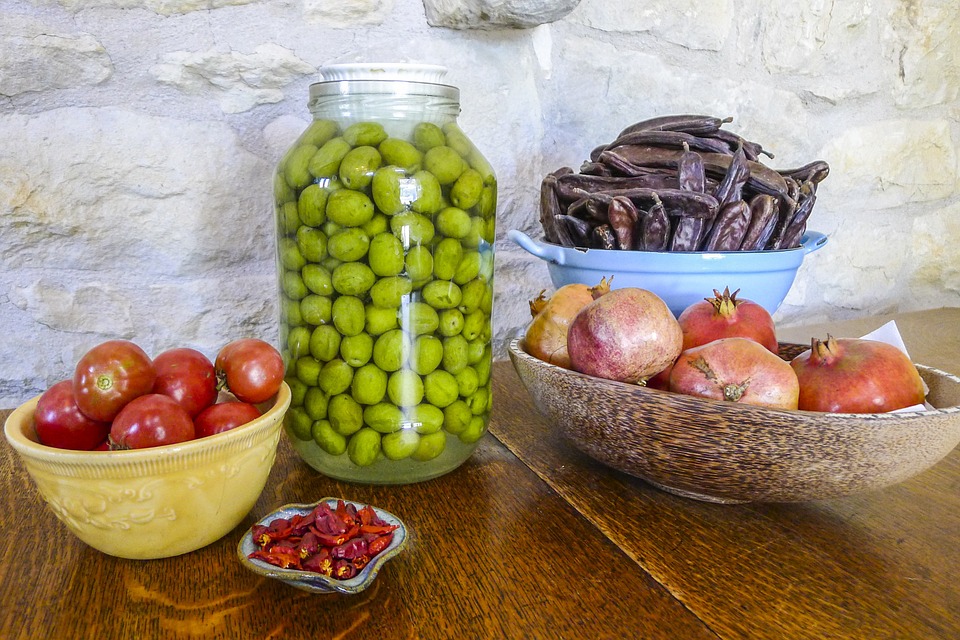 Owing to how rich carob is in anti-oxidants like polyphenols and lignin, it is effective in lowering cholesterol levels in the body.  These potent antioxidants stick to cholesterol and acids in the stomach, flushing them out of the body via excretion.

In fact, lower levels of cholesterol are believed to be as a result of the high fiber content of carob. According to some studies, people who eat carob fiber enjoy lowered blood cholesterol after a while. Also, the various types of polyphenols found in carob help to regulate cholesterol in just like dietary fiber.

Carob is rich in tannin which enhances the functions of some enzymes in the digestive system. For so many years, carob has been used to treat for diarrhea. Carob bean juice is effective in treating diarrhea in children, and maybe adults.

Tannins are well-known for helping to curb the activities of harmful bacteria in the intestines.

Carob pods have seeds which produce a sticky substance called tragasol. Tragasol as a thickening agent used in salad dressings, cheese, and cream, In fact, carob flour is made from the seed residue and can help treat diabetes. 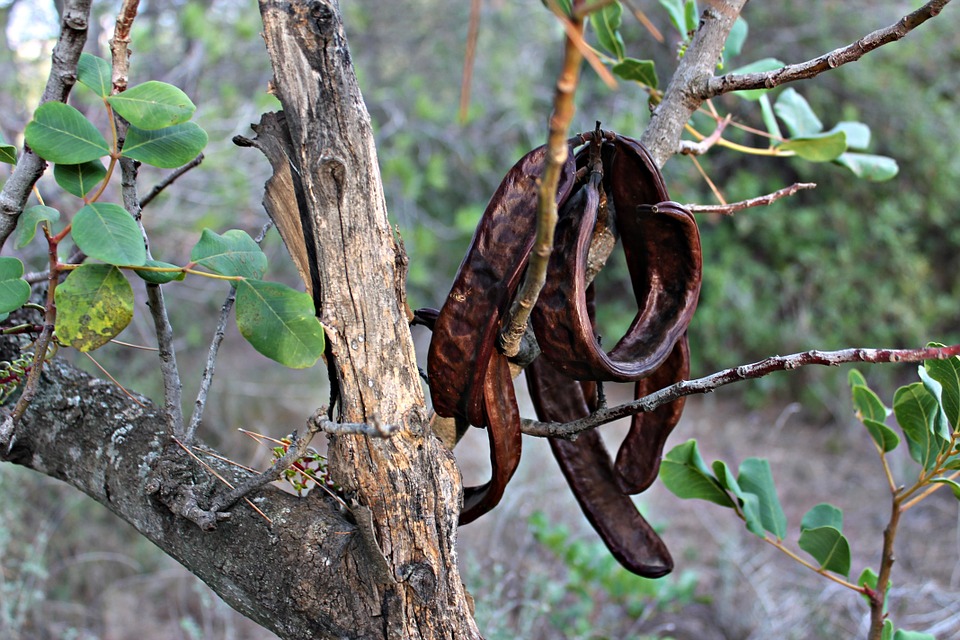 About 24 polyphenol compounds, made up of anti-oxidants and flavonoids are present in carob. Some of them include anti-oxidants like quercetin and myricetin which are effective in fighting cancers.

Carob is rich in many nutrients such as vitamins A, B, B1, D2, and E. It also contains high amounts of magnesium, calcium, potassium, manganese, copper, and selenium. People with gluten intolerance can find it helpful as it is gluten-free. Carob also has significant amounts of iron and calcium as well as folates, riboflavin, niacin, as well as dietary fiber.

Carob is effective for regulating blood sugar levels as it naturally contains fiber. The insoluble fiber supports the presence of water in the digestive system, thereby aiding the functions of the gastrointestinal tract. This fiber contains a type of inotisol known as pinitol helps to maintain normal glucose levels, support a healthy intestinal tract, and promote proper insulin levels. 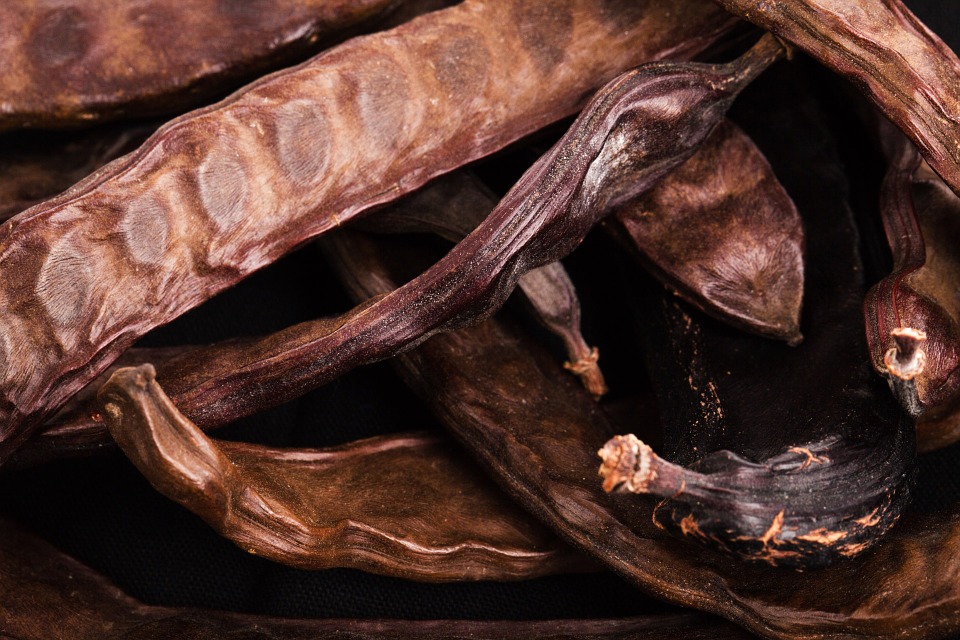 Carob contains high amounts of gallic acid, calcium, and phosphorus that help in combating polio and osteoporosis. Carob is therefore recommended for children prone to, or are suffering from polio.

It is believed that carob pulp has lower postprandial responses of triglycerides, acylated ghrelin while notifying of the oxidation of fatty acid. This leads to increased energy which then results in the loss of body weight.

Carob is caffeine-free which means that is essential for fighting high blood pressure. It is important to note that caffeine increases blood pressure.

Since carob is naturally caffeine-free, it is perfect for people who are sensitive to the caffeine found in chocolate. Also, products such as carob chips are usually dairy-free as well. 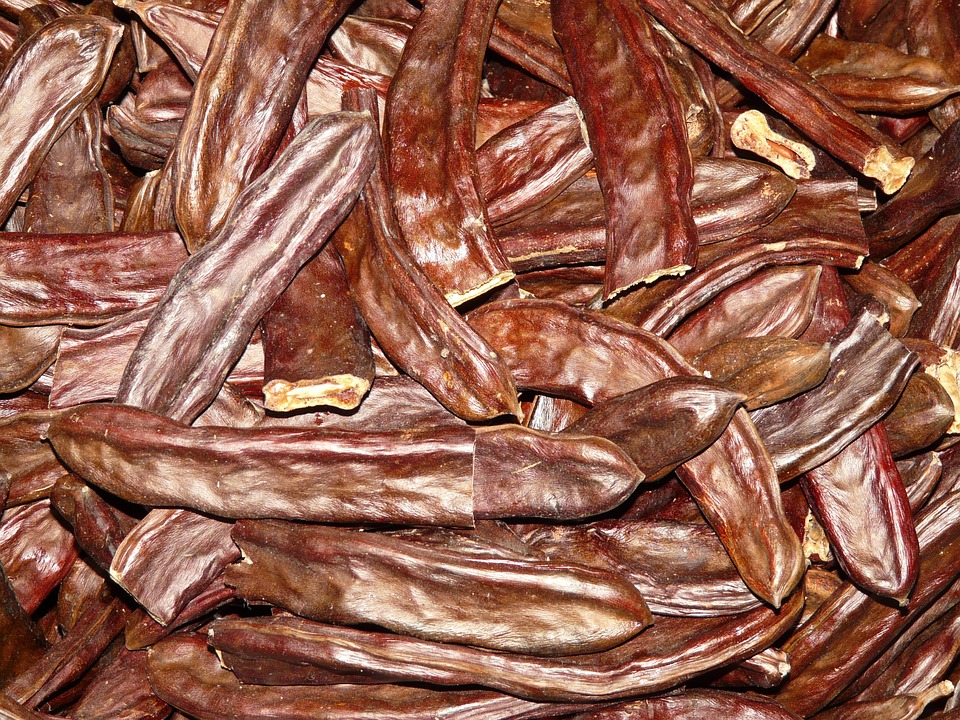 Did you know that both cocoa and chocolate contain, which are likely to be toxic to certain mammals? And since carob has significantly less of theobromine, a harmful substance, it can be used to make chocolate-flavored treats for dogs.

Like we stated earlier, carobs are rich in antioxidants, phytonutrients, and vitamin E, which are all beneficial in the treatment of coughs, colds, anemia, and flu. Also, the gallic acid in carob provides anti-allergic, anti-bacterial, and antiseptic properties.

Carob is not like chocolate; it contains neither caffeine nor theobromine. In fact, caffeine is known to cause high blood pressure and negatively impacts on adrenal glands. Thankfully, carob contains almost half the amounts of calories and fat found in chocolate.

Carob is evidently a healthy alternative to chocolate, providing a nondairy option to people who suffer milk allergies or are lactose-intolerant. It is a healthy substitute for people trying to lose weight.

While some people may prefer to chew carob fruit, the pods can also be processed to produce flour that is very similar to cocoa powder. The powder can be used in preparing a beverage just like hot cocoa or chocolate milk. Additionally, you can actually use carob powder for baking in combination with wheat flour. The finer textured kind of carob flour is also used for making candy bars. Also, when the pods are ground, a thick paste or syrup can also be derived after they are boiled in water.