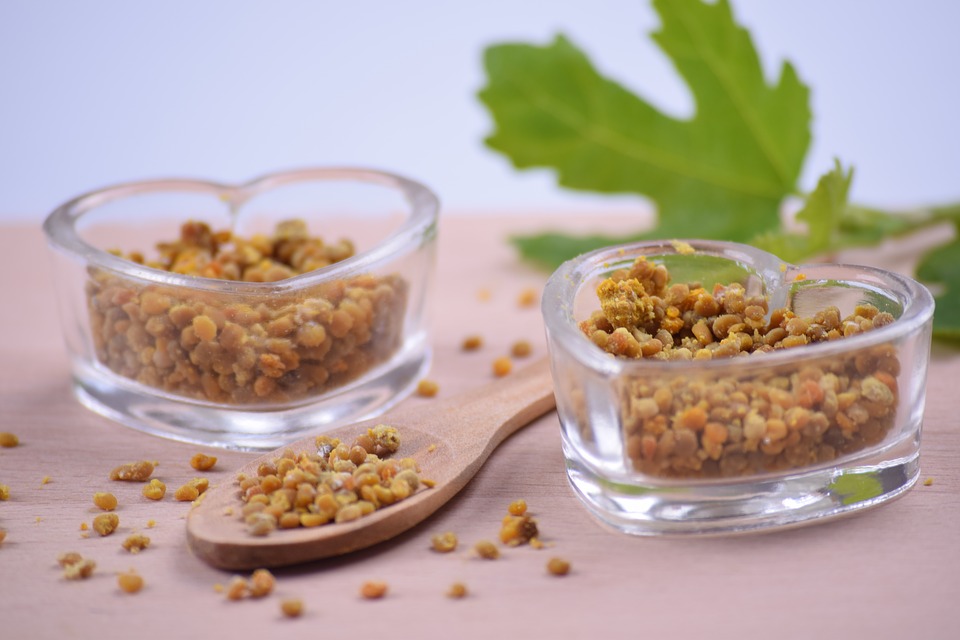 Bee pollen is actually a ball of pollen produced by young bees. It is a mixture of saliva, nectar (honey), and pollen. These young bees then take the balls back to the hive on their legs in sacs and store them in the honeycomb. Fermentation takes place and pollen then converts into “bee bread.”

Pollen is collected from bees by placing a thick comb at the entrance of the hives. As soon as bees pass through it, the pollen is knocked off their legs into a collection bin beneath.

Though studies have mostly been conducted on animals and have yet to be proven on humans, recently published studies have shown the potential health benefits of bee pollen. 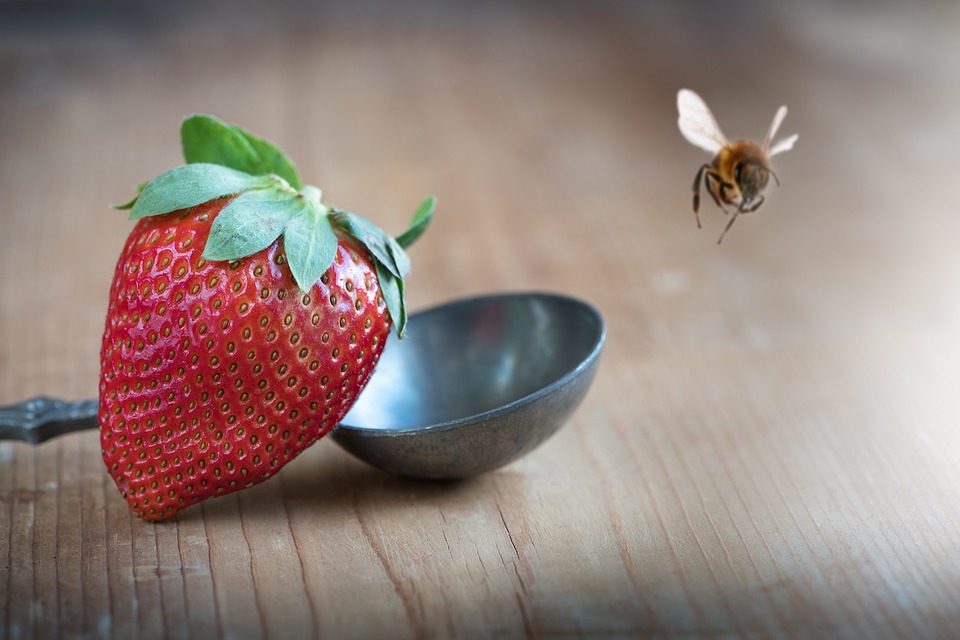 Of course, Bee Pollen is the food of young bees and made by honeybees. But most importantly, it contains almost every nutrient, including vitamins, amino acids, and proteins needed by the human body. It also made up of other chemical components, such as minerals, lipids, sugar, carbohydrates (digestible), acids, fat-soluble vitamins, phenolic compounds, and water-soluble vitamins.

Bee pollen can be added to foods like oatmeal, yogurt, or smoothies. It can also be taken in the form of a capsule or supplement powder.

The Benefits of Bee Pollen

Just like in the case of fermented foods, bee pollen contains extremely high antioxidant properties. You must know that antioxidants are chemicals that occur naturally and are found in plant-based foods. Some of the most common antioxidants are Resveratrol (in wine), flavanols (in chocolate), vitamins (A, C, and E), and lycopene (in tomatoes).

What antioxidants do is to counteract oxidants that cause damage to the body such as cigarette smoke and air pollution.

Bee pollen is known for reducing stress by helping to improve the flow of blood to the body’s nervous system. According to a bee pollen review, it is also excellent for tackling fatigue head-on. 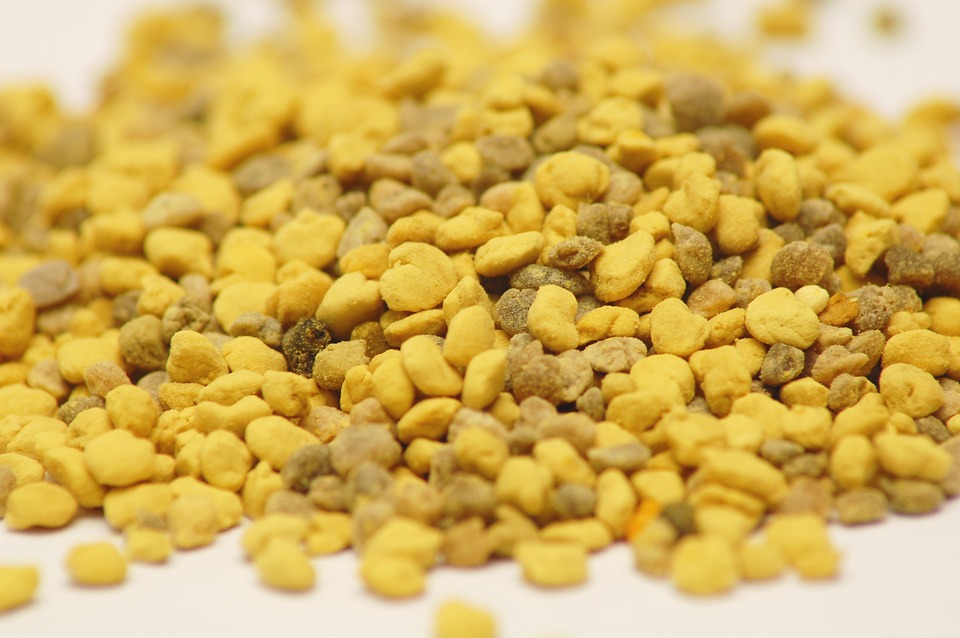 The liver helps the body to flush out toxins from the body. Luckily, studies have suggested that in rats, bee pollen can help keep the liver healthy and hastens healing after liver damage.

Unlike silibinin, a medication that contains antioxidants, these studies found that in rats, the consumption of bee pollen had no side effects.

Works as a Dietary Supplement

Some other studies also indicate that old and malnourished rats had better muscle mass and improved metabolism after bee pollen was incorporated into their diet.

There are several menopausal women who have to take antihormonal medications due to the symptoms they often experience. According to a study, some women suffering from breast cancer who used bee pollen supplements had fewer and not-so-painful menopausal symptoms than those who didn’t.

Studies suggest that bee pollen can improve the appearance of the skin, speed up healing, support blood circulation, eliminating bacteria, and softens the skin. 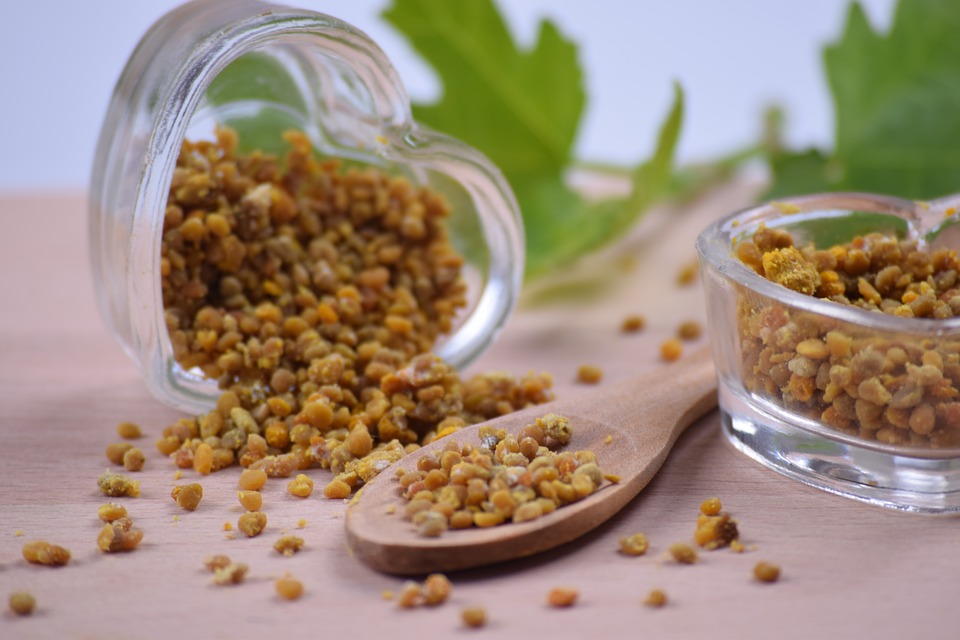 A strengthened immune system is essential for combating diseases and keeping the body healthy. In mice, studies have shown bee pollen naturally prevents allergic reactions, suggesting that bee pollen has antiviral, antifungal, and antimicrobial properties. These properties can eliminate bacteria and viruses that cause food poisoning such as Staphylococcus aureus.

Precautions and Side Effects of Bee Pollen

Some bee pollen supplements could be potentially dangerous due to ingredients that may result in chronic side effects, including cardiac arrest, high heart rate, or even sudden death.

It is then advisable to consult a doctor before taking any herb or supplement. Additionally, you should steer clear of bee pollen if you are allergic to bee wasps and stings.

Stop using the supplement immediately if you experience dizziness, itching, inflammation, and difficulty in breathing. Medical professionals also advise that pregnant women should avoid taking bee pollen, as it could interfere with pregnancy. So, it’s best to buy bee pollen supplements from verified sources.

Although in determining the health benefits of bee pollens, studies have mostly been conducted on cells and animals, not humans.

However, for most people, bee pollen is tolerable and a safe dietary supplement. Only be sure to buy your bee pollen from a trusted source and talk to a health practitioner about any health concerns you may have before taking the supplement.