Joanna considered her childhood to be a very happy and stable one. As a kid, her parents provided for her, sent her to the best schools and took her to Europe every summer break. Joanna was an ardent perfectionist. She wanted everything in a neat straight line with no gaps in between. Her shoes were arranged according to their hues and her clothes were neatly aligned in a convenient ROYGBIV pattern (Red, Orange, Yellow, Green Blue, Indigo and Violet), based on the texture as well. Her cotton fabrics were placed in one section, followed by her satin underwear and her woolen sweaters. She had a strong dislike for germs, and took a shower several times a day. Because sweating reignited her phobia for germs, she would not play any sport at all or engage in extracurricular activities around school that involved running around, bumping into people or sweating. She walked around with germicides and hand sanitizers. She never wanted any stray piece of clothing to be in sight around her room. Her fear of germs took her as far as creating a separate air tight tent in the corner of her room where she could just go and hide when she felt like the germs around her where sucking away all of her oxygen. She decided that her air tight tend had “pure air.

Six years later, Joanna was diagnosed with an acute case of OCD (Obsessive Compulsive Disorder), and is now undergoing therapy treatment to get over the disorder.

An overview of OCD

Research statistics have concluded that about 23% of the adult population in The United States of America struggle with OCD. Obsessive-Compulsive Disorder (OCD) is a chronic and often long-lasting disorder in which a person has uncontrollably reoccurring thoughts and behaviors, and feels the strong urge to repeat certain actions over and over. OCDs are also characterized by the unreasonable fear of germs and the strong urge to arrange items in a specific, calculated order. Common symptoms of OCD include an inability to control obsessive and repetitive thoughts, trying to rid oneself of germs by continuously washing hands, as well as checking and re checking doors to make sure that they are locked and bolted. Many people have chunks of time in which they are focused on performing repetitive tasks which add to the overall productivity of their day through maximum concentration, but in the case of people who struggle with OCD, their repetitive routines interfere with the structure of their day, and when they attempt to break such routines, they fall into great distress. OCD can begin early in life, usually between the ages of seven and twelve. Most adults who have OCD admit that their symptoms started when they were children and progressed well into their adulthood. The disorder is more common in boys than it is in girls during childhood, but it becomes more rampant in women than men in adulthood. 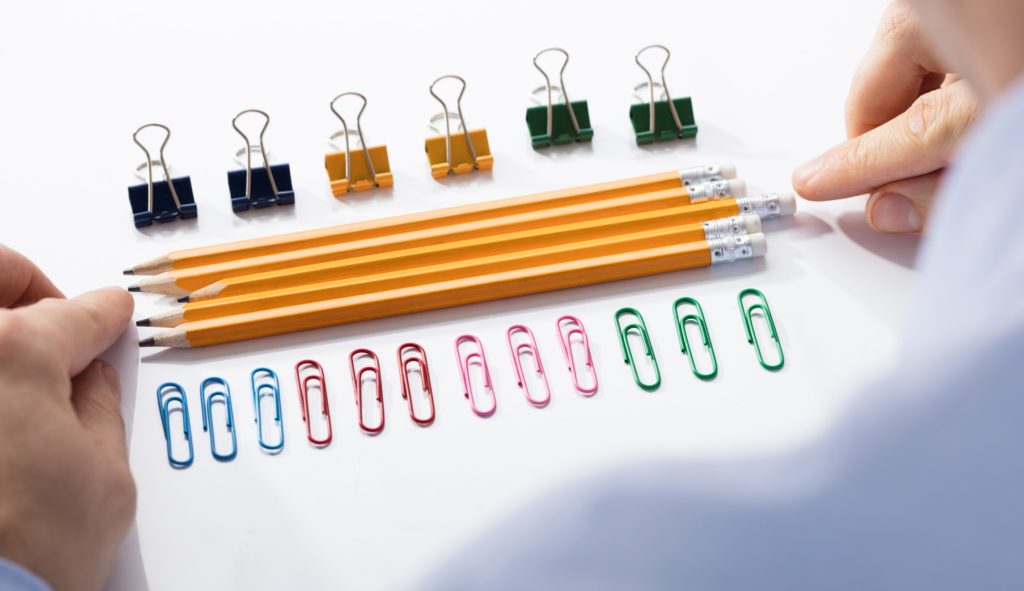 The strongest symptoms that people with OCD experience is the fear of coming in direct contact with dirt, germs, sticky substances, or chemicals (e.g., household detergents and cleansers), or getting sick, from touching dirty or “contaminated” items, or areas.

Accidental Harm to Self or Others

People who have OCD, have a fear of harming themselves because of their carelessness. For example; “What if I didn’t actually take out the trash, and there are still germs in the kitchen, and my Mom falls sick because of me?!?”.

When I started this piece, I talked about Joanna and her need to have things arranged in a certain way (according to color, and texture). Children and teens with this type of obsession are either anxious because “it just doesn’t feel right” or because of a superstitious belief that something bad will happen (e.g., “if my shoes are not arranged properly, my brother or sister will lose their precious lives!”). Often, the content of such obsessive thoughts sounds very odd or makes no sense. Another example of this is that a child with OCD might say that he or she needs to arrange all their toys according to size and color, or else something bad will happen to all of their loved ones.

A Need For Perfection

Kids who struggle with OCD have a strong need for things around them to be perfect and orderly at all times. For example, your child might not be able to start her homework until her books are all orderly and perfectly arranged. She may also refuse to turn in her assignment until she is absolutely certain that it is perfect. Other kids really struggle with doing something  if it conflicts with their moral idea of what is good or bad.

Entering into adolescence is a time of sexual maturity and most teens think a lot about sex and sexual identity during this time. Although their bodies are still developing rapidly and evolving, teens who suffer from OCD believe that this is a “bad” stage in their lives, and automatically label themselves as morally lacking.

Compulsions can involve counting, touching, or tapping objects in a particular way. Some children who are prone to OCD  have lucky and unlucky numbers which are involved in their rituals (for example, some kids need to touch a door four times before leaving a room or they believe that something very strange will happen).

This compulsion involves arranging items in specific ways, such as bed sheets, stuffed animals, or books in the school locker or book bag. For example, a child might need to line up all the shoes in the closet so that they all face forward, and are matched by color.

Not all children and teens with OCD will have compulsions that can be seen with the naked eye. Some perform rituals in their head, such as saying prayers or trying to replace a “bad” image or thought with a “good” image or thought. For example, a teen might have a bedtime prayer that he or she has mentally prepared for challenging days, and might recite it repetitively throughout the day at even the slightest inconvenience.

These symptoms mentioned above are all part of the OCD narrative.

So, What’s The Cure?

As with all forms of mental illness, there is no known cure for OCD, and While medication can reduce or even eliminate the symptoms of OCD if you stop taking the drug it is likely that your symptoms will return. Likewise, while psychotherapy can be very effective, if you stop using the techniques you have learned, your symptoms may probably worsen again.

Although it can be frustrating that there is currently no permanent OCD cure, it may be helpful to think about the way you relate to your symptoms. The more you can learn to accept and integrate the anxiety into your life, while at the same time learning new skills to deal with the anxiety that comes with it, the easier it will be to cope with it.

All You Must Know About Platelets Donation

14 Sex Tips Every Man Should Know