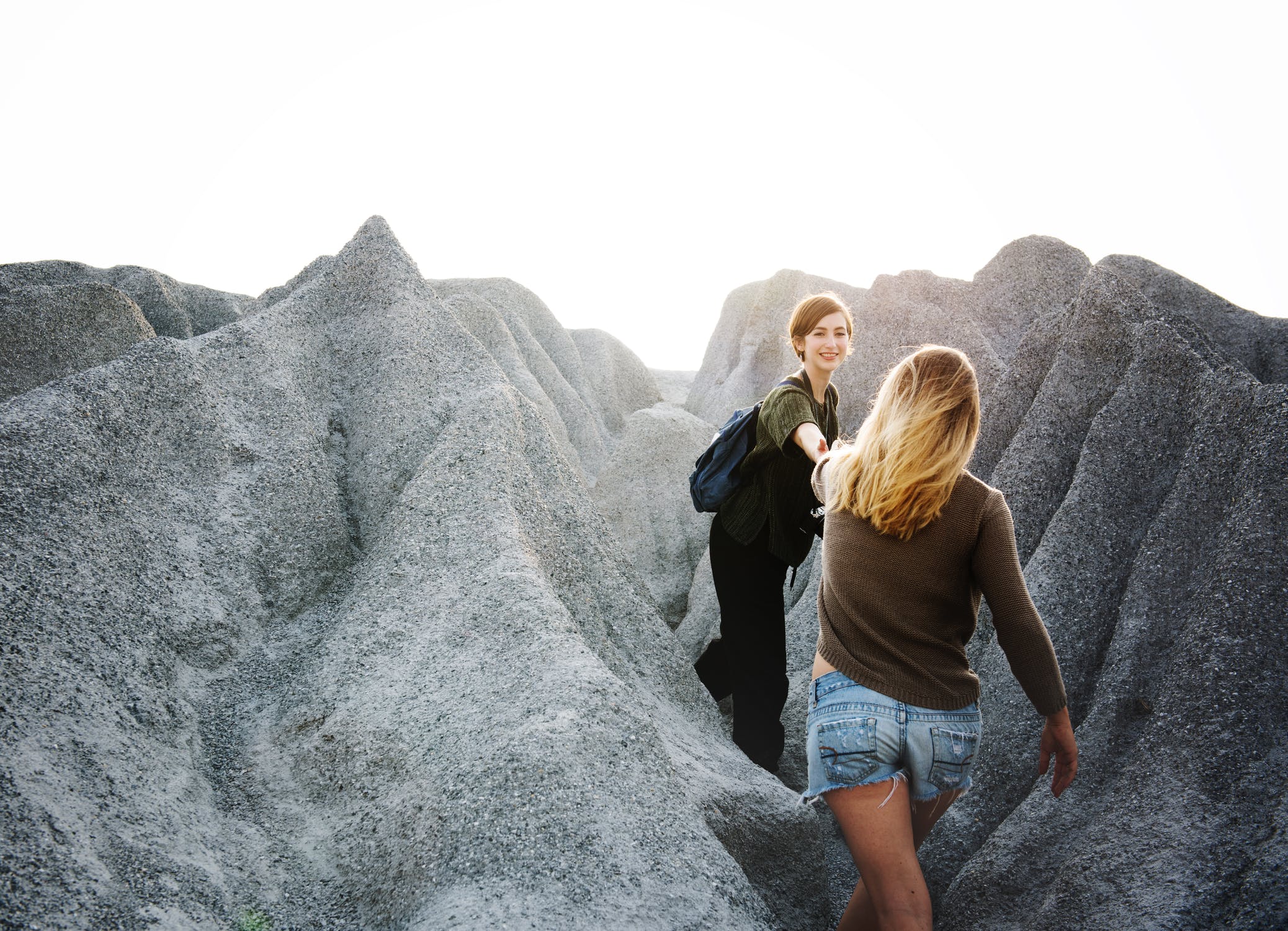 Crossword puzzles? Check.
Brain-friendly foods? Check check
But there is another key to staying mentally sharp: exercise.
Not surprisingly, exercise has been shown to be just as important for your brain as it is for your body.

Being physically active increases the brain’s blood supply, protects against mental decline and brain diseases and encourages the growth and development of new neurons, among other benefits. And it doesn’t take much. A study from the University of Georgia found that just 20 minutes of exercise a day can improve the brain’s information-processing and memory functions. So, what are you waiting for?

The coordination and choreography in this dance helps cognition. Your tango may have brain benefits beyond the dance floor. According to an academic paper in Frontiers in Aging Neuroscience, participants in a weekly, hour-long dance class were found to have “significant improvements of performance…in cognition/attention (memory, language and attention), reaction times, sensory-motor performance, posture and lifestyle” after six months in the class. 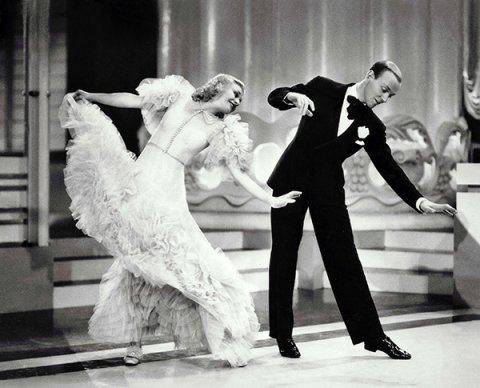 Another study in the New England Journal of Medicine found that dance was the only physical activity out of 12 studies that lowered participants’ risk of dementia. Dancing is so beneficial because it not only requires remembering specific movements, coordinating with a partner and spatial awareness, but it also integrates music and social interaction — both of which have been shown to help the brain on their own.


From BOSU balls to slacklines, balance beams to wobble boards, exercises that challenge your sense of balance and force you to focus can lead to better brain health. Giselle Petzinger, M.D., an assistant professor of clinical neurology at Keck Medicine of USC says that  these type of cognitive engagement exercises “force your brain to learn new skills and control your body in space. This in turn greatly improves your body’s motor skills and the circuitry within your brain.” This can also carry over into different aspects of your life as well, which is a good thing! 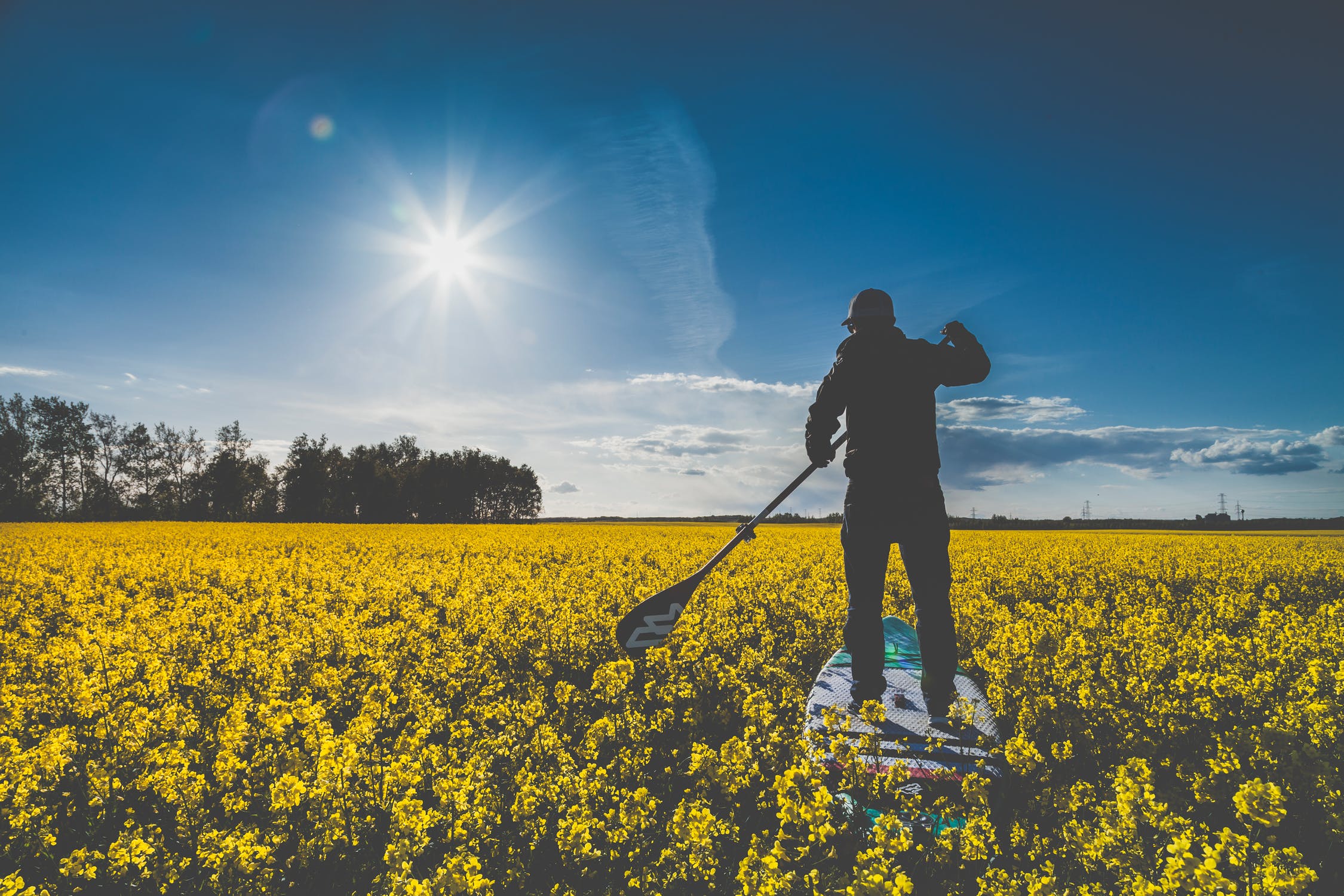 “Paddle boarding,  is a great for cognitive engagement since it is a skill-based exercise. You are constantly challenged as you try to balance and propel yourself in a certain direction.” Your center of gravity is largely governed by your cerebellum, an area at the base of the brain that also assists with motor control and coordination. Recent research shows that the cerebellum also plays an important role in cognitive processing and emotional control.
Yoga can actually protect the brain, studies say.


If you are one of the 20.4 million Americans who practice yoga, you can add cognitive benefits to the list of reasons to love your downward dog technique. Beyond decreasing stress, anxiety and back pain, a literature review on the impact of yoga on brain waves found that practicing yoga often caused increases in the brain’s gray matter; which is where most of the brain’s neurons are. It is also the part involved with tasks like muscle control, sensory perception, memory and decision-making — allowing the yoga practice to protect the brain from some age-related cognitive declines. 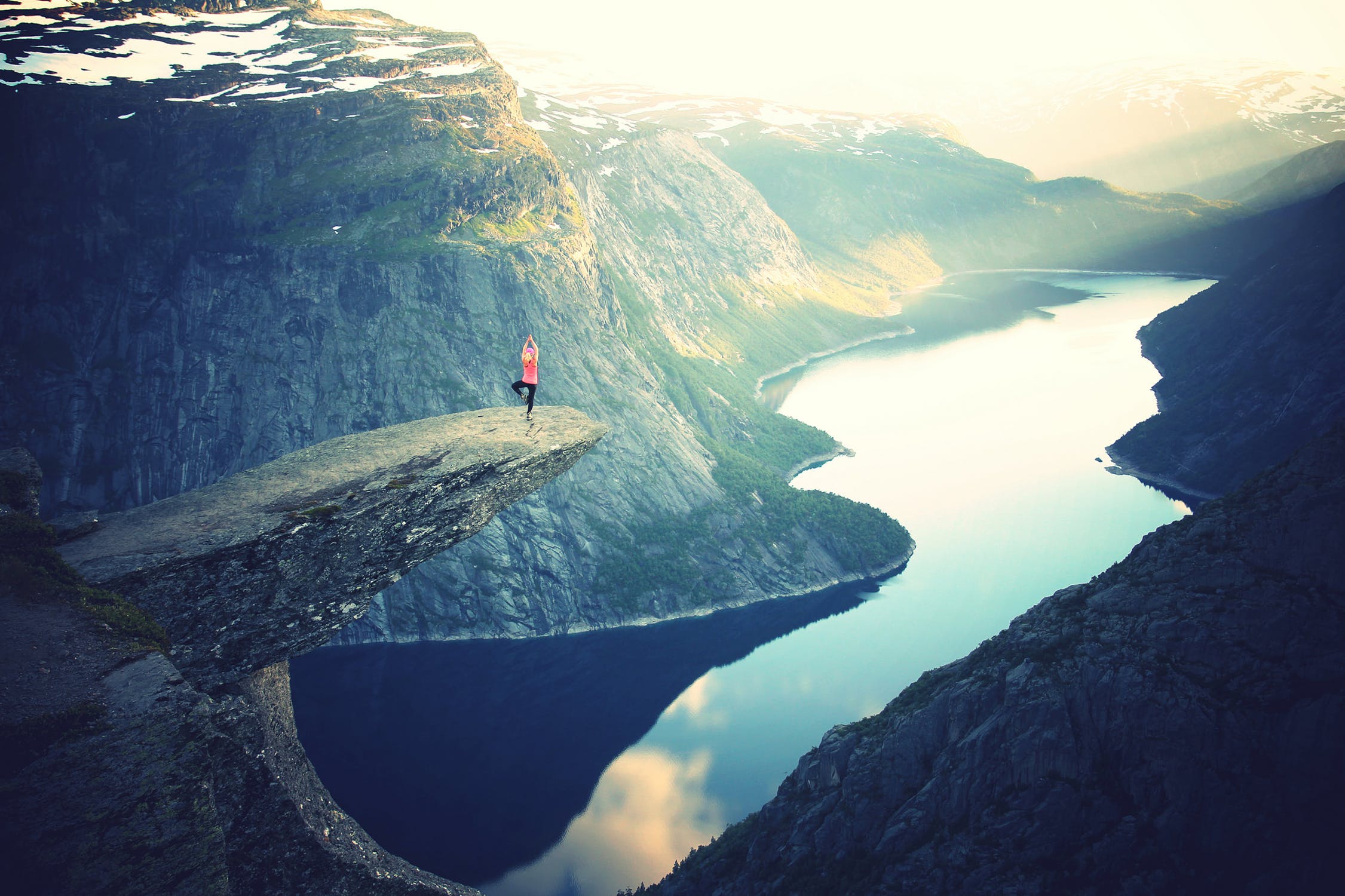 Yoga also was found to increase activity in the amygdala, which controls your emotions and motivation, as well as the frontal cortex, which controls motor function, problem-solving, spontaneity, memory, language, initiation and judgment. It is safe to say that practicing yoga regularly is good for the growth of your brain as well as your emotional maturity and strength.


Whether you’re a daily walker or weekend runner, pounding the pavement will boost your brainpower as well as your body. When you engage in cardiovascular activities, such as running or biking, it increases blood flow to the brain and improves trophic factors, creating an environment that allows the brain to function and perform efficiently. A study published in the journal Brain also found that running increases the number and complexity of the nerve cells that receive and send messages to the cell, decreases inflammation in nerve tissue and elevates the level of certain important brain-derived proteins. 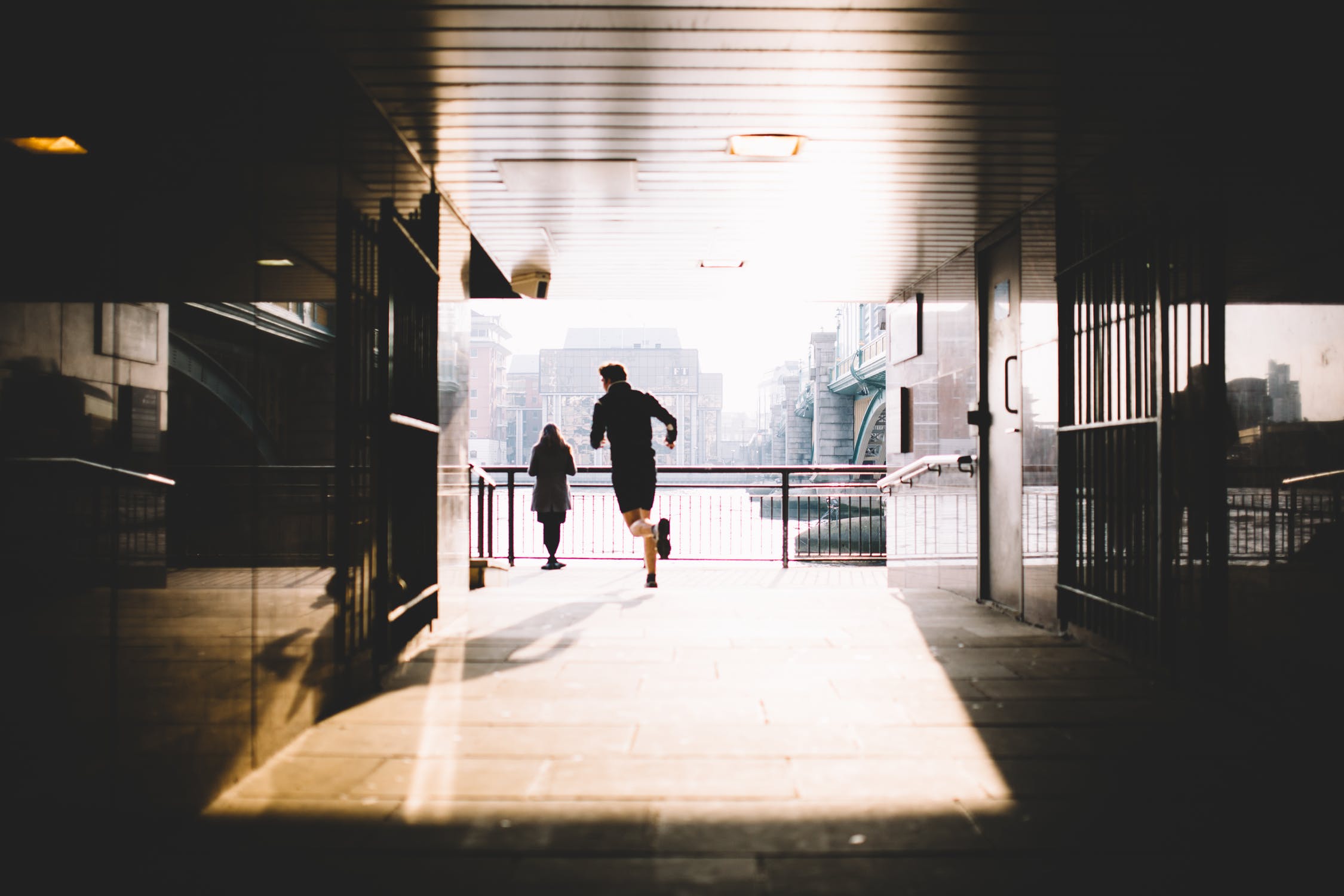 The study suggests that while mild to moderate levels of running could keep cognitive functions, moderate to high-intensity training may even have the ability to improve the brain.


Can a roll in the hay make you smarter?

A study out of the University of Maryland found that regular sexual activity improved cognitive function and even created new neurons in the brain, while other research has found that adults with active sex lives had better memory recall. Findings from Barry R. Komisaruk, Ph.D., of the Department of Psychology at Rutgers, found that, for women, an orgasm activates multiple areas of the brain at once, making that “Big O” so much more beneficial for your brain than that crossword puzzle.


Once a Chinese martial art form for self-defense, tai chi is now promoted as a low-impact exercise option that relies on a series of slow, controlled, fluid movements that challenge the body and mind. In addition to improving balance, stability and mood, research suggests that tai chi can boost your executive functions, an umbrella term for cognitive abilities such as planning, working memory, attention, problem-solving, verbal reasoning and task switching. Its combination of mild aerobic activity and agility, along with choreographed movements and coordinating those movements with the breath, impact multiple parts of the brain at the same time.
A 2014 study supported by the National Center for Complementary and Integrative Health found that regularly practicing tai chi even offers brain benefits for those who show mild cognitive impairment to dementia.
Strong body, strong brain after strength training.


Here’s another reason to figure out the weight room at your gym: A study published in the Archives of Internal Medicine found that six months of twice-weekly resistance training for participants with some cognitive decline enhanced their attention, memory and brain plasticity compared with people who just performed balance and toning exercises.
Interestingly, those with no earlier cognitive decline took 12 months of bi-weekly weights to see results, suggesting that resistance training offers mental benefits more quickly for those already seeing some signs of mental decline.
Another literature review out of the University of New Mexico confirmed the same brain bonuses as well lessening depression, anxiety and chronic fatigue. Choose from free weights, weight machines or body-weight suspension-training exercises like TRX to boost your brainpower.
Meditation stalls age-related cognitive decline.


While breathing exercises like those found in meditation and qigong are pretty low on the strenuous physical activity scale, they have shown to have a variety of positive impacts on the brain. The benefits are threefold: Meditation works to decrease stress and anxiety (which can negatively impact the brain), curb age-related cognitive declines and improve other brain functions. 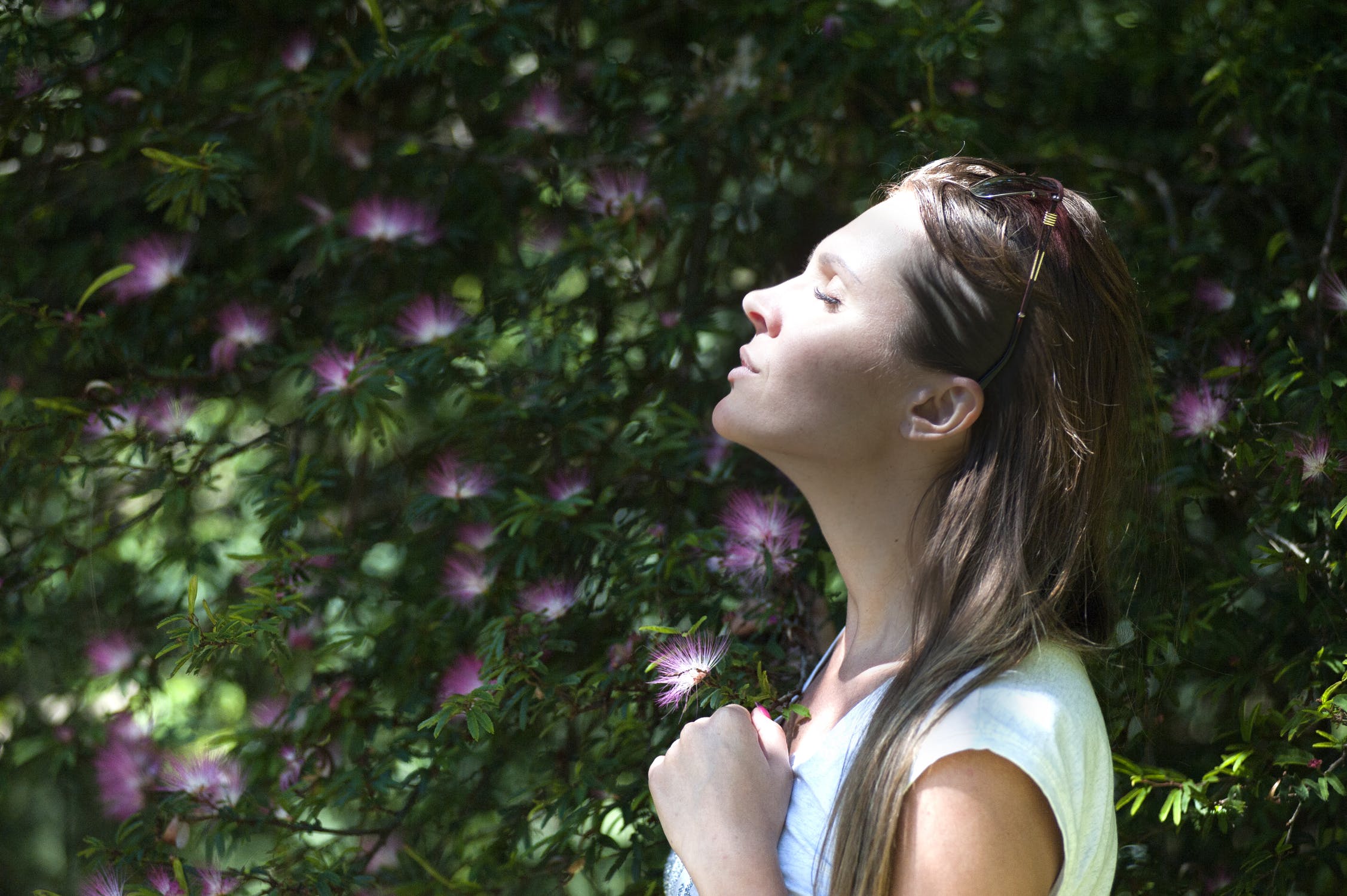 A study out of Harvard found that mindfulness mediation can actually increase the thickness of the hippocampus, which controls your memory and learning, while another discovered that practitioners of Vihangam yoga meditation preformed better on a range of cognitive tests compared to non-meditators. Other research published by the National Institute of Health found that meditation may slow or even reverse age-related changes that normally occur in the brain and that meditators had more brain folds than non-meditators, which may increase the brain’s ability to process information, so while you might not break a sweat with your Om-time, know that your brain is getting a major boost.

Use these tips as ways to strengthen your brain’s agility and power. Because the brain is one of the most sensitive parts of the body, it needs to be exercised often to stay in top notch shape. Try to merge these activities with your personal interests too for a more enjoyable experience.