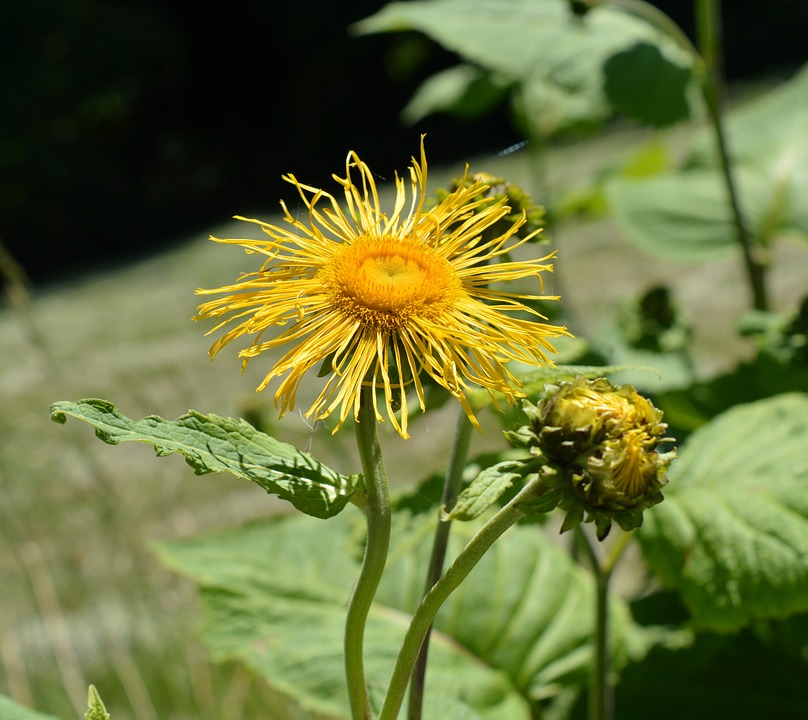 Elecampane is an herb with flowers that are a cross between sunflowers and dandelion.  The root of the herb has shown to be powerful for healing a wide range of health conditions. It is a rich source of the compound known as inulin. Inulin is a prebiotic present in some plants that nourishes beneficial microbes in the intestines.

Elecampane is effective for treating lung diseases such as whooping coughs, bronchitis, and asthma. It is also used to inhibit coughing, particularly coughing resulting from tuberculosis. It acts as an expectorant to help loosen phlegm, so it can be coughed up with ease.

The other uses of elecampane include treating nausea, curing diarrhea, boosting stomach function and eliminating worms that can reside in the intestine. These worms include roundworm, whipworm, hookworm, and threadworm. 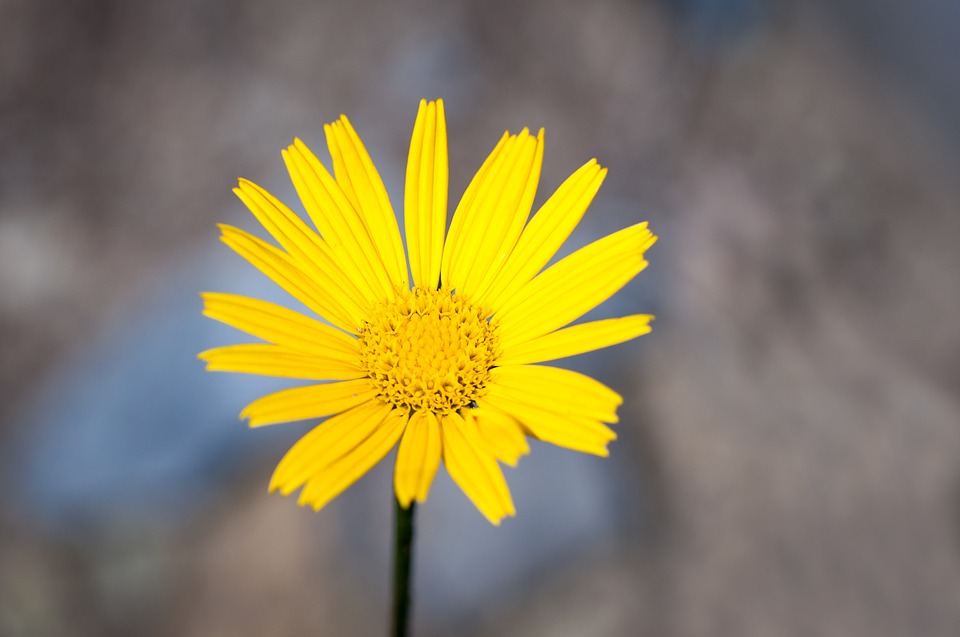 There are people who people who use elecampane to promote sweating. Elecampane also contains chemicals that can kill worms that infest the gut.

Let’s talk about the health benefits of elecampane.

Elecampane contains inulin, one of the probiotics, including Lactobacillus and Bifidobacteria. The colonies of these healthy bacteria in the gut help to fight off infections, prevent inflammation and improve healthy bowels—a vital factor in the treatment of various health conditions.

According to studies, the herbal extracts of elecampane helps to inhibit the growth of cancers and tumors. Elecampane root extract has proven to be one of the most potent herbs around. It effectively stops cancer cells from multiplying, and so inhibits tumor growth. 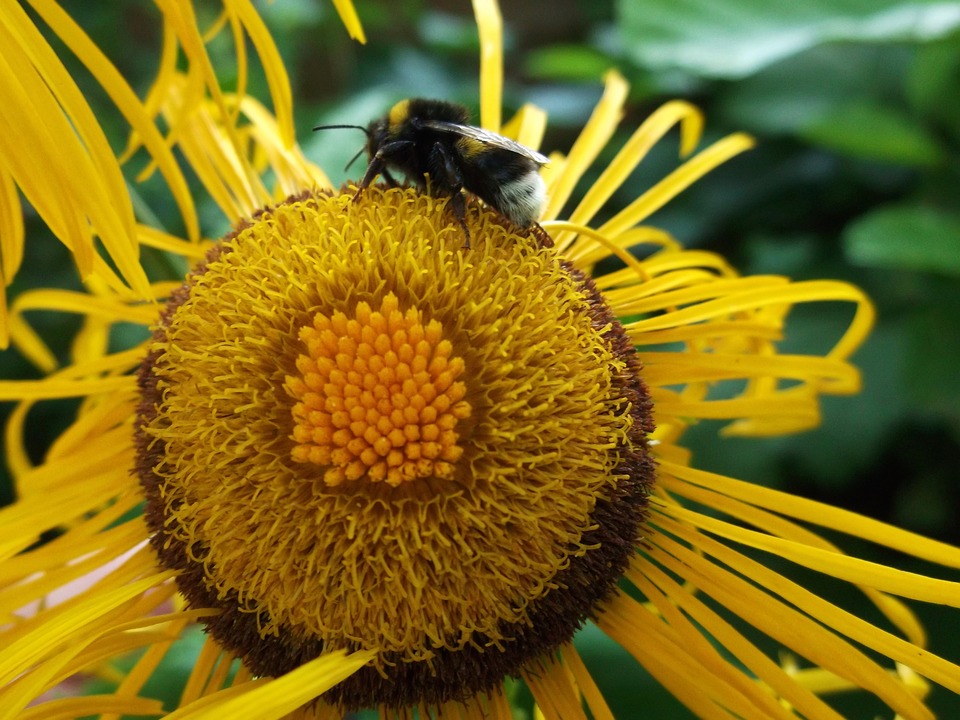 The liver has so many functions, one of which is to cleanse the blood of toxic compounds present in food or the environment. According to some studies, the compounds in elecampane boost the enzymes connected to this function.

Good for the Lungs

For so many years, elecampane has been used to clear out excess mucus that affects lung function. It contains natural antibacterial properties that are good for the lungs, particularly effective for people who are prone to infections such as bronchitis. It can also help remove toxins from the lungs. Herbal practitioners often recommend one teaspoon of the herb per cup of boiling water, drunk three times daily for two to three weeks, or one drop of elecampane extract three times a day for the same period.

Elecampane is used when there are signs of poor digestion and poor absorption of nutrients, which may be signs of coldness and dampness in the digestive tract. The signs of a damp digestion tract include lack of appetite, feelings of lethargy, mucus in the digestive system, a white thick coating on the tongue, stagnant digestion, and constipation. Elecampane’s ability to strengthen digestion and improve absorption helps to restore health for people who are malnourished.

Due to the high inulin content in elecampane, it is helpful for individuals with blood sugar issues, such as type II diabetes. This inulin helps to slow down sugar metabolism by minimizing harmful spikes in blood glucose that could affect insulin resistance. Inulin may also contain antioxidant properties that can reduce the systemic inflammation commonly linked with this disease. 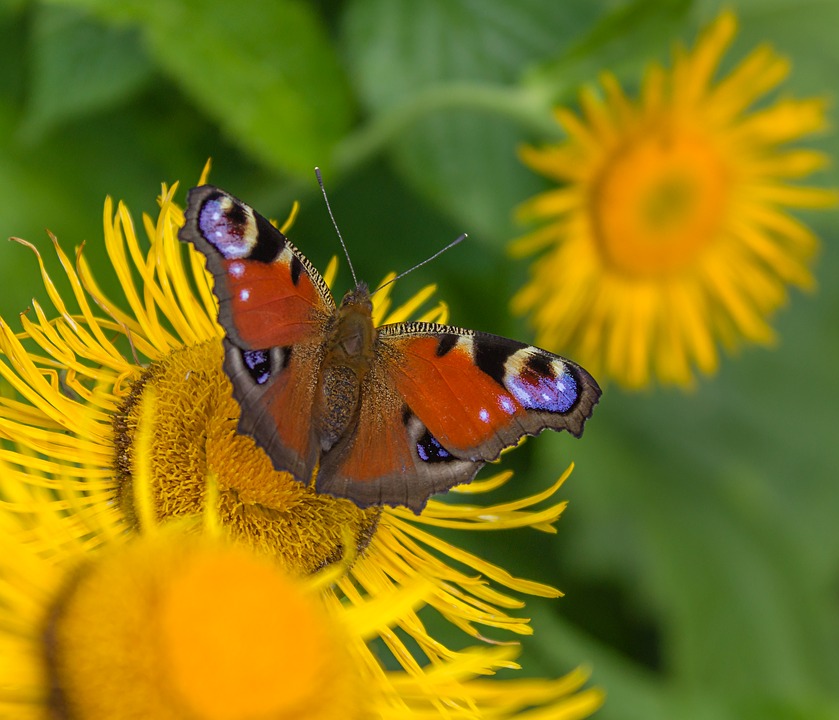 Studies have found that elecampane can significantly prevent the growth of Mycobacterium tuberculosis — the bacterium that often causes the deadly disease. This is good news considering that tuberculosis usually makes comeback. Elecampane is also effective in the treatment of other respiratory problems such as whooping coughs, asthma, and emphysema. It relieves fever while fighting off infection and boosting the elimination of toxins via perspiration. For people who have a cough or bronchitis, elecampane may be of immense help.

Elecampane root is a diuretic that is effective for treating UTIs, edema, and cloudy urine. As a matter of fact, the stalks and leaves and stalks of elecampane can be used too.

Elecampane is most commonly used to treat coughs, especially the cold,  congested, and wet ones. The herb acts as a stimulating expectorant that increases the flow of mucus. Sometimes, elecampane strengthens the cough reflex, which stimulates the release of stuck mucus from the lungs. Elecampane root is also effective for treating bronchial infections and tuberculosis. In addition to removing stagnant mucus and restoring healthy mucus, the herb is also a powerful antimicrobial.

Elecampane root has a mild effect on lymphatic tissues as it is effective for swollen lymphatic glands of the throat and the lymphatic tissues in the gastrointestinal tract. In fact, although it is commonly used for relieving congestion in the lungs, elecampane can also be used for stagnant mucus in the sinuses. 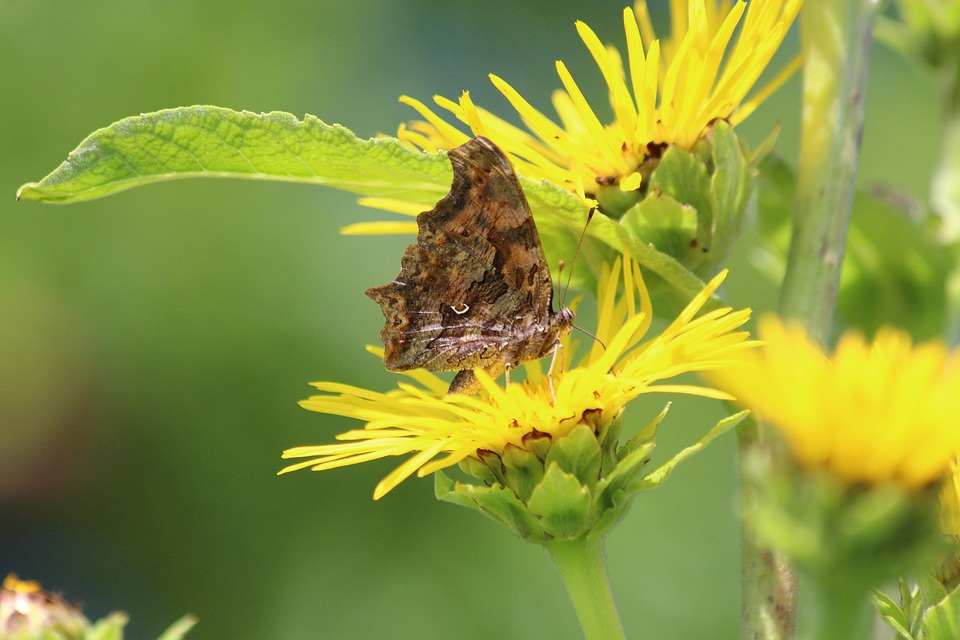