The second you step foot in the grocery store, you’re bombarded with purchasing decisions. One major dilemma we can all relate to is whether to buy organic or conventional, if it matters. Mounting research suggests that organic farming may mean safer, and more nutritious produce, dairy and meat. Unlike the word “natural,” which means nothing when it seems on a product, organic is a USDA certification which requires that any food called organic is grown without the use of chemical pesticides and without genetically modified organisms (GMOs). But because organic typically costs more than conventional, not everyone can afford to go organic all the time. So when is it worth the spend? Here are the top 21 foods (and beverages!) you should always buy organic, even if you’re on a budget.

Wine is made from grapes, and grapes are number eight on the 2017 Electronic Working Group (EWG) Dirty Dozen list of fresh produce in the U.S. with the highest levels of pesticide residue (scary, right?). The EGG publishes this list each year using pesticide residue testing data from the U.S. Department of Agriculture and Food and Drug Administration. Wine is made from grapes fermented with their skins on, so those pesticides may be ending up in your glass! How to avoid this? Choose to buy organic wine. 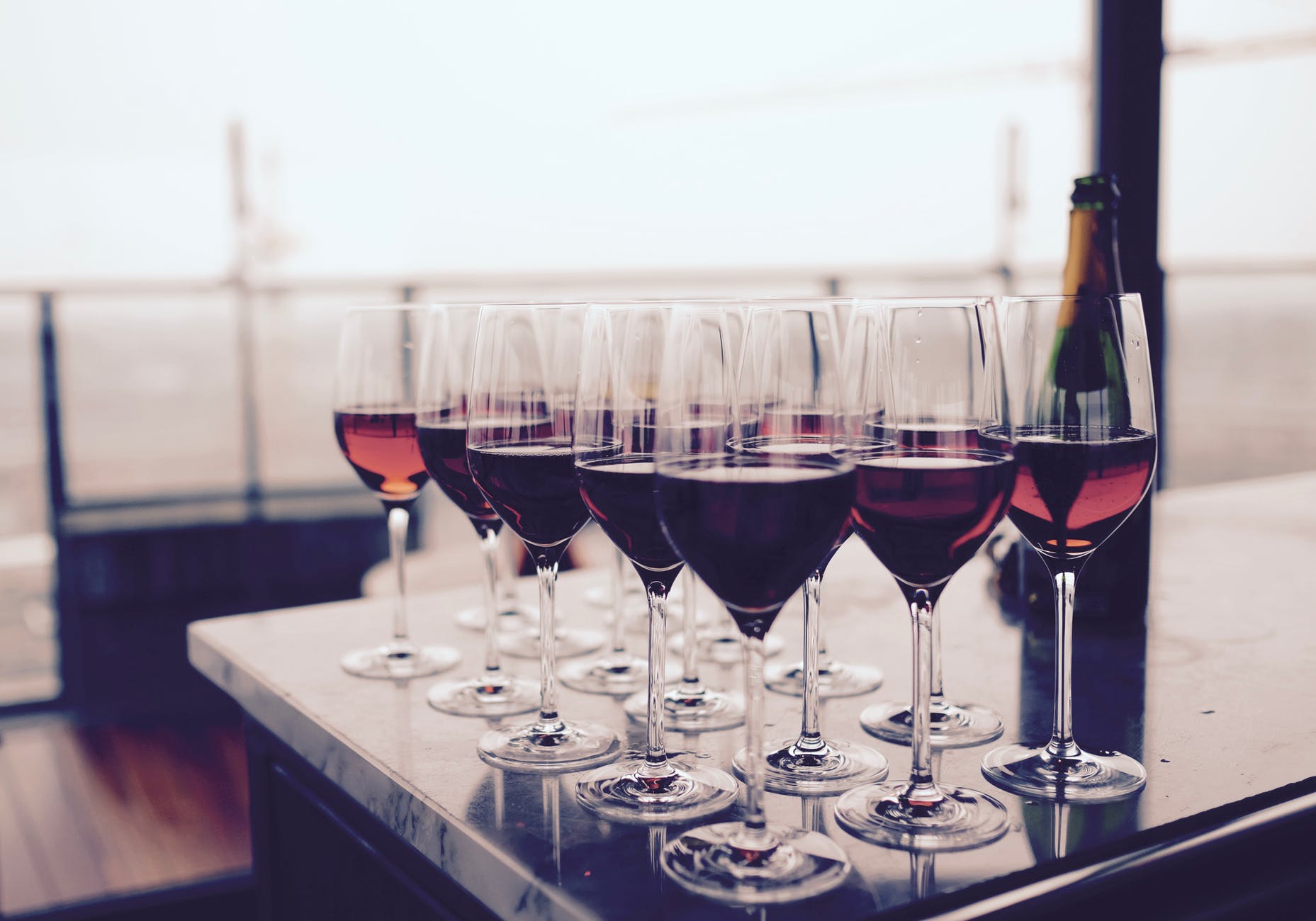 When it comes to foods we eat, coffee may be the number as far as the amount and number of pesticides used to grow it. Coffee is the third most sprayed agricultural crop in the world behind cotton and tobacco (and we don’t eat those other two!) While some studies have found that the coffee roasting process degrades the pesticide residues by 85%, however If you are concerned about what the impact will be of consuming one to three cups of coffee every day for your entire life, and how ingesting artificial pesticides, fungicides and herbicides are affecting your body, brain and overall health, you may want to choose organic coffee.
Another important thing to keep in mind is the impact conventional coffee has on the planet. Not only do these pesticides and herbicides affect your health, they also have long-term effects on the environment and farmers. 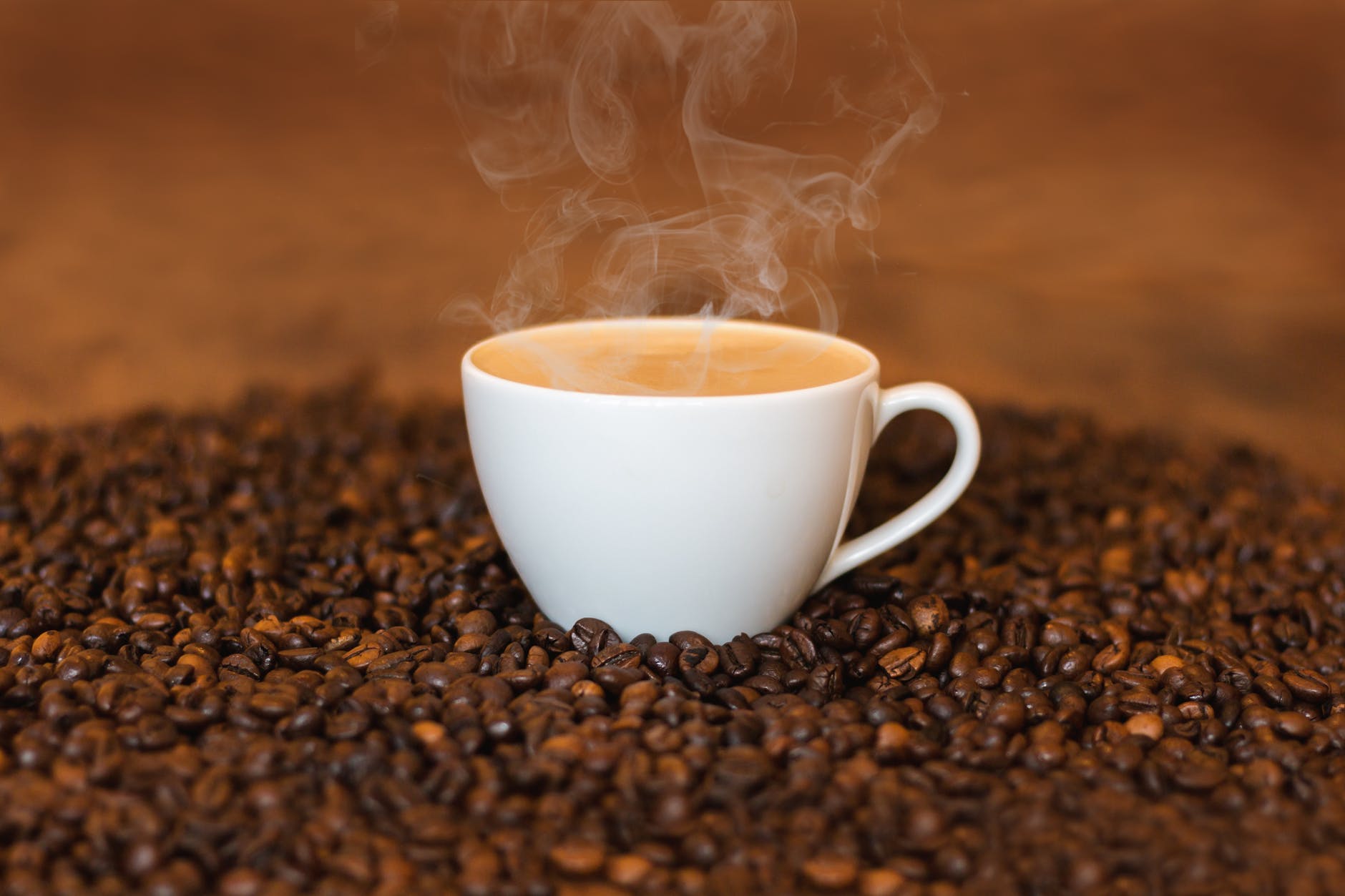 An apple a day is a great way to keep the doctor away. That’s because apples are a great source of fiber keeping your digestive tract in tiptop shape. Sadly, they ranked the highest on the list of pesticides in produce. According to the Environmental Working Group (EWG) 2015 report, 99 percent of the apples tested contained at least one pesticide residue. Give your apples a good wash and go organic – this goes for applesauce and apple juice too.

Even if you’re on a budget, reach for organic milk, cheese, yogurt when in the dairy section of your grocery store. Certified organic dairy means that the cows did not received any antibiotics or growth hormones and they only consumed 100 percent organic feed. If you want to take the extra step, look for organic, grass-fed milk. This means the diet of the dairy cow enjoyed a grain-free diet comprised mostly of grass and forage. 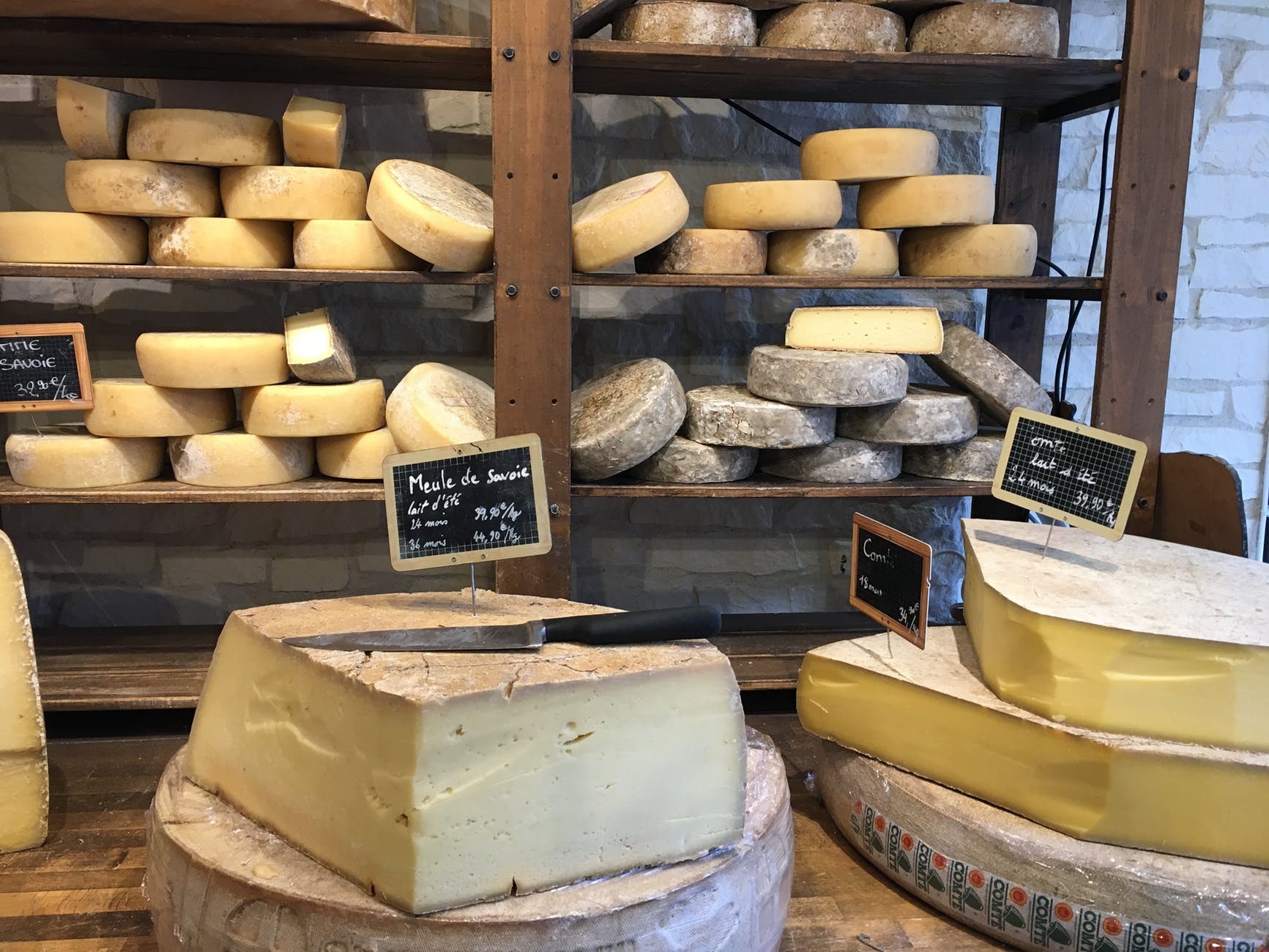 A summer favorite, look for organic when you go blue. These little guys were found to carry more than 50 different pesticide residues. So cut your risk by avoiding conventional and washing your fruit really well.

Celery is a good source of vitamin C, fiber and some B vitamins. But go organic when you buy celery and if you can’t find organic, buy asparagus instead. Celery was found to have 64 different types of pesticides however, conventional asparagus is at the top of the clean produce list, which means it has far less of these nasty chemicals.

Reaching for cherry tomatoes to top that salad? Go organic. Tomatoes ranked tenth in the list of dirty product and the USDA Pesticide Program found that they carry 69 different pesticides! And because you eat the skin, always give your tomatoes a thorough (but gentle) scrub.
Related: 16 Foods You Don’t Always Need to Buy Organic


About 90 percent of the corn that you find in today’s market is genetically modified. In many instances, you’ll find it in the form of corn-based sweeteners, oils and starches in processed foods. So if avoiding GMOs is important to you, go organic. This goes for popcorn too. Sweet corn on the other hand which is typically found on the cob is rarely ever genetically modified so this may be a safe bet if you go conventional.

Cucumbers ranked ninth on EWG’s 2015 report of the dirtiest produce. So go organic when you can and if not, peel the cucumber removing the waxy skin that holds most of the residue. Why? Cucumbers were found to have more than 86 different types of pesticides.

Grapes are a sweet treat that offer a variety of vitamin and mineral health benefits. Unfortunately, a 2015 EWG report also round that a single test of grapes found more than 15 different types of pesticide residues. Buy your grapes organic and wash well. 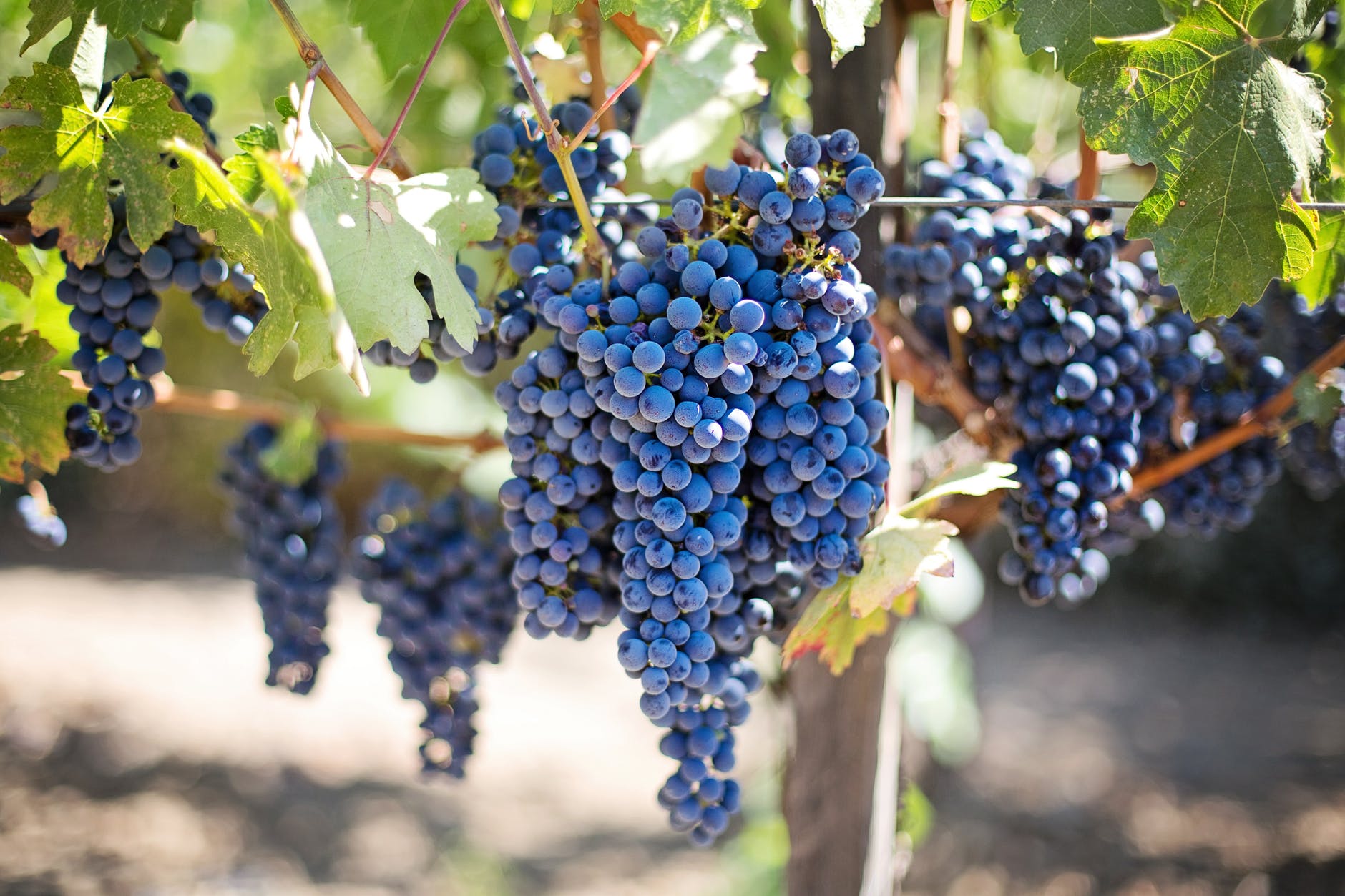 Hot peppers contain a chemical called capsaicin, which can help relieve nasal congestion and even fight against cancer. Unfortunately, conventional peppers also can contain 75 pesticide residues, including known carcinogens and neurotoxins. Can’t find or afford organic hot peppers but looking to add some extra flavor to your recipes? Buy onions instead, since they are tested as a clean vegetable.

Leafy greens are worth the organic investment because the leaves offer more surface area for pesticides to stick and they can be tough to rinse off. Also, you can’t really “peel” kale or lettuce so you’re taking it all in. Be diligent when rinsing and/or soaking greens.

If you eat meat, it’s important to be aware that conventional meat has hormones, antibiotics, and pesticides. The pesticides found in cows, chicken, turkey and other animals comes from their feed which is grown using synthetic fertilizers and herbicides. The negative impact that the hormones, antibiotics and additives can have on your body make organic meat worth the extra money.

A medium-sized nectarine has only 60 calories and is full of healthy vitamins and minerals including lutein, a nutrient that supports healthy eyes and skin. But buy organic when it comes to nectarines. The USDA Pesticide Data Program, 33 different pesticides were found on nectarines and 97 percent of the fruit tested were positive for at least one type making it pretty tough to avoid.

Peaches are full of antioxidants and are a great source of fiber but they’re also likely to contain pesticides making it important to go organic. These fuzzy fruits may be tasty, but 98 percent conventional peaches contained at least one pesticide according to the 2015 EWG report and a single sample test showed more than 13 different pesticide residues. Just no! Craving something sweet but can’t find or afford organic peaches at your store? Buy a conventional cantaloupe. It’s less likely to contain nasty pesticide residue.

Potatoes are a great source of fiber and potassium and they are a naturally great source of energy. Unfortunately, they’re also one of the dirtiest in the product section too. According to the 2015 EWG report, the average potato had more pesticides by weight than any other type of produce. 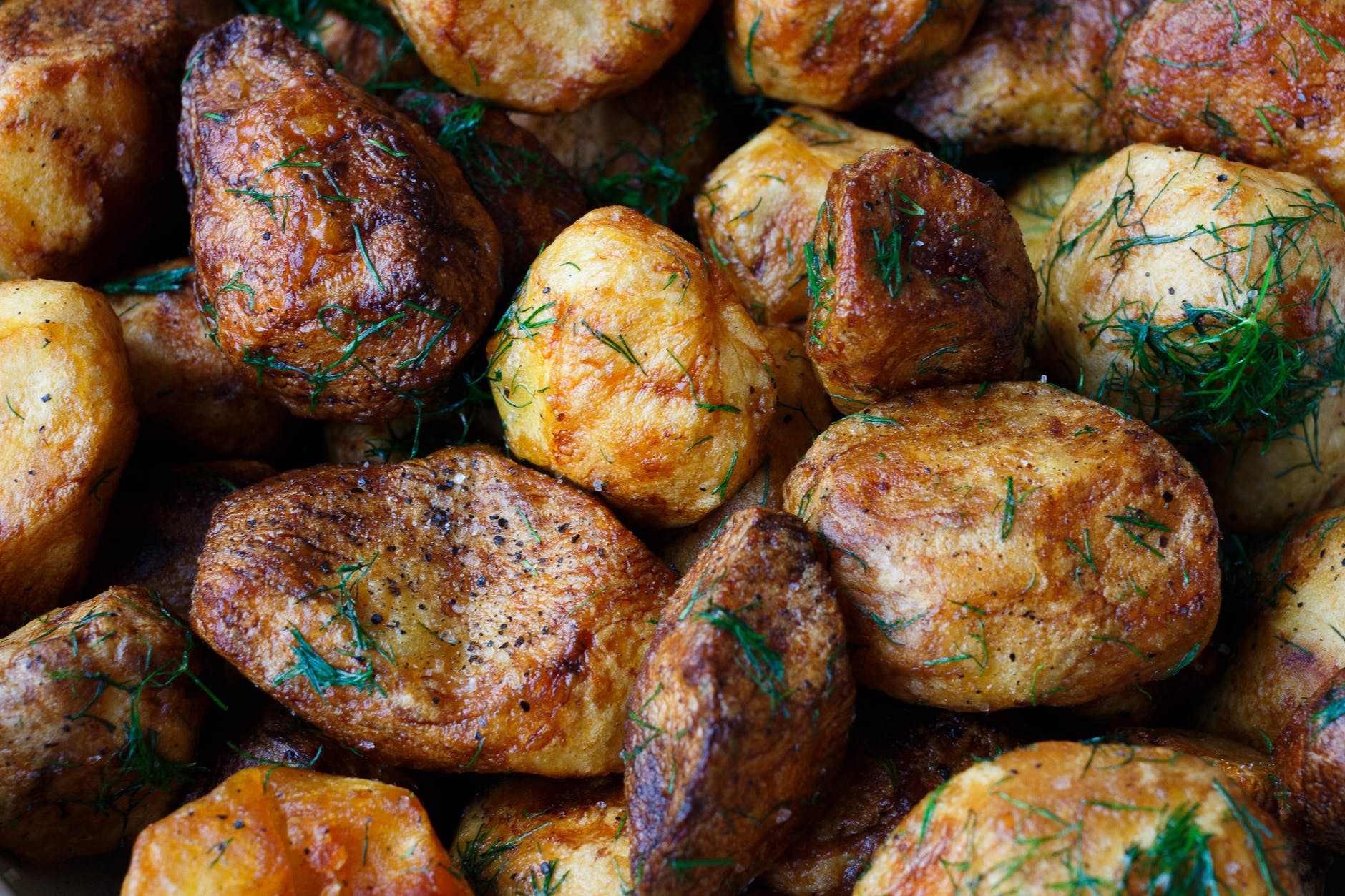 If you eat tofu, edamame, tempeh, etc., be aware that as of 2015, 94 percent of soybeans sold in the United States percentage of genetically modified. A majority of this soybean crop is processed into oil and then incorporated into many packaged foods that you see in grocery stores today, making it important to read the labels and ingredient lists on packaging.