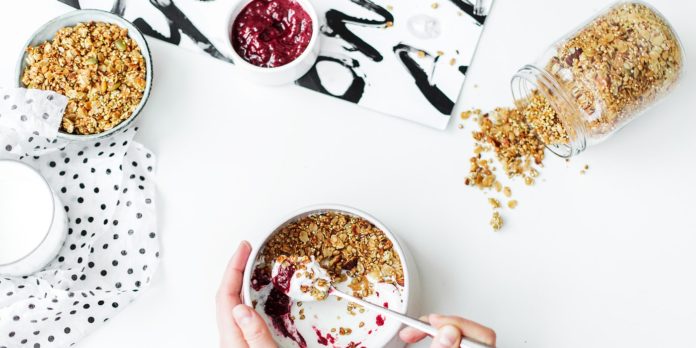 What to Eat After a Morning Run

Running is a crucial exercise that is especially beneficial to your heart and the muscles around your legs. It is perhaps the best type of exercise that affects your whole body positively. It improves your strength and endurance level. It is a great form of exercise that you will enjoy, except you do something wrong after each run.

One of the major things you don’t want to get wrong is your nutrition after exercise. You will need the right post-run nutrition to satisfy the hunger that follows each race and relieve you of the fatigue you feel. So what types of food are ideal for you after running around for a while? Most likely light meals rich in carbohydrates, protein and some vitamins; meals that will energize your muscles and help you to recover your strength in time.

Do you really need to eat after every running exercise? Yes, you must eat some food after running. Here’s why: you use up the energy stored up in your body, and while you are feeling starved, you need to replenish what has been lost after a demanding exercise. The glucose stored up in your muscles is expended as energy, and these muscles are often worn out. The food you eat will produce glucose from its carbohydrates to re-energize your body. Also, the protein content will build up worn and torn muscles. The following are 15 meals you can eat after your morning runs.

14 Foods to Eat After a Morning Run

We know how beneficial the healthy and protein-rich tuna fish is to our bodies. A serving of an open Tuna sandwich is a great post-run meal. Mash a quarter of an avocado and make a fine mixture out of it with a tablespoon of lime juice, a quarter teaspoon of pepper, and a pinch of salt. Spread a slice of white bread with the mixture, chopped onions, and pieces of tuna fish. 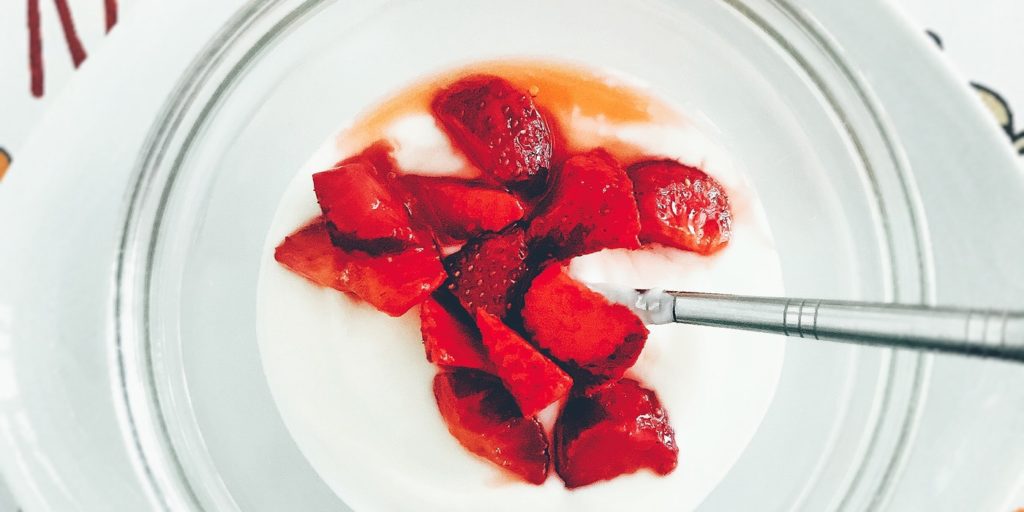 A cup of low-fat yogurt accompanied by a few varieties of fresh fruits is a refreshing, satisfying and nourishing meal you must try after you run. This meal will provide a balanced content of glucose and protein for your body. You only need to get half a cup of fresh yogurt, add a teaspoon of honey, and mix it all with half a cup of raspberries and blueberries or any fruit of your choice.

Smoothies are a great meal choice because they are the easiest to make and just about the richest in natural nutrients. You only need to get the needed fruits and veggies, wash them before tossing them into a blender. So, you will need half a cup of chopped kale, one chopped kiwi, a tablespoon of almond butter, a quarter of an avocado, half a teaspoon of honey and a tablespoon of lime juice. Blend them all and blitz it into a fine green smoothie. You can store this smoothie in a jar and consume about 300ml of it after your morning run.

A bowl of cereals that`s rich in carbs such as oatmeal, is an important meal for your body after running. You`ll be replenishing lost glucose in your glycogen stores in no time. How to make a bowl of oatmeal? Heat half a cup of milk in a saucepan and pour a third of a cup of instant oats into the pan of heated milk to cook. When the oats are soft, pour the cooked oats into a bowl and add a teaspoon of honey, some cinnamon, blueberries, and almonds. Consume half a bowl or a bowl of this cooked oatmeal as you relax after each running exercise.

For a reliable supply of protein that will repair your muscles of their wear and tear after running, a serving of cooked beans and bacon can do the trick for you. Heat two tablespoons of olive oil in a saucepan or pot before adding two strips of bacon to cook till they get crispy. Pour some leftover baked beans into the cooked bacon and stir for about two more minutes before taking the pot of the cooker. You can then garnish this meal with chopped onions and cilantro.

This is another sandwich that provides the carbohydrates and proteins you need after your morning runs. It’s cooler if you have your sandwiches made with wheat bread. You can spread the nut butter on the slices of wheat bread and sprinkle bits of any berry of your choice on them. Eat two of this sandwich at a time after each morning run.

Here`s another balanced meal after your running exercise. Boil two eggs and half of a sweet potato, slice a quarter of an avocado and mix it up with the boiled eggs, potato, pepper and a pinch of salt. This will renew the lost glucose and bodybuilding protein you need after your exercise.

A Bowl of Chicken Breast and Vegetables

This post-run meal is a bowl of cooked chicken with cucumber, cilantro, greens, and spices. Heat a piece of chicken breast and separately make a mixture from half a teaspoon of honey, a quarter of a teaspoon of pepper, and a pinch of salt in lime juice. Pour the mixture of spices over a bowl of sliced cucumbers, tomato, cilantro, and mixed greens. Eat the cooked chicken breast with the mixed greens and veggies in a bowl. A tomato, half a cucumber and a handful of cilantro will suffice for this meal.

Banana pancakes can serve as a post-run nutritional meal too. Mix a quarter of a cup of milk with an egg and half a piece of mashed ripe banana. Make a fine mixture of half a cup of wheat flour, a teaspoon of baking powder and a pinch of salt in a different bowl. Mix both bowls of wet and dry mixtures until they form an even batter. Apply a cooking spray to your frying pan and heat it up before scooping two dollops of the batter into the frying pan. Flip the pancakes over as soon as bubbles start appearing on the edges of each batter. Cool them for two more minutes before transferring them to your plate. Top your banana pancakes with some almond butter and maple syrup. Enjoy two or three pieces of this meal after running.

Here’s another smoothie to enjoy after running. Peel one large-sized banana and throw it into a blender in slices along with a cup of soy milk, half a teaspoon of turmeric powder and a quarter of a teaspoon of fennel seed powder. Blitz them all into one clear smoothie and drink about 300ml at a time. 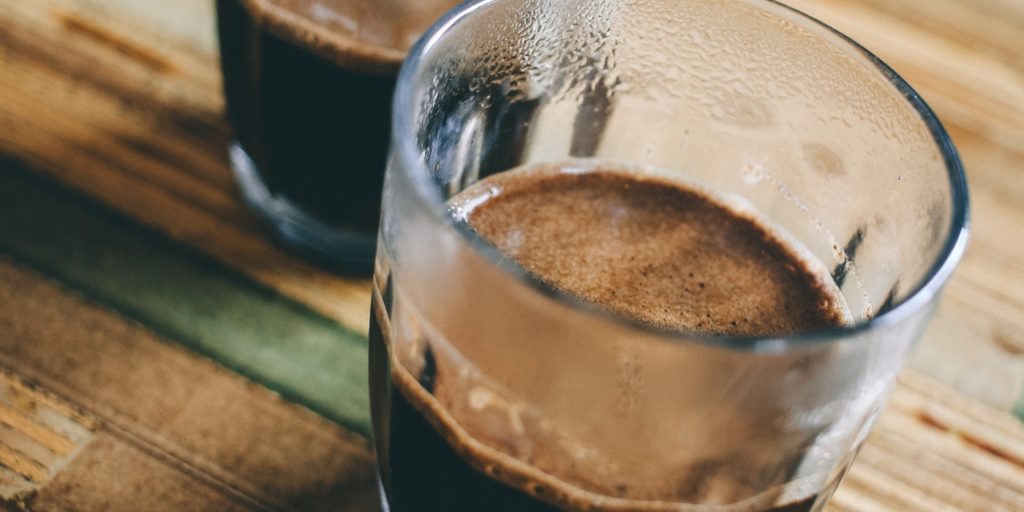 You can also consume a bowl of watermelon salad after your running session. Add about 8 cubes of sliced cottage cheese into a pan of boiling water and cook for four minutes. Pick the boiled slices of cottage cheese and get them to lose their heat. Mix half a cup of cubed watermelon, a quarter of a cup of arugula, half a teaspoon of pepper and two tablespoons of lime juice with the cottage cheese. You can add a pinch of salt to the mix for taste before enjoying this protein and carbohydrate-rich salad.

Here`s another protein and carb-rich salad that makes an ideal post-run meal. Get a bowl, fill it with half a cup of chickpeas and mung bean sprouts, half of a chopped cucumber, half a teaspoon of cumin powder, some little spinach leaves and half the juice of a lime. Mix them together before adding a pinch of salt and a quarter of a teaspoon of black pepper. Your post-run sprout salad is ready!

Milk with Crushed Almonds and Berries

If you aren’t much of a smoothie lover, or you prefer an alternative at times, a cup of milk with crushed berries is the one for you. After running, you can crush a quarter of a cup of almonds with a pestle and mix them in a cup of milk with a teaspoon and some berries.